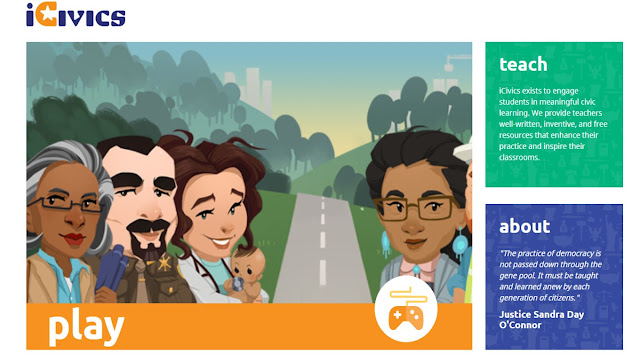 Over the last 10 years, I have dedicated a number of blog posts to retired Supreme Court Justice Sandra Day O’Connor and her passion for civics Serious Games.

Justice O’Connor was the first female Supreme Court Justice of the United States, serving as an Associate Justice beginning in 1981 and for nearly 25 years until she retired from the bench in January 2006.

Back in 2008, I realized that amongst the several Serious Games categories I had been “blogging” about (academic, med & health, corporate and ecology education), the legal stream was the least “populated”.

Therefore, the announcement made by Justice O’Connor at the closing keynote of the Games for Change conference in 2008 about the creation of an online civics learning program for middle school students leveraged by Serious Games drew a lot of attention.

Over the keynote, Justice O’Connor discussed her collaboration with Prof. James Paul Gee and other game and education leaders from Georgetown Law School for the development of Our Courts project, later renamed to iCivics, meant to foster national dialogue about the judiciary system and inspire young people to be more involved in civic life.

Her keynote speech was mainly centered on how the American public had become increasingly distant -- and sometimes ignorant -- of how government works, and why video games and computers would be effective tools for changing that fact.

“If someone told me before I had retired from the Supreme Court a few years ago that I would be speaking at a conference on digital gaming, I would have been very skeptical,” she said at that point.

In August 2009, with the motto “Helping Middle School Students Learn by Doing Civics, Rather Than Simply Learning about Civics,” Our Courts launched the first online civics games - Do I Have A Right? and Supreme Decision. In February 2010, Our Courts released Argument Wars, where players argue landmark Supreme Court cases. Our Courts was creating discovery-based learning games for students and useful classroom resources for teachers. Georgetown University Law Center, The College of Teacher Education and Leadership at Arizona State University and Sandra Day O'Connor College of Law at Arizona State University were the three lead partners in this initiative.

Since 2009, iCivics has been dedicated to reinvigorating civic learning through interactive and engaging learning resources, among them 19 award-winning Serious Games.  The 2013 iCivics Annual Report showed that iCivics teacher network tripled that year, reaching 35,000 educators across 9,000 schools while students across the country played iCivics Serious Games an astonishing 5.9 million times, preparing themselves for civic participation. Approximately half of all middle school social studies teachers in the U.S. relied on iCivics – a significant milestone to reach in four years.

Justice O’Connor continued her passionate advocacy for civic education reform nationally. The Justice keynoted a 2013 civics education conference at Harvard Law School entitled “Why Civics Matters to Democracy, Society, and You”. In September, Justice O’Connor and iCivics partnered with former Senator John Glenn to coauthor an open letter highlighting the importance of civic education across disciplines.

Earlier this month, iCivics announced the launch of NewsFeed Defenders, an online news literacy game created in partnership with Annenberg Public Policy Center, the folks who bring us FactCheck.org.

Yesterday, retired Supreme Court Justice Sandra Day O’Connor, announced her withdrawal from public life. In doing so, she made clear her wish for iCivics to reach all our youth.

Today, in honor of Justice O’Connor, we ask you to visit iCivics.org, log in to your account, and explore a new resource. Perhaps play the recently released game, NewsFeed Defenders.