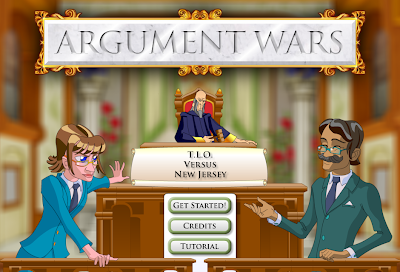 Via: Our Courts - Helping Middle School Students "Learn By Doing Civics" Rather Than Simply Learning About Civics!

Our Courts is a web-based education project designed to teach students civics and inspire them to be active participants in our democracy.

Our Courts is the vision of Retired Justice Sandra Day O'Connor, who is concerned that students are not getting the information and tools they need for civic participation and that civics teachers need better materials and support.

Our Courts hopes to promote civics education in the schools by creating discovery-based learning games for students and useful classroom resources for teachers.

In August 2009, Our Courts launched its first online civics games Do I Have A Right? and Supreme Decision. In February 2010, Our Courts released Argument Wars where players argue landmark Supreme Court cases.

Here is a taste of them! 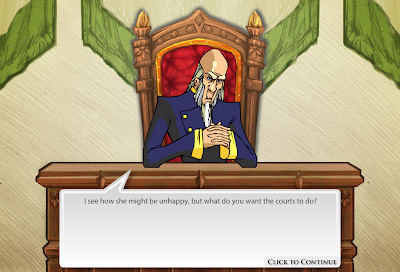 Argument Wars is a game designed to highlight the role of argumentation and reasoning in civic engagement. Step into the shoes of a lawyer and participate in trials ripped straight out of the history books. In order to win points with the judge, you must analyze your arguments and evidence carefully and be prepared to not only back up yours claims, but to pop your opponent's bubble when they make a misstep.

Do I Have A Right? (Filament Games) 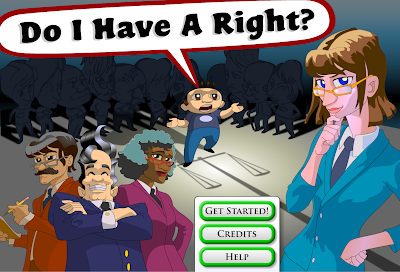 Do I Have a Right? explores the Bill of Rights in the context of operating and growing a Constitutional law firm from obscure to distinguished status.

Hire lawyers with special talents and areas of expertise and assign them to distraught clients with legal quandaries of varying validity. Wield the Bill of Rights like a high power microscope, examine a variety of fun and quirky legal cases, and ultimately become a prestigious purveyor of expert legal advice. 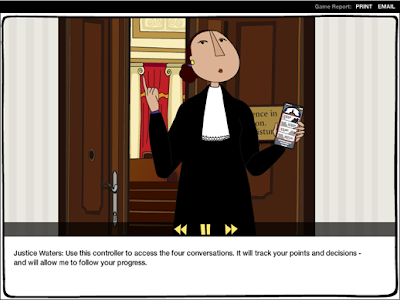 In addition to designing the Our Courts identity and website, Cabengo created the animated online game Supreme Decision with development partner Studio Mobile.

In Supreme Decision, the player is a clerk to a U.S. Supreme Court Justice who must help his or her justice decide a challenging First Amendment case.

In the fictional case, modeled loosely on Tinker vs. Des Moines, a student has been suspended for wearing a T-shirt with his favorite band's logo, against school policy.

Focusing on the affordance of digital media and how it can support student learning and teacher practice, Supreme Decision encourages thoughtful engagement with first amendment issues through a series of internal challenges. Game play involves evaluating animated disagreements between pairs of justices to determine whether the shirt should be given the same protection as political speech or whether the school was justified in the suspension. The playful interface, and charming, quirky illustrations and animations are appealing to middle school audiences.