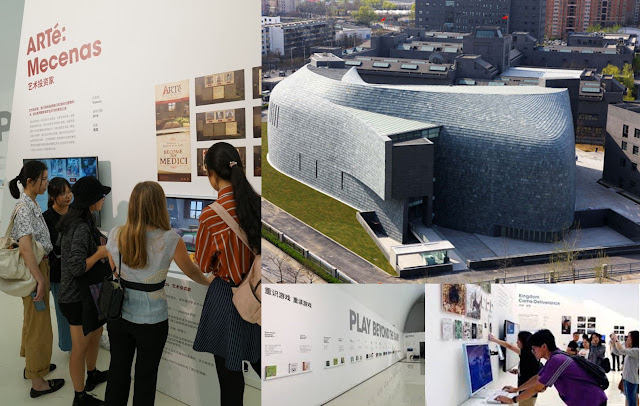 Image credit: Play Beyond the Game exhibit at the CAFA Art Museum in Beijing

Last month, Play Beyond the Game ­- the first grand exhibition featuring Serious Games in China - was unveiled at the CAFA Art Museum in Beijing. Officially opened on September 8, 2018, it was jointly organized by the Central Academy of Fine Arts (CAFA) Urban Design College, the Central Academy of Fine Arts (CAFA) Art Museum and the China’s Culture and Entertainment Industry Association (CCEA) Game Branch. The exhibition remained on view through October 7.

Play Beyond the Game aimed to explore the combination of games with other fields such as art, education and medicine, the functional value and cultural significance of games as well as the development direction of digital entertainment education in China. 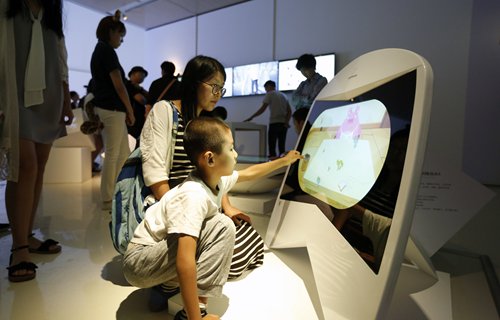 Presenting at the Play Beyond the Game exhibit was Triseum CEO, André Thomas, who also accepted a prestigious Game Academy Award for Triseum's educational immersive art history game, ARTé: Mecenas®, which is part of the art history curriculum at universities across the US (please find also Serious Games Enhancing College-Level Art History Learning). 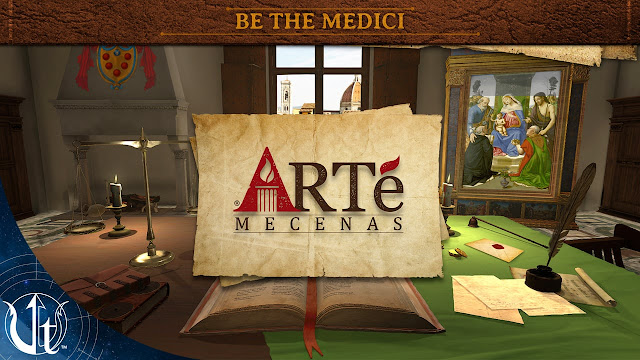 
"China is playing a significant role in the growth of Serious Games on a global scale. We are excited to be a part of this revolution with some of the country's top gaming insiders and thought leaders, expanding our footprint and growth strategy in China," said Thomas.

Triseum's participation in the exhibit added to its recent exposure in the Chinese gaming market.

In June, Triseum announced a partnership with Tencent, a leading provider of Internet value-added services in China, to expand access to Triseum's calculus game, Variant: Limits® (please find also New Serious Game Transforms Calculus Principles Into Visually Engaging Challenges). Tencent is publishing the game, which is being called the Calculus Adventure in the Chinese market, to bring entertainment quality learning games to players across China. The calculus game helps to improve the nearly 38-percent failure rate in the class, which is foundational for all science, technology, engineering and mathematics careers.

Triseum's educational video games, which have been developed in collaboration with the LIVE Lab in the Department of Visualization in College of Architecture at Texas A&M University, mirror the sophistication and imagination of some of the most popular entertainment video games on the market, while staying true to their roots in academic rigor, research and outcomes. 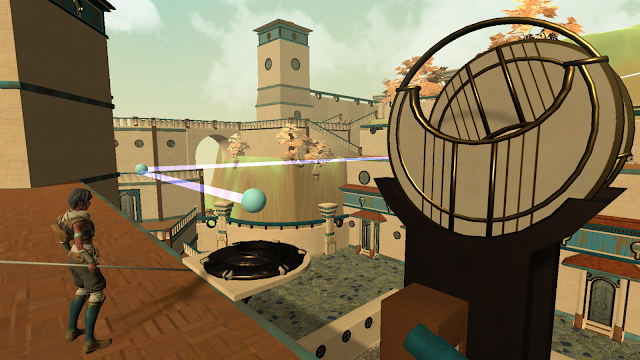 About CAFA
The Central Academy of Fine Arts, located in Beijing, is an academy where culture, history and art are flourishing, and where students and educators enjoy the best art resources in the world. CAFA, as a leading institution for modern art education in China, provides a rich land for those who wish to learn, experience and engage in creativities. It has nurtured quite a lot of prominent artists over the past ninety years.

Triseum grew out of the LIVE Lab in the Department of Visualization in the College of Architecture at Texas A&M University. Education will always remain at the heart of this learning company. Partnering with industry leading experts in gaming and instructional design, Triseum creates entertainment quality, immersive learning games for foundational subjects where high school and higher education students face challenges with engagement, course completion and success. Delivering world-class digital experiences that profoundly impact students while maintaining strict learning efficacy backed by rigorous research, Triseum's bold curiosity means pushing the boundaries of what educational games are all about.

About Tencent
Tencent, a leading provider of Internet value-added services in China, announced earlier this year its comprehensive layout of “Functional Games” (Serious Games) as well as its ambition of systematically exploring the positive social value of games. Tencent has decided to release five categories of functional games, which include traditional culture, frontier exploration, science and technology training, scientific popularization and parent-child interaction. Among them are both works of independent research and development, and outstanding Serious Games made by the domestic and foreign development teams. As the dominant player in the game industry in 2017 in China, it seems Tencent’s ambition is to take the lead in China’s Serious Games.