China On-Track As The Leading Country In VR Classrooms 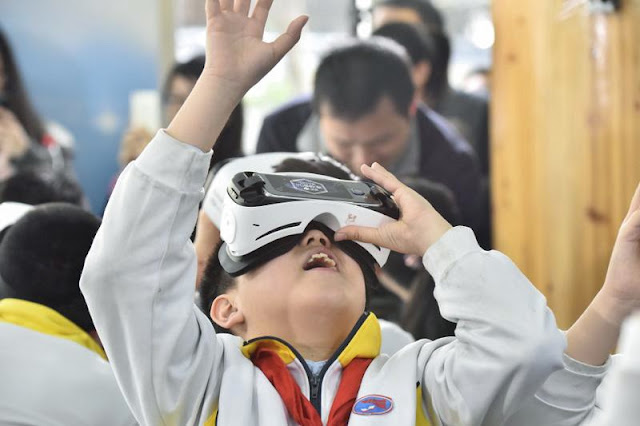 According to Digi-Capital’s Augmented/Virtual Reality Report, the VR and AR industries are forecasted to be worth USD $105 billion by 2022, as almost all industries will incorporate virtual and augmented reality into training programs, products or services.

This kind of projection has not escaped the eyes of governments from several countries taking note and planning for the infiltration of VR and AR across the education sector.

In the article Why Are Governments All Over The World Investing In VR And AR For Education?, Totem Learning Blog brings to our attention that China, through municipal and national governments, has been investing heavily into this industry, more so than other countries, meaning China is on-track to being the leading country in installing VR and AR in the classroom setting across the nation. 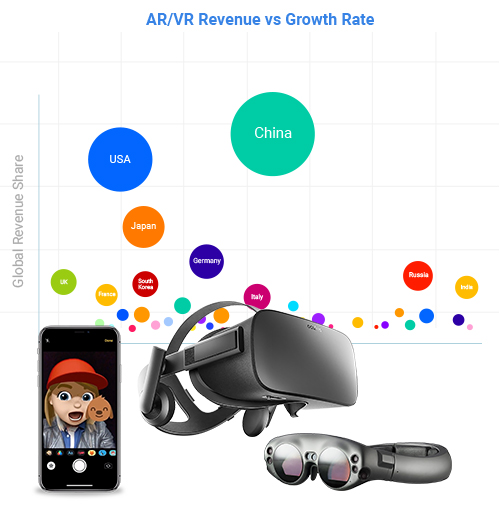 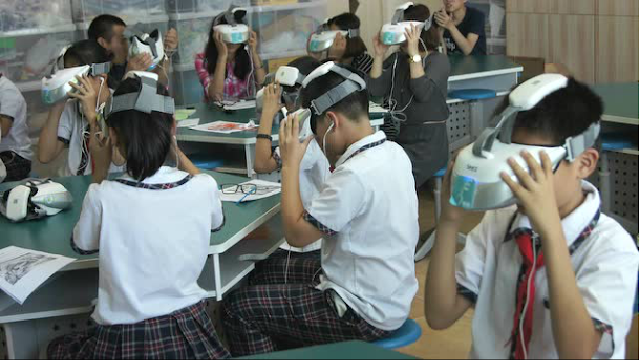 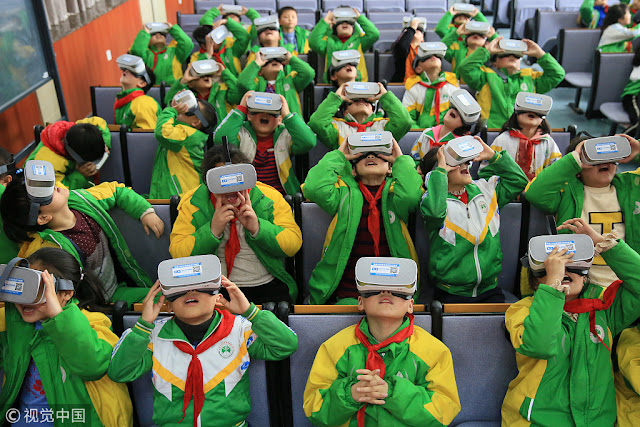 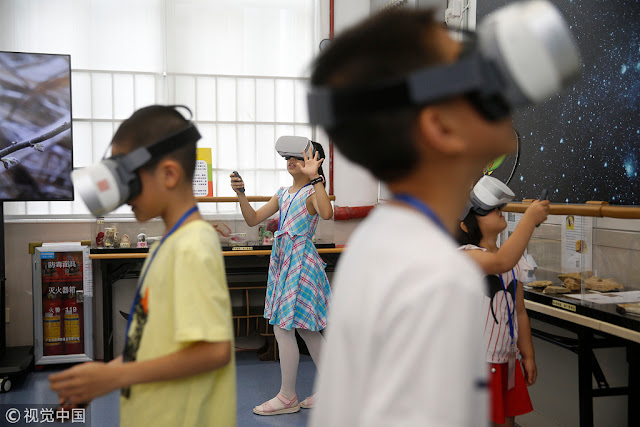 Children watch a science course at a library in Guangzhou on June 1, 2018
Image credit: China Daily

Both Chinese companies and the Chinese government have launched concerted efforts to become leaders in virtual and augmented reality.

On a national level, the Ministry of Industry and Information Technology (MIIT) established the Industry of Virtual Reality Alliance (IVRA) to grow the ecosystem. The alliance includes over 170 partners including private companies and academic institutions such as the Beijing Institute of Technology. The alliance also includes non-Chinese partners, such as Columbia University in the US.

Despite the national level, there is also activity on a local level. Examples include the Shenzhen Municipal Government developing the China VR Research Institute.  The Beidouwan Virtual Reality Town is also being created in the Guizhou Province backed by the Guian government. These are 2 examples of many, and each initiative will dedicate funding and resources to advance training and education using VR.

Education has been a significant focus of the Chinese government, making China one of the most attractive markets globally for VR education.

Strategy Analytics and Huawei’s new white paper, Education and Training Ignite the VR Market – A Win-Win Opportunity for Telecom Operators and VR Players, shows how the transformative technology of VR is having an impact by improving education and training, and the role that operators can play in further improving the uptake of technology for the benefit of students and trainees.

Report author, David MacQueen, said, “VR training and education is literally changing the way people learn, by delivering lessons and training that are either not practical or even possible in the real world. VR improves knowledge retention by bringing personal experience into training and education. Despite being an early stage market, VR education is showing promising signs of market growth, including the increasing investments governments are making in ICT in education, and particularly the Chinese government. Increased funding from governments and other institutions in both China and abroad will continue to grow this market in the coming few years.” VR provides one of the most important aspects of learning that no other technology can match - experience. VR education has the power to change how we learn.

The biggest driver for VR education market is the education reform in Chinese public schools. These schools are transforming their education mode from traditional “force-feeding” to heuristic interactive teaching. In this transformation, schools have strong demand for new technologies and solutions to provide students new experiences.

The markets for VR education and VR training are very different, with a different client base, different funding and different business models. So despite many similarities in terms of technology, the typical pattern is that companies act as providers of either VR education or VR training, but typically not both.

As well as the hardware, the company provides a range of education software, allowing teachers to begin using VR immediately. The software includes a VR content production engine and class management system. The engine can help students to develop their own VR contents. The class management system enables teachers to manage and control the learning experience and students’ behavior. VRSCHOOL also provides value added services, such as class development and teacher training

Traction: Currently, the hardware generates around one third of total revenue, and software and content contribute the remainder. The company has achieved positive cash flow in 2017, and expects the overall market to double in 2018.

NetDragon Websoft Holdings Limited is a creative force in China’s online gaming and mobile internet industries. 2016 was the first year the company’s revenues from education overtook revenues from what was previously its core gaming business.

Net Dragon’s focus in VR education is mainly on the VR professional education and developer training, while they are also using VR to improve regular (K-12) classes.

NetDragon is collaborating with China’s Ministry of Education (MOE) for the Vocational Student VR Skill Competition, and more than 300 vocational schools are involved. NetDragon is working with MOE to establish VR labs in colleges for teacher’s training and support VR start-ups by students. MOE has provided RMB 260 million funding for the VR labs, with a target to establish 200 labs in Chinese colleges. NetDragon founded a VR Education Alliance for the continuing education schools. The schools in the alliance can share VR education content to accelerate the adoption of VR education.

Traction: NetDragon’s overall education business (including VR but also other education technologies) recorded revenue of RMB 2.1 billion for the year 2017, up 37.9% year-over-year. In China, revenue increased at an even faster rate, by 82.2% year-over-year.

Released on June 29, 2018, the white paper can be downloaded at
http://www-file.huawei.com/-/media/CORPORATE/PDF/ilab/education-training-ignite-vr-market-winwin-opportunity.pdf