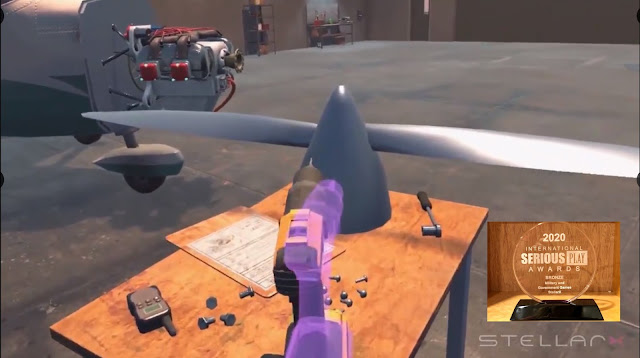 Image credit: StellarX by OVA has won Bronze Honors in the 2020 International Serious Play Awards
StellarX, developed by OVA, has been awarded a bronze medal for its excellence in the 2020 International Serious Play Awards competition in the Military or Government category.
StellarX is a user-friendly, AI-enabled content creation platform for Augmented and Virtual Reality that is accessible to (literally) everybody, empowering non-programmers and non-designers to create their own immersive environments. StellarX does not require coding and is compatible with a variety of commercially available XR systems.
OVA, a studio based in Quebec, Canada, believes content creation process should be as natural and intuitive as possible – a simple drag-and-drop, grab and go, point and click, or set it and forget it. As a result, OVA has transformed the creative process so that abstract notions can be expressed in a more physical and spatial manner, which is a fundamental shift from the traditional two-dimensional interaction we are accustomed to. 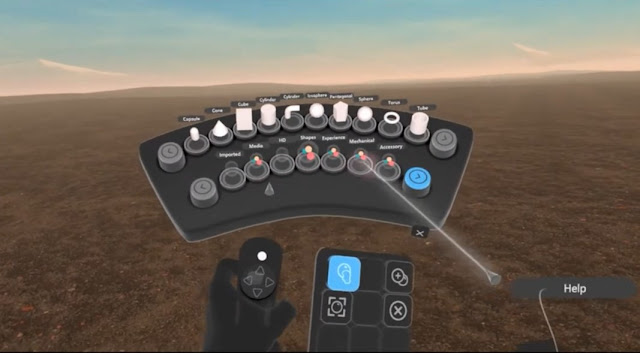 Image credit: StellarX by OVA - Updated UI and Mechanics
StellarX empowers anyone to create collaborative simulations in Virtual, Augmented, and Mixed Reality—without code.
StellarX allows players to create an immersive space that’s totally theirs. They can use XR to simulate industry-specific environments that are relevant to their field, starting from scratch or using an existing template, creating context with StellarX assets or importing their favorites.
About OVA
Founded in 2014, OVA’s platform has enabled customers to implement XR to their daily activities to streamline their business operations.
Partnering with industry leaders such as HTC, Varjo, Alienware, and ellicom as well as academic labs across Canada has allowed them to make significant advances in cutting-edge technologies. Such undertakings have earned them a solid position in the industry, along with some notable awards such as the highly coveted Brandon-Hall Excellence Award in the Technology category, and an OCTAS Award for Best Startup.
OVA has developed Virtual and Augmented Reality experiences for clients such as Bombardier, the Royal Canadian Navy, Hydro-Québec, and Northwell Health, New York's largest hospital network.