Image credit: StellarX by OVA
ORLANDO -- August 4, 2020 - Two games created for use in Military or Government Training have been awarded for their excellence in the 2020 International Serious Play Awards Program
A Silver Medal was awarded to:
Contagion, a game of ideological domination. The goal of the game is to win by either controlling regions or by converting population to follow your ideology. The game has four main factions. Player use agents to gain support for their ideology and to turn away the population from another faction's ideology. Players learn speed and maneuverability in a confronted situation. Contagion was developed by the Naval Postgraduate School for use by the Department of Defense. 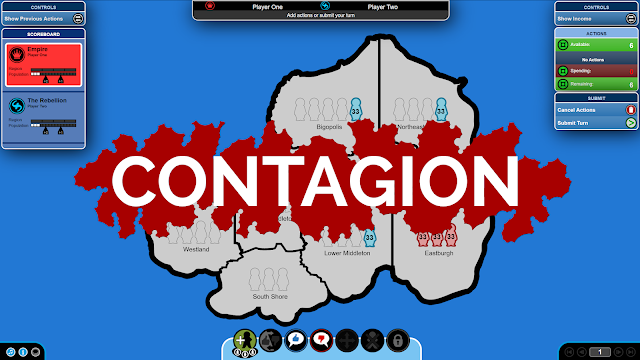 Image credit: Contagion by the Naval Postgraduate School for use by the Department of Defense
A Bronze Medal was awarded to:
StellarX, a user-friendly AI-enabled technology platform that allows users to create a virtual reality (VR) environment that can be used for training, simulations, design thinking, operations, and maintenance or even layout configuration planning.
StellarX does not require coding and is compatible with a variety of commercially available VR systems such as HTC Vive, HTC Vive Pro, Oculus Rift, Oculus Rift S, and Windows Mixed Reality. StellarX was created by OVA, a studio based in Quebec, Canada. 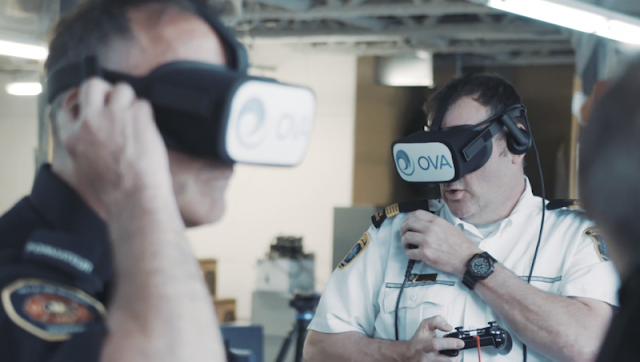