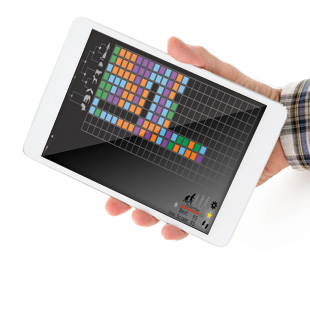 Via: The Scientist – Games for Science by Dan Cossins

The Scientist Magazine published earlier this month a must-read and extensive article addressing how scientists are using Serious Games to tap the collective intelligence of people around the world, while doctors and educators are turning to games to treat and teach. (Please find also Serious Games Uncover Principles For Designing RNA Molecules and Solving Real-World Problems w/Games).

The first section of the article is entirely dedicated to Playing Science, while the second one addresses Learning Science with Games and the last section covers a number of Health Games.

Here are the highlights for the first section, that emphasizesThe Power of Competitive, Multiplayer Online Serious Games. By encouraging people to engage with complex research problems in a fun and intuitive way, such Serious Games can inspire a new type of citizen scientist —one who may find novel solutions that the professionals have missed.

First section opens with EteRNA, the online Serious Game in which players arrange colored discs into two-dimensional chain-link shapes and where the discs represent nucleotides, and the patterns they form are blueprints for RNA molecules.

Every 2 weeks, the best designs—voted for by the players themselves—are synthesized in the lab by the Stanford University scientists who helped to create the game, and observations about how the resulting molecules behave are relayed to the players. That feedback informs the development of new playing strategies, which in turn help the scientists to better understand the rules of RNA folding and function. 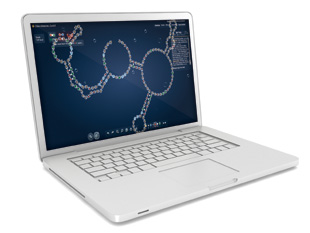 The article proceeds with Foldit, the first and arguably most influential research game.

Created by structural biologists and computer scientists at the University of Washington in Seattle, Foldit challenges players to work out the three-dimensional structures of proteins by folding chains of virtual amino acids into optimal configurations. 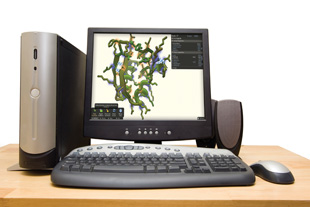 In September 2011, Foldit players made a breakthrough: they solved the structure of a retroviral protease of the Mason-Pfizer monkey virus, which causes an AIDS-like disease in monkeys—a problem that had stumped scientists for a decade. The study was published in Nature Structural and Molecular Biology (18:1175-77, 2011), listing the Foldit Contenders Group and the Foldit Void Crushers Group among its authors.

In comparative genomics, multiple sequence alignment (MSA) is used to identify functional elements of the genome and possible disease triggers. If a particular sequence is conserved across different species, it is likely to have an important function; and if such a sequence is mutated in people with a particular disease, it may be the cause.

But the computer algorithms employed to perform MSA don’t guarantee perfect accuracy, this is where Phylo steps in  —an online Serious Game that transforms the MSA problem into a simple puzzle that anyone can play. The aim of the game is to improve the sequence alignments of the promoter regions of hundreds of disease-related genes from 44 vertebrate species. The sequences are presented as several rows of blocks, color-coded to represent the four bases of DNA, and players shift the sequences left or right in order to find the best possible match for up to eight different species at a time. 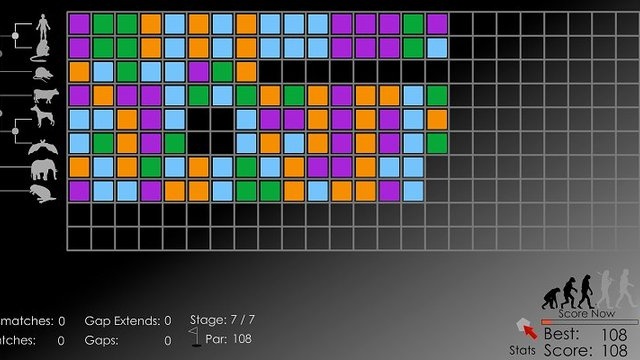 Within 7 months of its November 2010 release, Phylo had more than 12,000 registered users and 3,000 regular players. And they've proven themselves worthy: 70 percent of the roughly 350,000 MSA solutions generated by the Phylo community are more accurate than those generated by the best computer algorithm.