The Value Of Realness: Social Serious Game To Simulate Running A Real Country

On my prior posts EpicWin: Serious Games And Real Life Colliding In Unique Ways and Anecdotal Evidence: Serious Games As Persuasive Game-Life Integration,  I stated that Jesse Schell’s talk at Dice 2010 did represent a “stake in the ground” for game designers getting sensitive to the rising of new core values for game creation, among them the value of "realness", the value of rewarding game-life achievements and the value of embedding games in our everyday lives.

Here is a brand new piece of hard evidence.

Shadow Government is spearheading an entirely new form of social gaming based on the gamification of real countries, systems, and worldwide events.

With offices in New York City and in Zurich, the company is co-founded by Margaret Wallace and Nick Fortugno (both of Playmatics) and Phillipe Trawnika. This financing round for Shadow Government is backed by several prominent Swiss-based business angels. 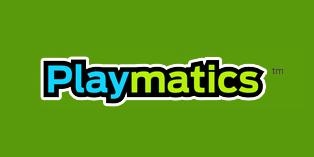 In partnership with The Millennium Institute, the creators of the most broadly used real-world government modeling software, Shadow Government will enable an entirely new form of social gaming based on the gamification of real countries, systems, and worldwide events.

“The company plans to use the investment capital to foster a worldwide Shadow Government network based on running gaming simulations of this real-world model,” says Trawnika, Chief Financial Officer, Shadow Government.

The prospect of blurring the lines among reality, governance and entertainment was extremely appealing for gaming veterans Fortugno and Wallace and Trawnika.

“Up to now, this tool has only been in the hands of governments and policy-makers to use and to test out real-world events,” explains Wallace, Chief Executive Officer, Shadow Government. “Now, for the first time, anyone with an iPhone or Android can ‘play’ at what it’s like to simulate running a real country.” Claiming astonishing accuracy in terms of playing out and predicting real world events, conditions and outcomes, she continues: “Let’s see if, using the model provided by The Millennium Institute, this Shadow Government can do a better job of managing actual events and world crises compared to our real-world counterparts.”

Social gaming, especially gaming online and via mobile devices, is a rapidly growing market. A recent Microsoft Tag infographic shows that there are approximately 1.08 billion smart-phones in use today. By 2014, mobile Internet will take over desktop Internet usage. On average, people in the United States alone spend 2.7 hours daily socializing using their mobile devices. It’s also been reported that 61% of smart-phone users play games on these devices. Shadow Government aims to take advantage of multiple gaming platforms.

About The Millennium Institute
The Millennium Institute (MI) is an independent nonprofit organization committed to promoting systems literacy and dynamic modeling tools to attain sustainable development worldwide. By providing these tools, MI empowers people and governments to build societies that are peaceful, equitable and sustainable. MI’s core tool is Threshold 21 (T21).

About Playmatics
Playmatics builds highly engaging games and user experiences on the Internet, in social media networks, and on a variety of connected gaming platforms.