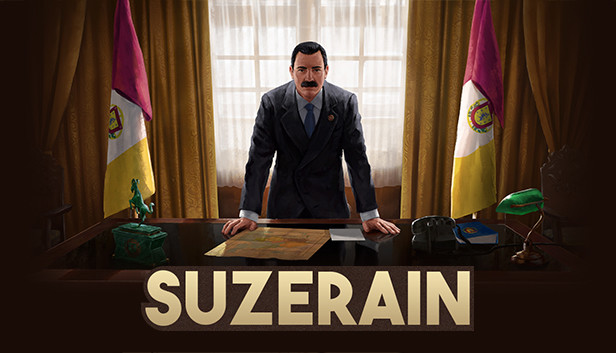 Founded in 2017, Torpor Games is an indie video game company based in Berlin that focuses on creating thought-provoking entertainment.

The company’s first title, Suzerain, has recently won the Best Expert Game at the German Game Awards 2021. It is a Serious Game that allows players to experience leading a country in political turmoil. The publisher, Fellow Traveller, is an indie games label exploring the possibility space of narrative games. They seek out and partner with pioneering game developers working on unusual games with narrative at their core.

Suzerain is a text-based RPG where you play as President Anton Rayne, managing the country of Sordland in your first term. Sordland has been under the leadership of Colonel Soll for the past 20 years, after he ended a bloody civil war. A military dictator, he eventually lost the support of his party, and decided to resign, albeit maintaining a controversial position as a Member of Honor. In his absence, you win the 1953 elections and are expected to shape the nation of Sordland as you see fit and carve out your legacy.

With over 400,000 words, Suzerain is as much like playing a game as reading a novel and choosing the next move. There isn’t a right answer or an explicit winning scenario. It is about strategic decision-making and choices. Decisions generally are distinct from the choices presented by reforms and bills. 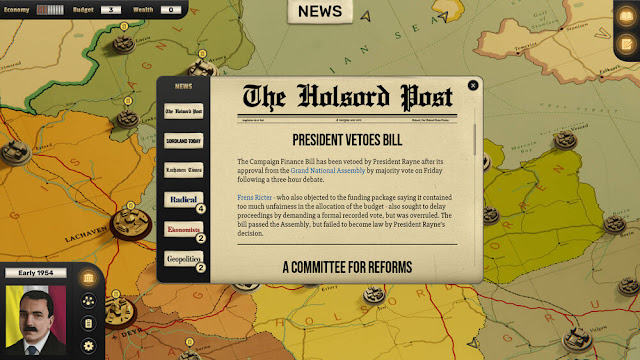 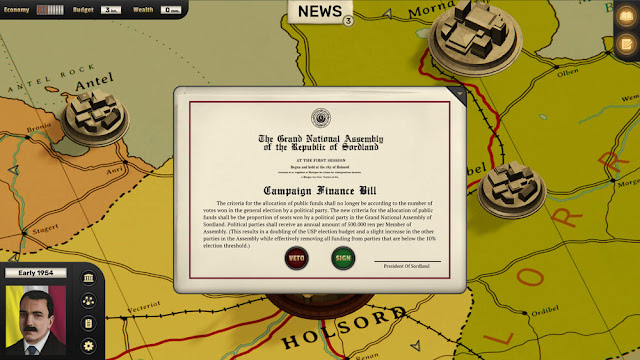 Most of the decisions you take will appear written in the journal, detailing the path you chose.

By choosing conversations and life paths, players use their skills of persuasion and political values to reform a fictional country. You must find your own way through the complicated political landscape of your presidency and lead Sordland into ruin or repair during your first term.

In 1954, the country of Sordland is emerging from the 20-year dictatorship of Colonel Soll, following a bloody civil war. Now Soll is gone but his political party is still in control of Sordland — until a charismatic young man, Anton Rayne, surprises everyone by rising to the top of the party and getting elected as the new President of Sordland.

In the game, you roleplay Anton Rayne, a man who by whatever shape or form you give him becomes President of Sordland. The introduction is simple, as is most of the game, but detailed. You have the opportunity to work through several aspects of Mr. Rayne’s childhood, adolescence and into his adulthood and career, molding not only him but some of his policies and leanings. It’s a great way to do it, and it also sets up your expectations for how the game will work, and what kind of President you are creating. 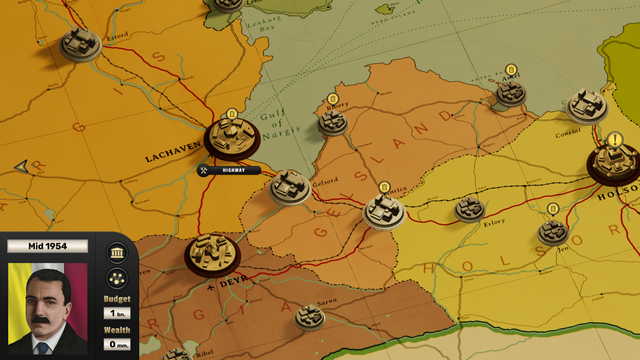 Suzerain takes place in the fictional country of Sordland on the continent of Merkopa.

After decades under a traditionalist power, people are hungry for democratic reforms. The economy is in shambles and the political landscape is shifting. Neighboring superpowers are watching closely, and there are military threats on the horizon.

As President Anton Rayne, the game challenges you to pull the country out of recession and meet the demands of people for reform, working closely with the Cabinet members to forge strong government policies and practices while keeping Sordland out of war. You will tackle difficult choices on immigration, healthcare, law enforcement, and more. Even outside the office, your beliefs will be challenged among your friends and your family.

It is through interactions with the enormous cast of characters in Suzerain that you govern and create policy. You have your inner circle of political advisors, a fractious cabinet of ministers who have quite different political visions and personal goals, a broader landscape of important politicians and leaders, and an international community full of fellow heads of state. Most decisions you make will occur after hearing your ministers and advisors argue their sides of an issue, and then you have to make a call. 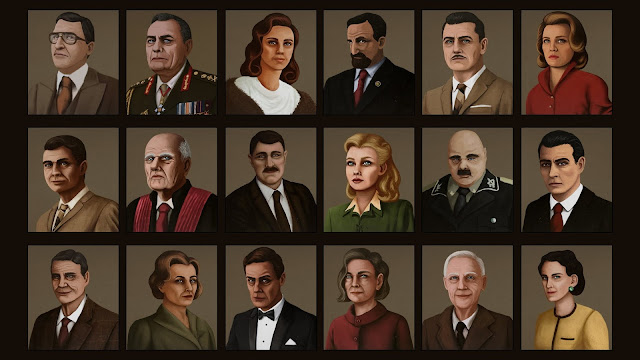 Interact with a wide array of characters with different personalities and ideologies.

Suzerain gameplay is somewhat similar to a choose-your-own adventure book, so you are going to read as things happen or as people talk and then make dialogue choices to advance forward. 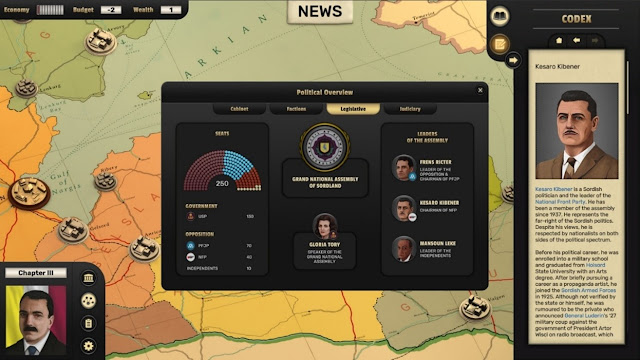 Follow the situation in Sordland through reports and news.

More than just a political drama, Suzerain lets you craft an individual narrative for the president of Sordland. According to Taming Gaming:

“The dense text of this game is best suited for mature players who don’t mind reading long letters, manifestos, and wordy conversations. The expanse of information at your fingertips is key for the complex world-building and makes for a believable political experience. This offers an educational opportunity for anyone wanting to expand their understanding of foreign policy, relationship building and the dynamics of a cabinet or senate.”

The title is available for both Mac and Windows platforms.