Game-based Makerspaces Blend Gameplay With The Power Of Creation 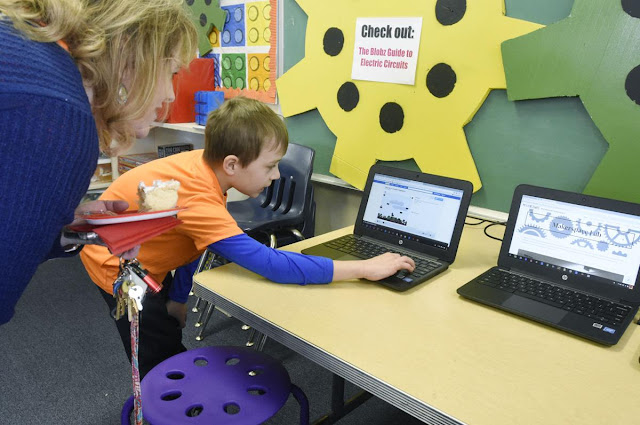 “Computer science has taken a priority slot for K–12 teachers, as experts forecast a majority of jobs will incorporate some kind of coding skills or computational thinking by as early as 2020,” states Zimmerman.

One way that schools are engaging students is by introducing coding activities in Makerspaces, where students can use the creative culture to start establishing the building blocks of computational thinking.

Coding has taken the educational world by storm, especially with the introduction of mandatory computer programming curriculum across the globe. Some educators and experts are calling it the “new literacy”. 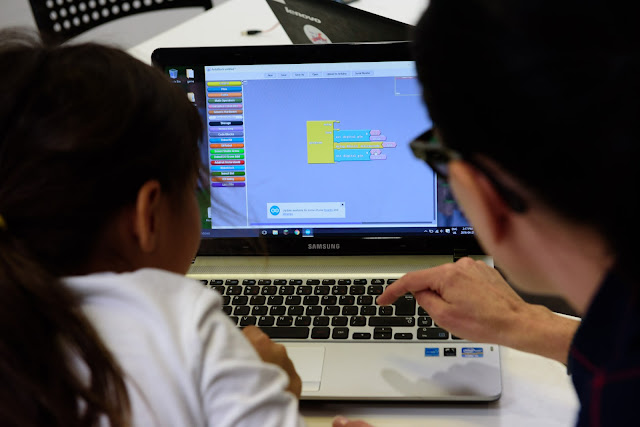 Traditionally, computer languages were reserved for college level students and were intensely complicated with syntax. Coding has never been more accessible to students of all ages! Thanks to block based coding languages such as Scratch, the free program from MIT, students and teachers can learn to code in a safe and easy environment. Four and five-year-olds can learn the foundations of coding and computer commands before they can even write and spell words.

A lot of coding apps use the idea of game creation as a learning basis. Beyond the practical reasons for learning how to code, there’s the fact that creating a game or animation can be really fun for kids.

Coding is Part of the Maker Movement!

The maker movement has been growing steadily for more than a decade. It has been enthusiastically embraced by curious kids of all ages, and the movement has gained an increasingly strong foothold in K–12 classrooms and libraries, where it is also called maker education.

“Maker Education” is a term coined by Dale Dougherty in 2013 in his book Design, Make, Play: Growing the Next Generation of STEM Innovators (ISBN 978-0415539203). It is an approach to problem-based and project-based learning that relies upon hands-on, often collaborative, learning experiences as a method for solving authentic problems. People who participate in making often call themselves "Makers” of the “Maker Movement” and develop their projects in “Makerspaces”, which emphasize prototyping and the repurposing of found objects in service of creating new inventions or innovations.

Culturally, “Makerspaces”, both inside and outside of schools, are associated with collaboration and the free flow of ideas. In schools, Maker Education stresses the importance of learner-driven experience, interdisciplinary learning, peer-to-peer teaching, iteration, and the notion of "failing forward", or the idea that mistake-based learning is crucial to the learning process and eventual success of a project.

Game-based Makerspaces leverage the idea that playing games is a way to engage students, but making games can be even more absorbing.

In his article Creating Game-Based Makerspaces, Brian Mayer, a gaming and library technology specialist at the Genesee Valley (N.Y.) Educational Partnership, addresses different ways of blending games and play with the power of creation and Makerspaces. His work utilizes game design as way for students to demonstrate concept understanding and mastery throughout the design process and in the finished product. Working with classroom teachers and school librarians, he helps guide students through designing a game around the curriculum being covered in class.

“Students begin by playing games that introduce themes, mechanisms, and styles of play that can later be used as reference resources during the design process,” says Brian. “Students then brainstorm game ideas and pitch them to the teaching team for thoughts and feedback. Once students have a game concept, they work in groups to develop their designs, meeting with the teaching team intermittently for feedback and direction from both a curricular, as well as a design approach. The project culminates with students playing each other’s designs and providing reflections on both the process itself and the other group’s designs.”

The nonprofit organization Maker Ed has been a formidable facilitator for bringing maker-centered learning to students across the country, both inside and outside of schools. The group was founded in 2012 as the Maker Education Initiative by Dale Dougherty, widely known as the leader of the maker movement and the founder of Make Magazine and the popular Maker Faire events across the globe. Dougherty’s company, Maker Media, is a major funder of the Maker Ed organization, as are Intel and Pixar Animation Studios.

Maker Ed, the organization, focuses on “educators and the institutions they work for” by providing training, professional development, and support for educators who want to engage their students with making activities. Maker Ed’s flagship program is called Maker Corps. Maker Ed trains makers for the Corps so that they can travel to various host sites in all 50 states and bring making to kids at museums, science centers, libraries, summer camps, and other partner agencies.