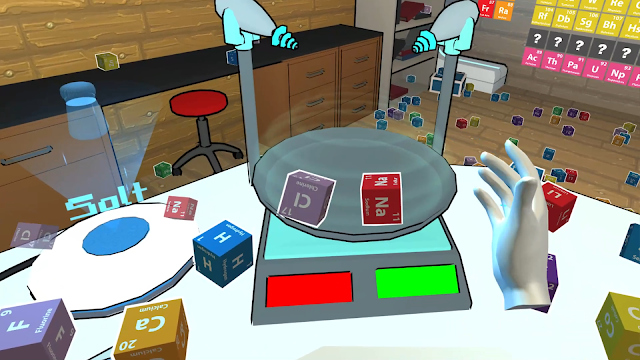 
Tablecraft, developed by the Florida Interactive Entertainment Academy (FIEA) at the University of Central Florida, was selected as a finalist in the 2018 Serious Games Showcase and Challenge in the Student Category.

Aimed for middle-schoolers, Tablecraft is a virtual reality game that increases player familiarity with the Periodic Table of Elements.

The Periodic Table (also known as the Periodic Table of Elements) is organized so scientists can quickly discern the properties of individual elements such as their mass, electron number, electron configuration and their unique chemical properties. Metals reside on the left side of the table, while non-metals reside on the right. This periodic table of the elements with names, atomic number, symbol and mass is color-coded for easier reference by students and researchers.

As stated by VRScout, “With complex compounds of elements and molecules coming together to form the very fabric of our existence, there are very few scientific disciplines more daunting than that of chemistry. This goes double for kids being introduced to the complicated subject for the first time. Tablecraft is out to squash those nasty preconceived notions by making the memorization of the periodic table a fun and engaging experience. Developed by a team of US-based Fulbright Scholars, Tablecraft takes advantage of VR’s immersive capabilities to deliver a unique educational experience in which users not only learn the various different elements, but their attributes as well.” 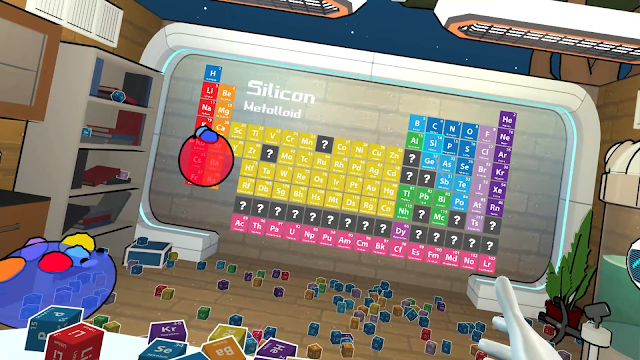 Tablecraft helps players conceptualize the objects in their day-to-day life as being made of elements, and of certain elements having properties that are relevant to how that object looks, feels, or behaves. The game also teaches players about the subatomic particles which make up an atom, and how different numbers of particles in an atom changes an element’s properties.

Placed in a playful laboratory setting, users can combine tangible versions of each element to create new objects and view the result of their hard work in real-time. A handy guide is available at all times to show exactly which household objects can be created using which elements. 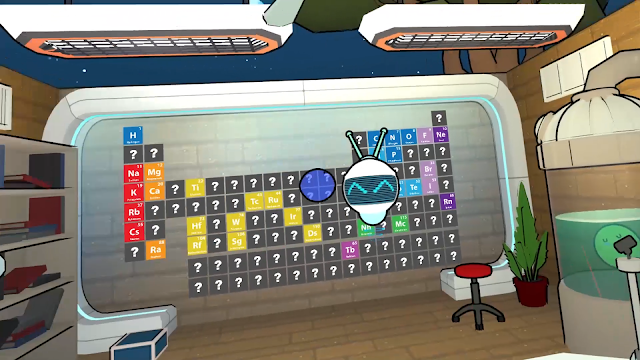 Tablecraft Assistant - Image credit: UCF FIEA
Gameplay
“To further demonstrate the effects of these newly-discovered elements, users are also given access to a handful of experimental “blob” creatures to use as adorable test subjects. For example, once you’ve discovered Helium, toss its cube into your new pal to watch it start floating. Got your hands on some Radium? That’ll give you a blob that glows in the dark, but could also make your other blobs sick due to radiation poisoning.” 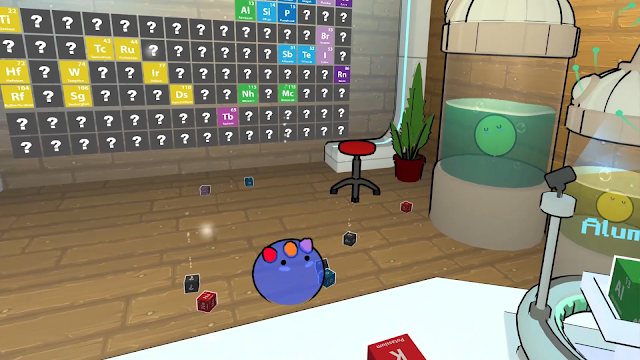 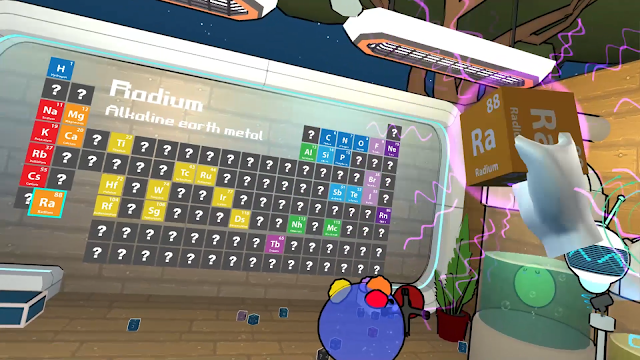 
The primary end-goal in Tablecraft is to discover all of the Elements and complete the entire periodic table. It is a sandbox game, so it is not always strictly challenging, so much as discovery-oriented. That said, players who use or develop their knowledge of which elements an object is made of, or what group an element belongs to, will be able to engineer blobs more precisely, and reach the end of the game more quickly! 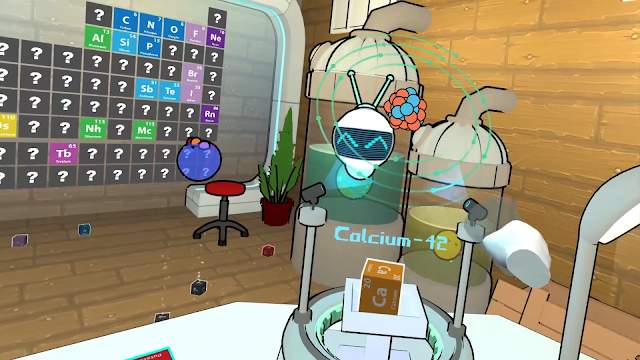 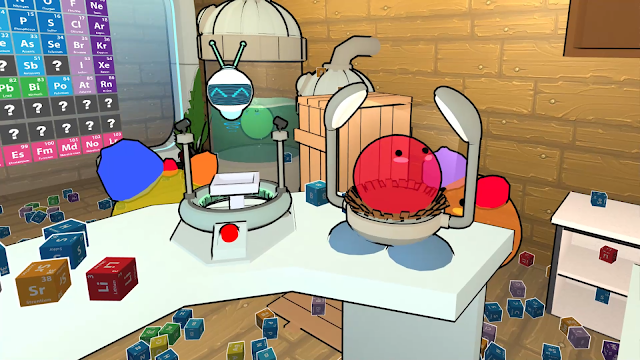 
“By providing a light-hearted environment that ditches boring beakers for experimental blob creatures, the team hopes to deliver a fun experience in which users don’t even realize they’re actively learning. Tablecraft’s decision to show the effects of chemical combinations rather than simply tell could bring a new level of interest to the discipline,” VRScout concludes.