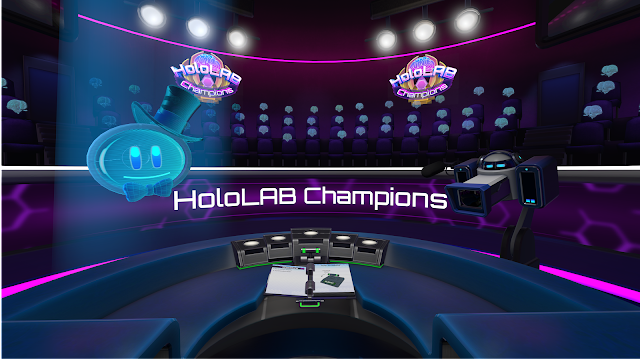 
HoloLAB Champions, developed by Schell Games, was selected as a finalist in the 2018 Serious Games Showcase and Challenge in the Business Category.

HoloLAB Champions, a virtual reality (VR) game about chemistry lab practice, provides students with a safe, fun space to practice basic lab skills. Gameplay occurs at a virtual lab desk and uses a virtual lab notebook to guide students in the HoloLAB. The game has state-of-the-art simulation of liquids and solid powders, enabling students to really feel like they are pouring into beakers or scooping powders into weigh boats.

Designed as a virtual reality game show, players must finish experiments safely and accurately, with guidance and witty commentary provided by the holographic hosts Earl and Meyer. In the game, players complete a series of mini labs that illustrate standalone basic lab skills, followed by a longer final lab where skills are combined to form a complete experience.

Intended for high school students between the ages of 14 and 18, performance in HoloLAB Champions is scored along three domains: accuracy, safety, and speed. The player earns an accuracy score, loses points based on safety, and then earns a speed bonus. 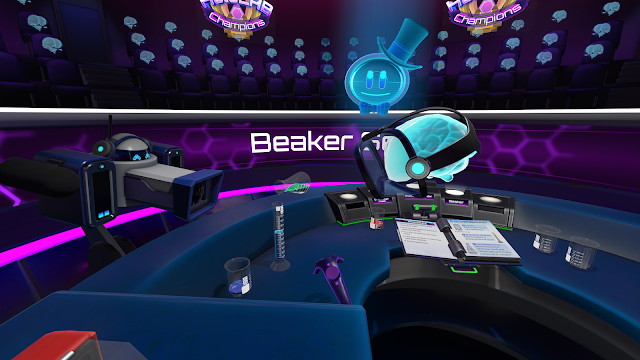 Your holographic host, Earl, and camera-bot sidekick, Meyer, guide you through a series of mini-labs that lead up to a final lab challenge
HoloLAB Champions - Image credit: Schell Games 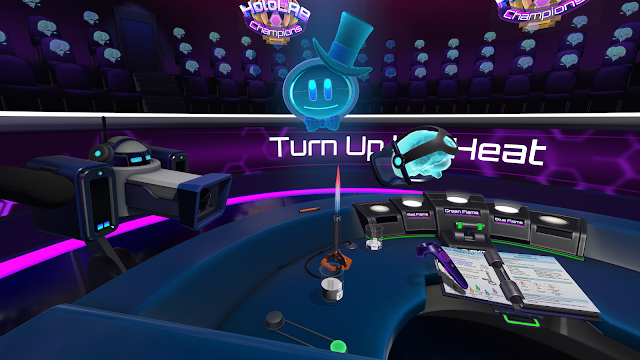 Gameplay
This single-player game puts the player into a laboratory “game show.” The player will complete a series of mini labs that teach basic lab skills (such as measuring, using a Bunsen burner, etc.) followed by a longer final lab where the player combines these skills to complete the experiment. The game is intended to be played individually, either in school or at home; however, special features in the game, as well as a useful classroom guide, help teachers implement the game easily into a classroom setting, where multiple people can participate by guiding and helping the player complete the required tasks.

The game has two episodes. Each episode is designed to last approximately 30-40 minutes:
·         Chemiluminescence: Players mix together the correct amounts of various liquid and solid ingredients to create a solution that glows.
·      Identify Unknowns: Players are presented with a set of unknown substances. They also are given limited amount of reference information regarding these substances. Armed with these tools, players are expected to use the reference information and lab equipment to correctly identify each substance. In the end if they are successful, they create fireworks. 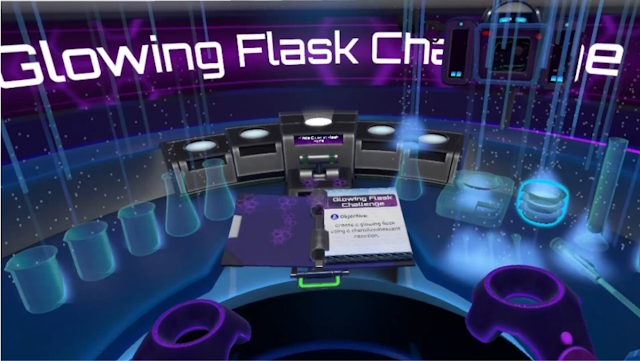 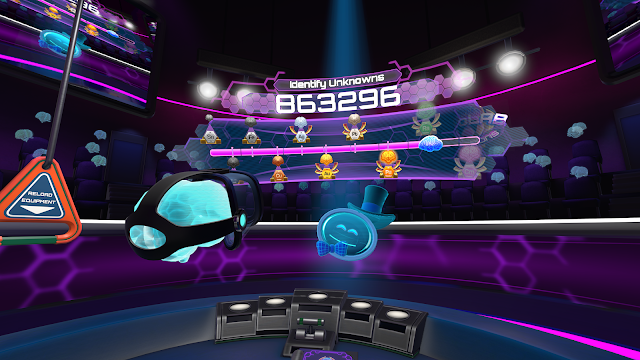 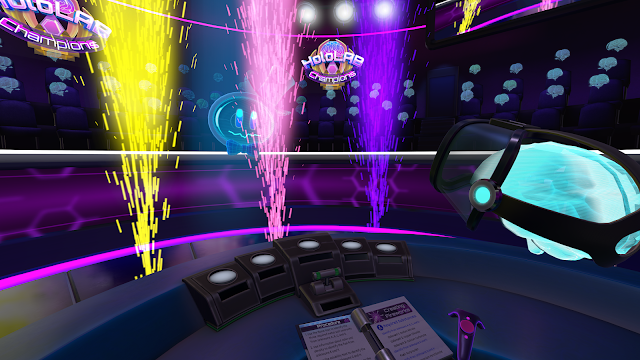 Game Background
HoloLAB Champions was created by Schell Games through support by the Institute of Education Sciences (part of the U.S. Department of Education) and the Small Business Innovation Research (SBIR) program. It was developed with input from high school chemistry teachers and students.

Schell Games created HoloLAB Champions as a way for players to engage playfully with chemistry lab equipment in virtual reality.

Schell Games’ primary goals were to a) encourage players to see themselves as someone who DOES belong in a lab and who could be successful in a lab-related career; and b) give players “hands-on” exposure and experience working with lab equipment in a space where they can safely try, fail, and play.

The game launched on the Steam store on July 10, 2018. It retails for $9.99 USD, but is free for educators. Currently, this Unity game can be played using the HTC Vive headset and hand controls. Starting November 2018, it will also be playable using the Oculus Rift.