Serious Game Addresses Productivity Paradox - How Much Is Required To Feel Productive? 
Two games developed by DePaul University and Studio Fire - You Busy? and Unboxed were selected as finalists in the 2018 Serious Games Showcase and Challenge in the Student Category.

Studio Fire is a Chicago based independent development studio founded by Trynn. Trynn as a designer began with an undergraduate degree from DePaul University in Game Development. From there, Trynn moved into the corporate world working as an IT Project Manager for a financial firm in Chicago. It was immensely time consuming and took away from the time that could have been spent taking her personal game projects to the next level.

In August of 2017, Trynn left the project management job and began the graduate program at DePaul. Within the first month, Trynn dived in to her first project that even during early stages was already well received, mostly due to the accessible nature of a game on a typically not-so-accessible platform (Virtual Reality). When the project began to gain some traction, Trynn connected with other developers from the DePaul programs who voiced their interest in joining in on the development of Unboxed.

In September of 2017, Trynn formally established Studio Fire with a coworker from DePaul University, Christopher Sosa. Together the two aim to push the medium of games in new and exciting ways.
You Busy? is a game about the various channels that people and information must flow through in order to complete work. Whether it be finding the correct person for assistance, receiving an approval on a task, attending a meeting, or tending to a fiasco… there are millions of things that one must keep on their radar during any given day.

The purpose of the game is not to criticize this structure but instead to shed light on the beauty behind this system and illustrate just how much is required of us to feel “productive” and how working together is the path to success. 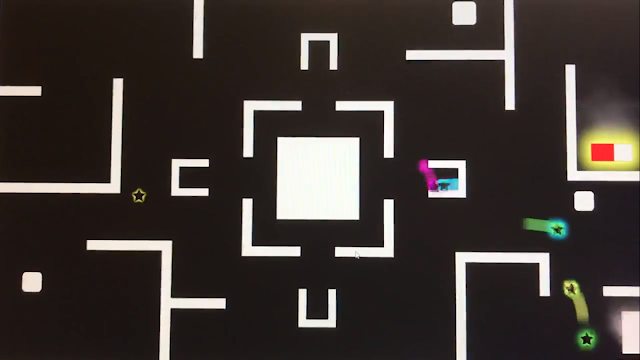 You Busy? - Image credit: DePaul University & Studio Fire
A game about working together but competing against each other and how much is required for us to feel "productive"


You Busy? runs on Windows 7, Windows 8, Windows 10 and requires 4 players with Xbox Controllers. Though anyone who is able to use an Xbox controller could play, young adults and adults will appreciate the message the most.

The idea is to get as much work done as possible as a team (but also individually to illustrate the paradox). The game doesn't have a built in goal of work to complete but encourages users to play again with the same group to see if they can improve communication outside the game to get more work done. Typically, after a team plays through once or twice they start improving more and more every time. 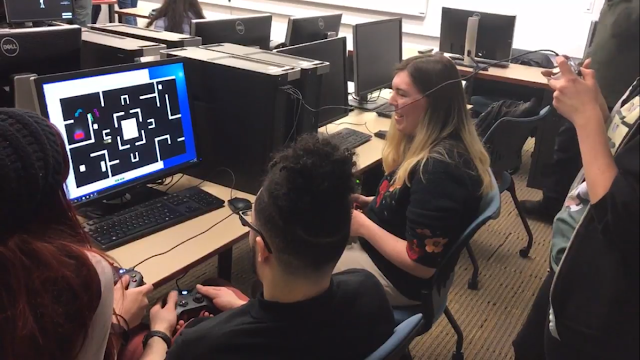 
There is player feedback all over the game using color as the biggest representation. Currently, the game is in Alpha so it is quite abstracted but the goal is to always show where the player needs to go next and that is the main focus. You do not know your score until the end which is intentional because the focus should be on communicating with your fellow players.