VR Serious Games Finding Their Way Into The Workplace

In 2017, Walmart introduced VR to the world of employee training by using the technology to upgrade training at Walmart Academies nationwide, as a way to easily and efficiently prepare their managers and department heads for the challenges of retail by placing them in stressful scenarios; most notably, a nightmare-inducing Black Friday simulator.

With the huge success of that program and after one year utilizing VR tech, the company is now providing Oculus Go virtual reality headsets to all stores in the U.S. to bring the same level of training to more than 1 million Walmart associates.

New technology, soft skills like empathy and customer service, and compliance will form the three main areas of VR training for associates. The company already has more than 45 training modules available through the standalone headsets. Walmart leverages the STRIVR platform to create, manage, and deploy virtual training on all aspects of store operations. It allows the company to monitor who is using VR and how they have been using it, and also helps to analyze behavior and common patterns that arise during training.

Walmart is embarking on one of the biggest expansions of VR training in history, giving VR yet another defining moment. This massive expansion of virtual training, combined with the company’s plans for virtual showrooms, as well as its own VR headset and haptic gloves, only further cements Walmart as a retailer committed to next generation shopping.

Here are the details from Walmart’s blog, dated September 20, 2018:

“Starting next month, VR training will begin its launch across the country, sending four headsets to every Walmart supercenter and two units to every Neighborhood Market and discount store. With more than 17,000 Oculus Go headsets in stores by the end of the year, every associate – including those on the floor who interact with customers the most – will have access to the same training that their managers and department managers do at the Academies.”

As stated by Bill Myers, New Territory and Organizer of Cleveland & Akron VR Meetups founder, “Walmart is placing an incredible vote of confidence for virtual reality training technology in the workplace. At face value, VR technology makes sense as a tool to practice soft-skills and help employees understand what makes a great customer experience, but the side effects of this effort go far beyond delivering a better brand experience (in the best possible way).”

In the article 3 Incredible Side Effects of Walmart’s New VR Training Initiative, Myers explores the further implications of Training Evangelists, Sharing Product Knowledge and Inspiring Innovation, anticipating that “large-scale rollouts of virtual reality training simulations are just the beginning of a wave of mass-adoption of immersive technology in the workplace.”

“As Walmart continues to provide engaging training experience, it is simultaneously growing VR’s fan base, educating Walmart customers of the joys of this new medium, and inevitably inspiring millions to engage with immersive technology for the first time,” concludes Myers. 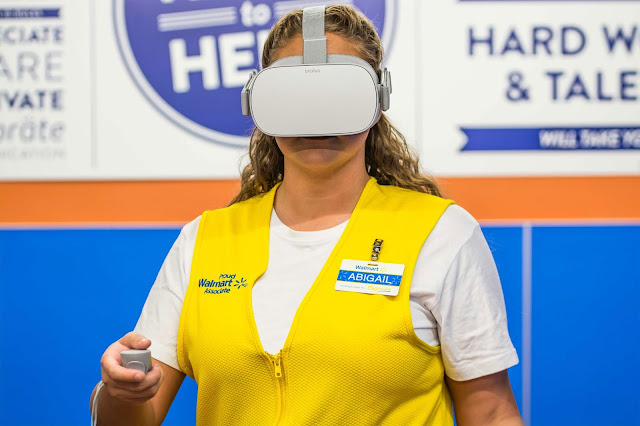 
Walmart VR-based Training Retrospective
Walmart’s newest training tool got its start from an associate watching the University of Arkansas football team practice. Brock McKeel, senior director of central operations, saw how the athletes were interacting with the virtual reality (VR) technology during practice, putting them in real-life scenarios to test their skills and reactions. He talked with the team and one of the coaches – all confirmed VR had helped them improve performance on the field. After seeing the university’s success, Brock had an idea: this could easily be applied to the Walmart Academy training for store associates.

Using the same technology as the football team, Walmart incorporated VR into 30 academies and used it to train store associates to handle daily situations. Ultimately, everything associates do is geared toward giving customers the best experience. Through VR, associates can see how their actions affect that. It’s helpful for associates to see mistakes in a virtual environment and know how to deal with them before they experience it in real life and don’t know what to do.

Because of the promising results, Walmart rolled out this training to all its 200 Academy facilities in 2017, helping educate the estimated 150,000 employees that go through the program each year.

The program was developed by STRIVR, a Palo Alto startup founded by Derek Belch. Derek developed his vision for STRIVR while a graduate assistant coach at Stanford. After playing football for Stanford, he attended business school at USC and then returned to Stanford to get a Masters in Virtual Reality and to coach. This unique background gave Derek insight into the opportunity of using VR to transform training, initially for athletes but more broadly for business organizations.

Jeremy Bailenson, co-founder, is a professor at Stanford University and is the founding director of Stanford’s world-renowned Virtual Human Interaction Lab. He is one of the world’s leading experts in VR and his research focuses on VR’s effect on the human brain and human behavior.

STRIVR has grown quickly, having worked with NFL players and college football teams. Indeed, the partnership with Walmart came from the use of VR at the University of Arkansas. In 2017, STRIVR was one of the very few virtual reality companies with a decent revenue stream – above $10 million according to TechCrunch. While they started out helping quarterbacks, they’ve quickly moved into the corporate training sector. They offer virtual experiences in customer service, operations, safety and security, diversity and inclusion, and crisis management.

Initially, one of the biggest challenges for STRIVR and Walmart was that high-end VR headsets like the Oculus Rift were expensive and space-consuming. “So for now, VR is a small, supplemental part of Walmart training,” said Belch at that point.

Walmart VR-based training expansion announced late September goes with the much less expensive Oculus Go standalone VR headsets. Unlike Oculus’s other headsets, Go doesn’t require a high-end smartphone, like the Samsung Gear VR, or an expensive, high-powered computer, like the Oculus Rift. It has no wires or cables like the Rift, either. With heavy focus on affordability and functionality, Oculus Go is the virtual reality headset Facebook was hoping would bring VR to the mainstream. 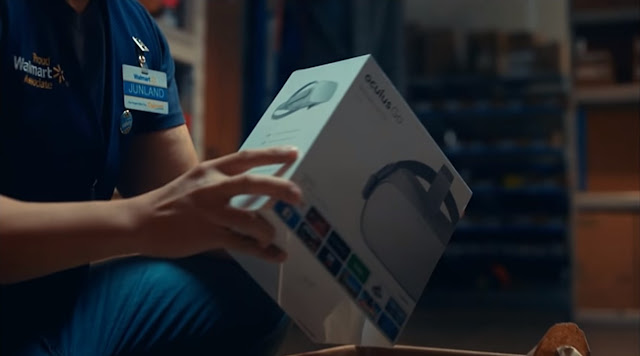 Easily enter virtual reality with no PC or wires attached
Oculus Go is a standalone VR headset - you can just take it out of the box and put it on. 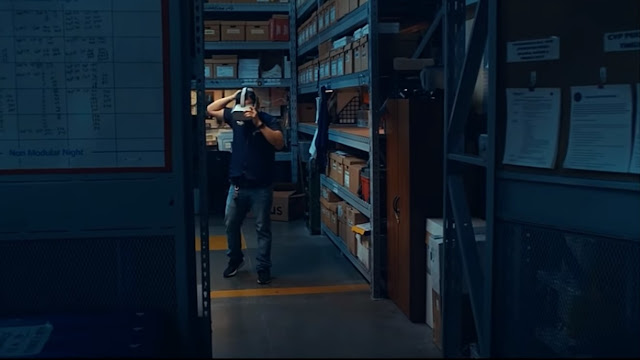 Derek Belch has talked many times about VR being a game changer in the enterprise space and the transformational role it will play in the future of training. This commitment from Walmart marks a milestone in that journey. As he said in Walmart’s own announcement: “We are entering a new era of learning, and Walmart continues to lead the way. The power of VR is real, and when offered as a cornerstone of learning and development, it can truly transform the way an organization trains its people.”