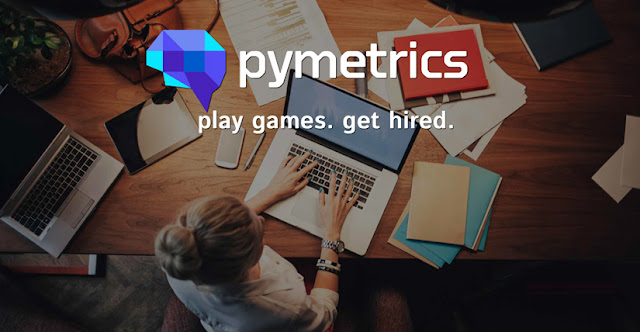 According to the U.S. Bureau of Labor Statistics, from April 2017 to April 2018 over two million people left their jobs each month — for the first six months, it was over 3 million, implying that 31% of new hires quit within their first six months on the job.

This is why some major organizations are turning to hiring methods that leverage the latest in cognitive neuroscience, AI, and gaming - Tesla, Google, Accenture and Unilever among them. All four work with a startup called Pymetrics

Founded by two female Harvard/MIT-trained PhDs with the value proposition of “Matching Talent To Opportunity, Bias-Free,” Pymetrics uses neuroscience games and AI to help global clients match candidates with their ideal jobs, while removing bias from the hiring process.

Companies using Pymetrics see massive improvements in both quality and diversity of candidates, as well as efficiency and ROI of hiring processes. According to Crunchbase “Pymetrics is the only predictive hiring technology to ensure that algorithms are bias-free, making them a pioneer for democratizing and diversifying predictive hiring.”

Hiring Based In Neuroscience + Data Science
According to the website, Pymetrics uses assessment tools developed by the global neuroscience community. They are widely considered the gold-standard of neuroscience research, and measure established building blocks of cognitive and emotional functioning, akin to the DNA of cognition + personality. Pymetrics capture these traits by measuring behavior on an objective scale, rather than asking people to answer questions. Pymetrics is the measurement scale for cognitive and emotional traits. Measuring traits through behavior allows to profile people much more accurately and in high-dimensional space.

Machine Learning & Artificial Intelligence
Pymetrics is the Netflix-like recommendation algorithm for jobs. They build a custom, cross-validated profiles for each role and company based on top performers. No two roles or companies have the same algorithm, meaning pymetrics can match candidates who aren't a good fit for one role to a different one where they are a fit. Algorithms are also dynamic, and updated routinely as new performance data comes online.

Bias-Free Algorithms
Pymetrics has developed an algorithmic auditing technique to identify and remove bias. They use a reference set of tens of thousands of people to check for any potential biases, and they deweight inputs in their model until they produce a bias-free algorithm that is compliant with the 4/5ths rule. They believe that any algorithm over-indexing on a certain demographic population is picking up on noise, not signal.

How It Works For Candidates
Candidates play a set of neuroscience-based games - a series of behavior based games collect millions of data points, objectively measuring cognitive and personality traits. There is no right or wrong way to play the games because every trait makes you a great fit for a certain job.

After you play all the games, sophisticated data-science algorithms analyze your performance and create your cognitive and emotional profile—and your career profile as well. Pymetrics identifies what you are naturally best at, and matches it up with the career that requires it. The one you can fall in love with, in theory. If LinkedIn and Match.com could have a child, Pymetrics would be it.

Every candidate receives a personalized report on their cognitive and emotional traits. 90% of people don't end up in the role they applied for. Pymetrics turns a rejection email into an opportunity to find the best fit career path and perfect job.

How It Works For Employers
Pymetrics aims to reinvent the way companies attract, select, and retain talent. It recommends the right person for the job, while leveling the playing field for everyone.

Since Pymetrics works with a range of companies, candidates wrong for one job may be just right for another in the company’s network and will be identified for further consideration.

Founding Story by Frida Polli, Pymetrics CEO
After a decade as an academic neuroscientist at Harvard and MIT, I got a fellowship to get an MBA at Harvard. It was there that I came up with the idea for Pymetrics.

Business school is a front-row seat to recruiting for two years. I was shocked to see it really hadn’t changed in the (many) years since I’d graduated from college. My classmates were prepping for 6 months to land their “perfect” internship or job, only to hate it 3 days in. And this was happening for overserved Ivy-league MBA students – I could only imagine what was happening everywhere else.

I was also experiencing the problem myself. My 30-page-plus academic resume told me nothing about what I could do in the business world, let alone that I could be a tech entrepreneur. I was a 38-year-old single mom who didn’t fit the 20-something, male entrepreneur mold. I knew that many career switchers like myself – including those transitioning from the military -- were in the same boat. There had to be a better solution.

In the day and age of Netflix, Spotify and Amazon -- platforms that take in information about you and give you personalized recommendations that seem to know you better than you know yourself – where was the equivalent for jobs? Netflix’s movie recommendations are not based on their “back of the movie” blurbs. Instead, they analyze movies based on deep analysis of traits and then match you based on the traits you like in movies. So why are we still evaluating people based on their “blurbs,” i.e. their resumes? Why was no one applying this powerful technology to help us make one of our most important decisions – what we do with our careers?

Pymetrics set out to solve this problem, harnessing the power of the long-tail to match people to the jobs where they are most likely to succeed.