Image credit: NumRush Math Game
In NumRush, the Witty Mushrooms are masters of the Arithmagic forest. Using their magical skills, they can manipulate the Living Numbers to create clean energy.

NumRush, a Math tabletop board game, has started a Kickstarter campaign to raise $30,000. The campaign begins on November 7 and ends on December 6, and aims to bring the excitement of NumRush to a larger community.

NumRush is a Math Racing Game targeting ages 8+ (or 6+ with guidance). In the game, players solve number puzzles to win a race in a fantasy Math World. Developers’ higher aspiration is the new “Board Serious Game” to become the Scrabble of Math!

NumRush was founded by Nhat Le and Tuan Ngo, who share the love for board games and appreciation for Math. They wanted to pass along to younger kids this fun way of interacting with Math and are doing so by leveraging on the game’s value proposition “FUN FIRST - MATH LATER”!

According to the developers, the game was beta-launched in Vietnam last July where it was successfully supported by a community of 200,000 Board Game enthusiasts. It was then road-tested around the world in Singapore, Hong Kong, Canada and the US. 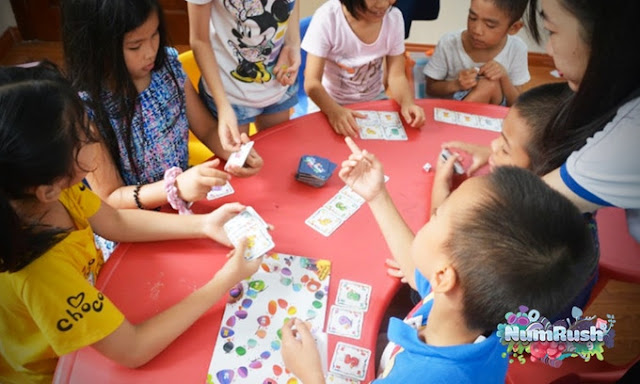 NumRush stands out due to a combination of fun gameplay and engaging game story. Winning the game requires speed, creative thinking and a bit of strategic thinking as well. Luck comes also into play as dice are utilized.

The game is very simple to learn: it takes less than 5 mins to know how to play. Younger kids can also play as long as they can add and subtract. Every game has a different setup and can be developed differently. The rules can be modified to make the race easier or harder. Teachers can easily create mini competitions or puzzles just for fun or for educational purposes.

NumRush is a race game, where players combine number skills and a bit of strategy to help their chosen Witty Mushrooms win. The game is intended for 4-6 players and the player who completes a full loop of the Infinity Track first will win. A match lasts 10-15 minutes on average.

The game box consists of 60 Number Cards, 6 Tokens, 2 Dice, and 1 Infinity Track Board. The game also comes with a storybook of 25 puzzles. 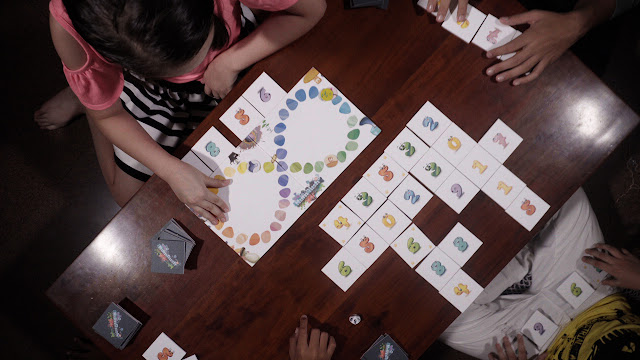 NumRush is social - Kids are competing, but at the same time they are helping each other. After every move, players explain how they came up with the target numbers and it is natural for another player to ask them for repeating the explanation.

Gameplay rewards creative and strategic thinking - Players constantly come up with different ways of combining the numbers. Every NumRush race is different. As the game progresses, kids soon discover that they can come up with any target number. That’s when strategic thinking kicks in. Little players are now preparing a few steps ahead to win the most points.

Adaptive to players' Math levels - Rules can be customized for fun or educational purposes. You can make it easier for younger kids (age 6-8) or you can make the race more hardcore.

The complete, illustrated, and animated game rules can be found at http://www.numrushmathgame.com/how-to-play/, where teacher guides are coming soon.