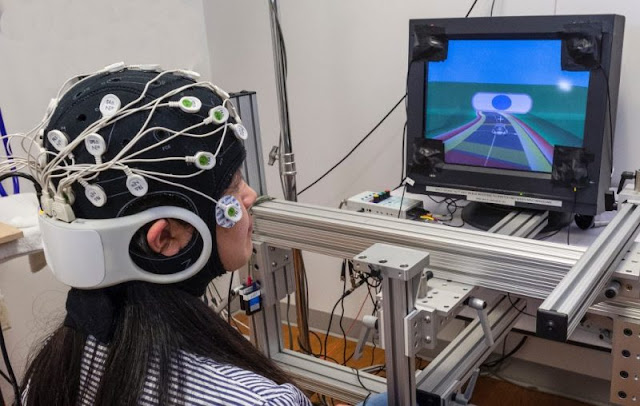 Two recent articles address the beneficial correlations between 1) games and business mindset and 2) gaming and education.

The first article “Gamification to become increasingly prevalent in the world of business” is authored by Marcus Thornley, Founder of Play Consulting, a consultancy and digital product innovation studio based in London and Dublin. In the article, he explores how gamification is re-wiring brains and shaping behaviors in society and business.

PERSONAL NOTE: Although I have always hesitated to embrace the "gamification" concept, I must recognize it has the merit of mitigating barriers to games adoption in the world of business.

“By deconstructing what games actually are and by applying a games mindset to solve real life challenges in businesses, people can see for themselves just how powerful game approaches can be within business. And, more than ever, people can see how influential this games mindset can be outside of the common understanding of games; consumers, business leaders and even the nature of work itself, are all receptive to and driven by the triggers, stimuli and approaches that are all found in games.”

“Moreover, for reasons set out below, this trend is only going to speed up and become more prevalent in the world of business.” 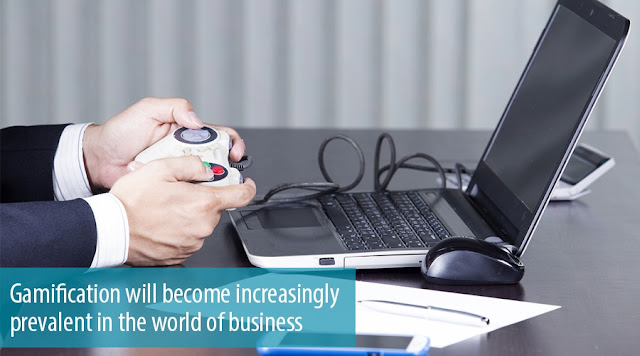 A Games Mindset Will Revolutionize Business

“The notion that a games mindset and the use of game approaches has the ability to revolutionize engagement, motivation and behavior has already been proven. At digital product innovation companies, people are doing it day in and day out, across healthcare sectors, financial services, media, utilities and retail.”

“Above anything else, games are designed to be used to deliver that ‘win’ moment, emotional engagement and, ultimately, a change in behavior. Amongst all the typical games features, there are engaging experiences that drive billions of people to dedicate their time to a game and, in turn, feel joy.”

“In the last two decades games have expanded with great speed, mostly due to the growth of mobile platforms and devices. This year, the games market is estimated to be worth $100 billion, and growing by 9% every year – more than cinema and recorded music. The growth of the amount of users and players has also been exceptional; in 1995, there was an estimated 100 million gamers and now that figure has risen to 2.6 billion, and the average player’s age is now 35.”

“Even more significant than revenue and player base is the societal trend that games are causing, and Mary Meeker’s Internet Trends report showed just this. Throughout the report, Meeker’s focus was on games and she drew on what is now the reality; Millennials and Generation X have been gamified since birth. So what does this mean? Well, it means the next wave of employees, customers, business leaders, regulators, partners and suppliers will all understand the games mindset. They’re wired to understand, respond to and thrive on games.”

“The games trend is accelerating. Games are the context in which new technologies – such as VR, AI and AR – can be introduced, optimized and reinforced. Here’s what we already know: 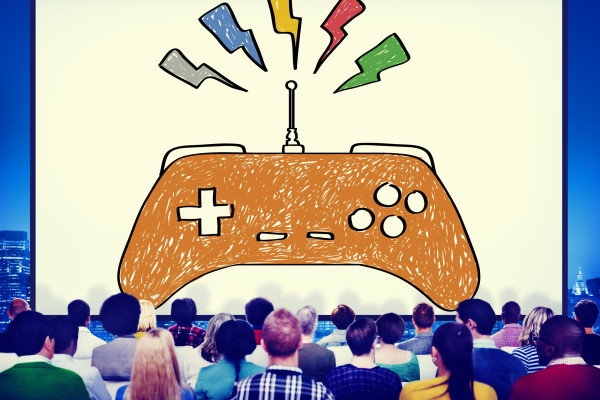 The second, and extensive, article “Believe the hype! How video games arechanging education” is authored by Tamara Sneyd, a Science Graduate currently living in South Africa and writing full time. In the article, she emphasizes how recent developments in the field of video game research reveal dramatic correlations between playing video games and the ability to learn.”

“1.2 billion people play video games worldwide. This is a rather significant portion of the population and if we ignore the negative consequences for the moment, which include addictive qualities and deprioritizing of school work, we can delve into the beneficial correlations between gaming and education.”

“Studies have revealed that students find gaming and gamification of work positively stimulating and motivating. Online games in particular encourage multitasking and instantaneous decision making, which helps students learn to better manage unanticipated events and above all inspires creativity.”

“It is also proven that video games enhance the frontal lobe cognitive functioning of the brain, which not only promotes multitasking ability and enhanced learning, but can slow the onset of age related cognitive decline and Alzheimer’s.”

The Neuroscience behind Video Games and Learning

“Recent studies have elucidated, through magnetic resonance imaging (MRI), the fact that video gaming can stimulate neurogenesis and connectivity in the brain. This was demonstrated as an increase of the quantity of grey matter in the brain, specifically the right hippocampus, right prefrontal cortex and cerebellum. These particular regions are associated with spatial navigation, memory, strategic planning and fine motor control. The increase in connectivity between these regions is linked to higher intelligence and consciousness.”

The Applications of Gaming Technology 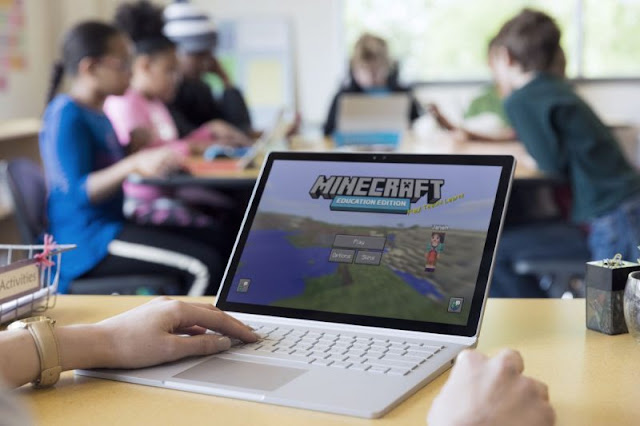 “Research suggests that video games encourage and motivate students to learn less popular subjects, such as mathematics, by providing the content in a much more fun and interesting way.”
“If video games are implemented appropriately, they have the potential to provide a robust basis for critical thinking and project-based learning. Video games are designed to garner the skills indispensable for navigating the multifaceted, interconnected and ever changing contemporary world. Digital literacy and understanding is a prerequisite of life currently, and will only become more important as the world moves further into the technological revolution.”

“As an assessment tool, video games provide educators with instantaneous feedback regarding their students and determine how well as student understands the material covering the foundation of the games. This allows teachers to make changes or customize games and methods for each student on an ongoing basis and provide personalized education, where with traditional teaching methods and standardized testing there is no margin for modification.”

The Shortcomings of Video Games in Education

“There is research regarding the role of video games in improvement of classroom performance and academic achievement, but not enough of it. Further research is necessary to prove whether there is indeed a positive correlation between video games and heightened academic accomplishment.”

“It’s widely known that video games can be expensive making them out of reach for those full classrooms with tight budgets. Video games require expensive equipment and specialized technology as well as internet connectivity. From a human resource perspective, personnel would require specific training which can all cost more than most schools can afford.”

“The use of video games, typically in early adolescence, is a highly debated topic with one sector promoting its use due to its cognitive enhancing properties, whilst the other component supporting the hypothesis that early exposure to video games increases aggressive behavior and desensitization to violence.”

“From an exclusively educational perspective, video games inspire improved participation and experiential learning, which they offer through engagement and exploration, enriching social and emotional well-being whilst providing cognitive benefits.”