Serious Games To Diagnose And Treat Lazy Eye In Children

The University of Utah is this year’s winner in the “Best Student Developed Serious Game” category of the Serious Games Showcase & Challenge with Healthx, a game to help treat and diagnose lazy eye in children.

Working with researchers at the John A. Moran Eye Center, a team from the U created Healthx to help diagnose and treat lazy eye, which can lead to permanent visual impairment if left untreated. Fully controlled by eye movement, the "Serious Game" forces the lazy eye to move around the screen, which can strengthen and help find the right balance between the eyes.

The game’s proposition is to train the weak muscles responsible for amblyopia or "lazy eye”, by using hardware that tracks player’s eye movement and adding a gameplay element to traditional eye exercises. In talking with their network of eye care professionals, developers learned that current techniques of eye strengthening are boring and compliance, especially among children, is very low.

“Lazy eye is one of the most common eye disorders found in children,” said Ahmad Alsaleem, a graduate student in game engineering and co-researcher on Healthx. “Despite its prevalence, clinical treatments and current diagnostic tools are not designed with the child’s nature in mind. Our solution provides an engaging experience, continuous feedback and a cost effective, automated tool for treating and diagnosing lazy eye.”

Healthx is a collection of eye controlled games including a top down shooter that requires fast target acquisition and a slower paced balloon popping game. Both games require the player to constantly move their eyes across the screen at varied time intervals. This movement trains the eyes to work together. 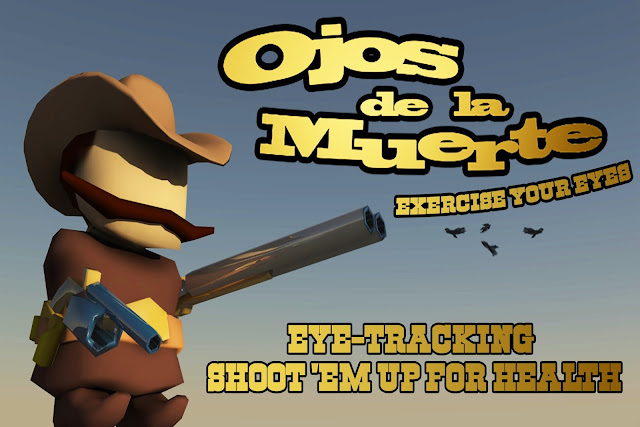 “We are currently using an eye tracker that uses near infrared light to monitor the eye and its movement,” said Eric Allen, graduate student in game production and co-researcher. “We can accurately monitor and report every action the player makes.” 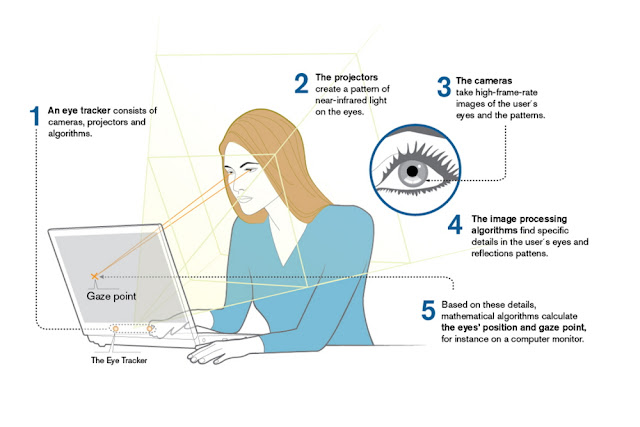 Eye tracking is a sensor technology that enables a device to know exactly where your eyes are focused. It determines your presence, attention, focus, drowsiness, consciousness or other mental states. This information can be used to gain deep insights into consumer behavior or to design revolutionary new user interfaces across various devices.

Healthx is currently in clinical trials with selected patients at the Moran Eye Center and the students hope the game will be available by the end of next year.