A Breathtaking Testbed For Seamless Integration Of Game And Learning 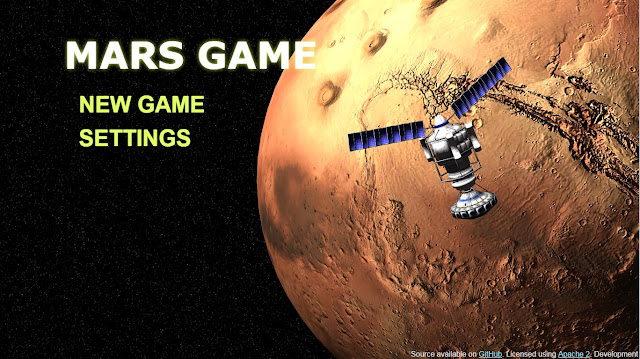 The Mars Game, developed by Lockheed Martin Mission Systems & Training in partnership with StandardsWork, Inc. , was selected as a finalist in the 2015 Serious Games Showcase and Challenge in the Business Category.

The Pentagon’s Office of Training and Readiness Strategy’s Advanced Distributed Learning laboratory (ADL lab) researchers and Lockheed Martin’s Mission Systems and Training (LMMST) team have joined forces with award-winning educators to create a math and programming Serious Game that is engaging and highly captivating with a subtly embedded, but highly focused set of learning objectives.

In The Mars Game, the player takes the role of an autonomous Mars rover, sent to prepare a habitat for a team of human explorers who are already en route. Just before landing, the rover’s spacecraft is struck by a rogue asteroid, and the rover crash lands in a damaged state, its equipment and supplies scattered in all directions. Students need to work through a series of interactive mathematical and programming problem-solving challenges to help the rover gather its parts from the surrounding environment, repair itself, and regain contact with the human explorers who are doomed without the player’s help.

Developers have created a breathtaking test bed for their primary hypothesis that Serious Games that are designed at a fundamental level to be fun (in their own words “to be games, and not dressed up homework”), are far more effective as learning tools. 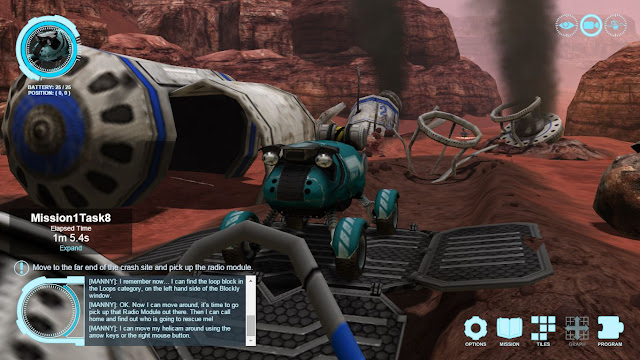 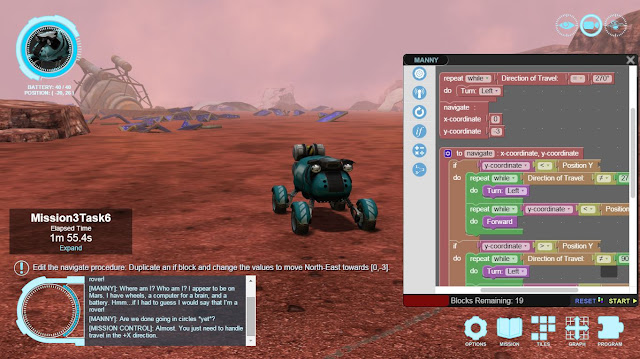 The uniqueness of The Mars Game approach can be increasingly experienced as we progress through the four game missions, each focused on a different set of learning content. The Serious Game scores amongst the highest on seamless integration I’ve ever played: the degree to which the learning content is tied into the game mechanics and the story immediately grabs our attention and very early inspires the familiar, “motivated state of eagerness” that keeps us actively engaged and wanting for more.

In addition, the game’s platform and architecture may soon constitute another major breakthrough: Virtual World Framework, the new platform for distributed, immersive training applications on which The Mars Game runs, is expected to make it easier, faster, and less expensive to develop Serious Games that can reach users around the world. Software written for this platform can be accessed by multiple players at once in an ordinary web browser environment. And because the software can be deployed to central servers, authors can quickly update the content for all users while preserving the player experience.

Last but not least, the architecture was conceived so that the game could be adapted to any grade level as well as content be created far beyond just math and programming - the Mars colonization story environment could lend itself to a wide variety of topics, from physics, botany, and chemistry to psychology and political science and beyond. 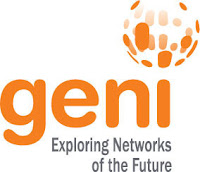 When the researchers from Lockheed Martin and the Pentagon began to imagine how the game would be distributed, they initially considered using commercial hosting services. But that changed when Mark Torpey, principal investigator at Lockheed Martin, learned about the Global Environment for Network Innovations (GENI)--an ultra-high-speed, experimental networking testbed, supported by NSF.

GENI is an ideal network environment for shared and collaborative applications, like multiplayer games, that require that the time between a click and an action--the network latency--be short.

Unlike the networks that we use every day to route information over the web, GENI is a programmable network, meaning many aspects of its operation can be tuned by the user to the needs of the data and application.

Also unique about GENI is the fact that instead of data bouncing between unknown Internet service providers en route to a destination, individuals own an end-to-end "slice" of the GENI network, passing the data without interruption.

GENI is, in essence, a gamer's dream.