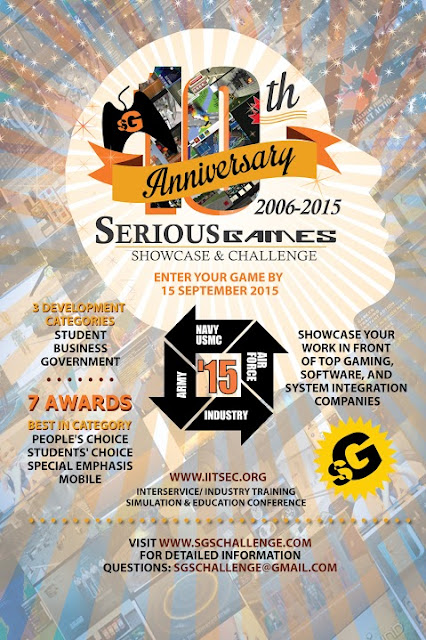 After months and months of preparation, and three days of playing, evaluating and sorting game submissions from all across the world, the 2015 Serious Games Showcase &Challenge finalists have been selected and will be a part of this year’s Interservice/Industry Training, Simulation and Education Conference (I/ITSEC), to be held November 30th – December 4th in Orlando, Florida, at the Orange County Convention Center. 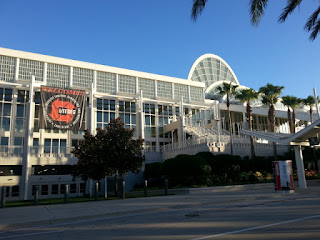 An esteemed panel of evaluators from around the globe are now reviewing the finalists and will determine the winners in the Business, Government and Student categories. Some of the finalists are also competing for the Best Mobile and Special Emphasis Award categories. The People’s Choice award will be voted on by I/ITSEC attendees, and the Students’ Choice winner will be voted on by student evaluators from Orlando, Florida and Webster Groves, Missouri, totaling the 7 awards to be reaped.

The 2015 SGS&C finalists in the Business Category are:
Creature 101 by Stottler Henke;
FoFuuu by Betri Studio;
Mars Game by Lockheed Martin Mission Systems & Training;
Project Desal by Monkeystack;
PREP-AR by SAIC;
Safe Surgery Trainer by Alion Science and Technology;
The Suspect by The Project Factory;
Touching Triton by HudsonAlpha Institute for Biotechnology;
Unsavory by University of Miami;
Waisimo by MAVI Interactive.

And completing the field of 18 finalists, in the Student Category are:
ANgST by Bezalel Academy of Arts and Design;
Hacknet by Team Fractal Alligator;
Healthx by University of Utah;
Particle in a Box: The Quantum Mechanics Game by Georgia Institute of Technology.

Now that the SGS&C IPT has identified the finalists who will be featured in the SGS&C booth (#2481), it’s up to the group of evaluators to determine 2015’s top games.

As the SGS&C has grown, so has the evaluator team. The diversity of the team, the new additions to the group, and those who have been a part of SGS&C since its inception, helps provide great feedback about each game submission. With a variety of input focused on different aspects of the games, there is a well-rounded look at the games, ensuring that all features and benefits are considered. Part of the evaluator team growth includes the expanded involvement of University of Central Florida representation, as well as Orange County Public Schools.

In celebration of SGS&C’s 10th anniversary, a special event will take place on Wednesday, December 2 at the conference called “The Serious Games Showcase & Challenge: The Next 10 Years of Forging the Future Through Innovation.” A panel will look back to understand the impact that serious games have had so far, and more importantly, the huge potential that lies ahead.  Panelists include, Joe Kreiner (Epic Games), Mike Macedonia, Ph.D. (University of Central Florida), Russell Shilling, Ph.D. (U.S. Department of Education), David Martz (BroadReach Education) and Michael Armbruster, Ed.D. (Orange County Public Schools).


“This year’s competition was special to many of us because it celebrates the 10th year of the Challenge, and this is truly a milestone on which we can hang our hats,” said co-founder Kent Gritton. “Each year, we strived to work on aspects that help improve the Challenge and associated processes, and those efforts have produced even greater games, and 2015 is no different. We’re excited about what the future holds for SGS&C, as well as the serious gaming market.”