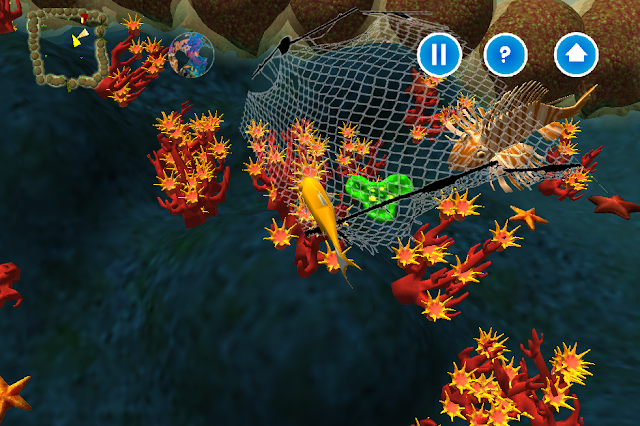 Chichi Reef Warrior is a free Educational Serious Game about a fish called Chichi who has the ability to clean up pollutants, thus cleaning up reefs, river beds, and other aquatic environments.

Developers One3One4 in collaboration with Flip Design Pvt Ltd  are reviving the iOS version onto the Android platform, gearing up for a release on ‪World Oceans Day, June 8th. 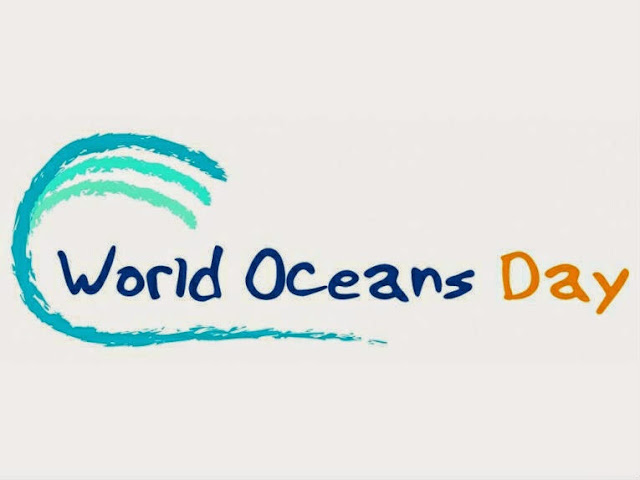 They are also trying out a new concept whereby relevant brands/NGOs can display their messages through the game. If you are into conservation, you can contact the developers and work together with them to include your brand!

Gameplay is about dragging Chichi to clean the toxins polluting the ocean, while avoiding predators; swirling Chichi around gigantic oil spills to contain them; saving trapped fish inside plastic bags; trapping predators and diving to unearth treasures of the ocean. Players complete the levels by guiding Chichi over the reef bed, cleaning and collecting jeweled hearts. 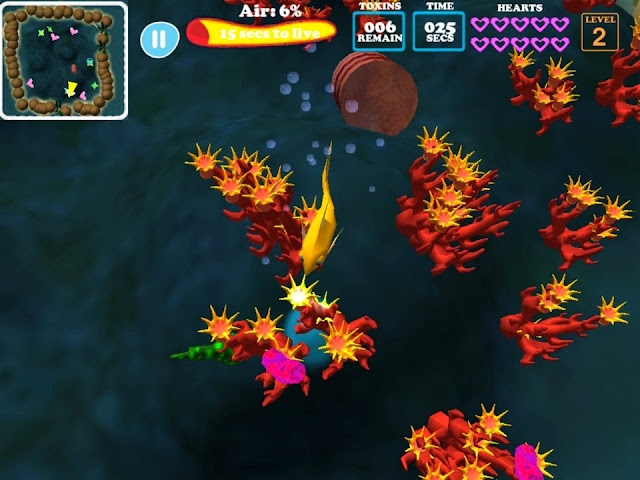 In the game, players learn that small herbivorous fish to large predatory one, all find food and protection on coral reefs, which also protect shores from strong currents by acting as a barrier.

Oil & fertilizer drain into the ocean, and tons of waste, mostly plastic, end up there. Players then realize why plastic waste is harmful to marine life as in marine environments many animals confuse the plastic littering the oceans with food:

Corals get energy from photosynthesis by symbiotic algae living within their tissues, but they also feed on a variety of other food including zooplankton, sediment and other microscopic organisms that live in seawater. Researchers have found that the corals eat plastic at rates only slightly lower than their normal rate of feeding on marine plankton. The plastic is often found deep inside the coral polyp wrapped in digestive tissue.

Turtles confuse plastic bags with jellyfish and birds confuse bottle caps with food. They can’t digest them so their stomachs fill with plastics and they starve to death.

Ocean Acidification, caused by the uptake of Carbon Dioxide (CO2) from the atmosphere, is another theme addressed in-game. The ocean absorbs about a quarter of CO2 we release into the atmosphere, so as atmospheric CO2 levels  increase, so do the levels in the ocean.

Interested Android users may now join the Google+ MGTesters community to test the Beta version at https://plus.google.com/communities/113359347440604692136, trying it out and sending valuable feedback. It is also available as a Facebook Canvas, Unity3d game, at https://apps.facebook.com/chichireefwarrior, supported by Safari, IE & Firefox browsers.