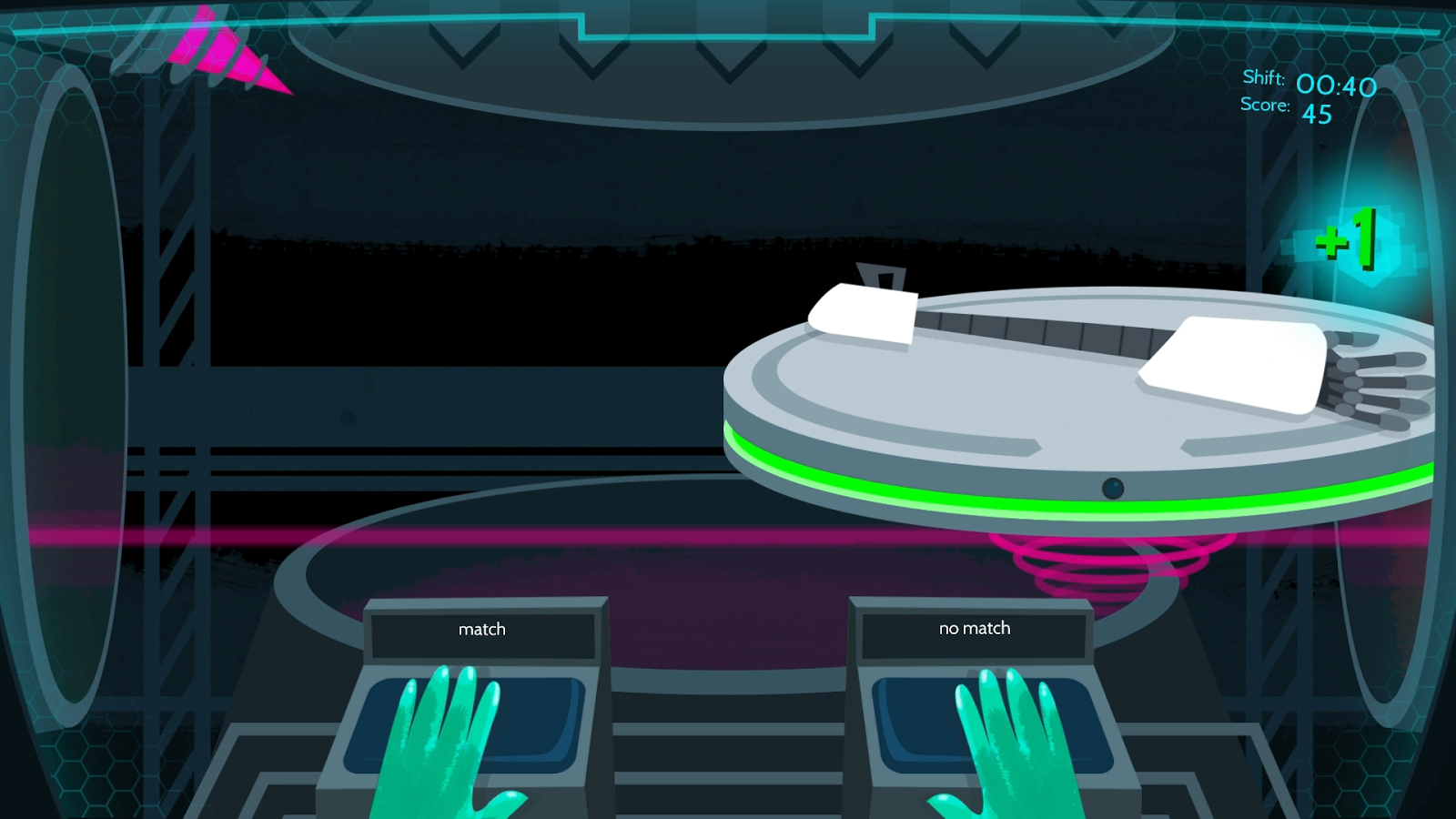 Robot Factory, a finalist at this year’s SGS&C held early December in Orlando, FL, is an innovative "Serious Game" developed by Simcoach Games with the aspiration of introducing a next generation brain training game that enhances the player's general fluid intelligence.

While most of the games in todays’ marketplace demand access to crystallized intelligence, Robot Factory targets three skills that research co-relates to fluid intelligence: ability to update (store, manipulate, retrieve, and replace critical information); the skill of switching (flexibly changing the focus of our efforts based on changes in the environment); and inhibiting well learned responses when circumstances dictate.

Leveraging on the background assumption that reasoning and problem solving in conjunction with varied, complex, and dynamic data are becoming a routine aspect of many jobs, Robot Factory creates an amazing context for storing and manipulating complex sequences of information in a fast-paced environment.

Played in the context of being a worker drone in a futuristic and dystopian robot factory and targeting high-performing adults, the game offers compounding exercises in increasingly complex configurations though adaptive algorithms across over 100 different shift tasks (in the game, two-minute levels are called shifts).

Robot Factory was built in collaboration with neuroscientists to engage fundamental cognitive processes that play a crucial role in fluid intelligence. 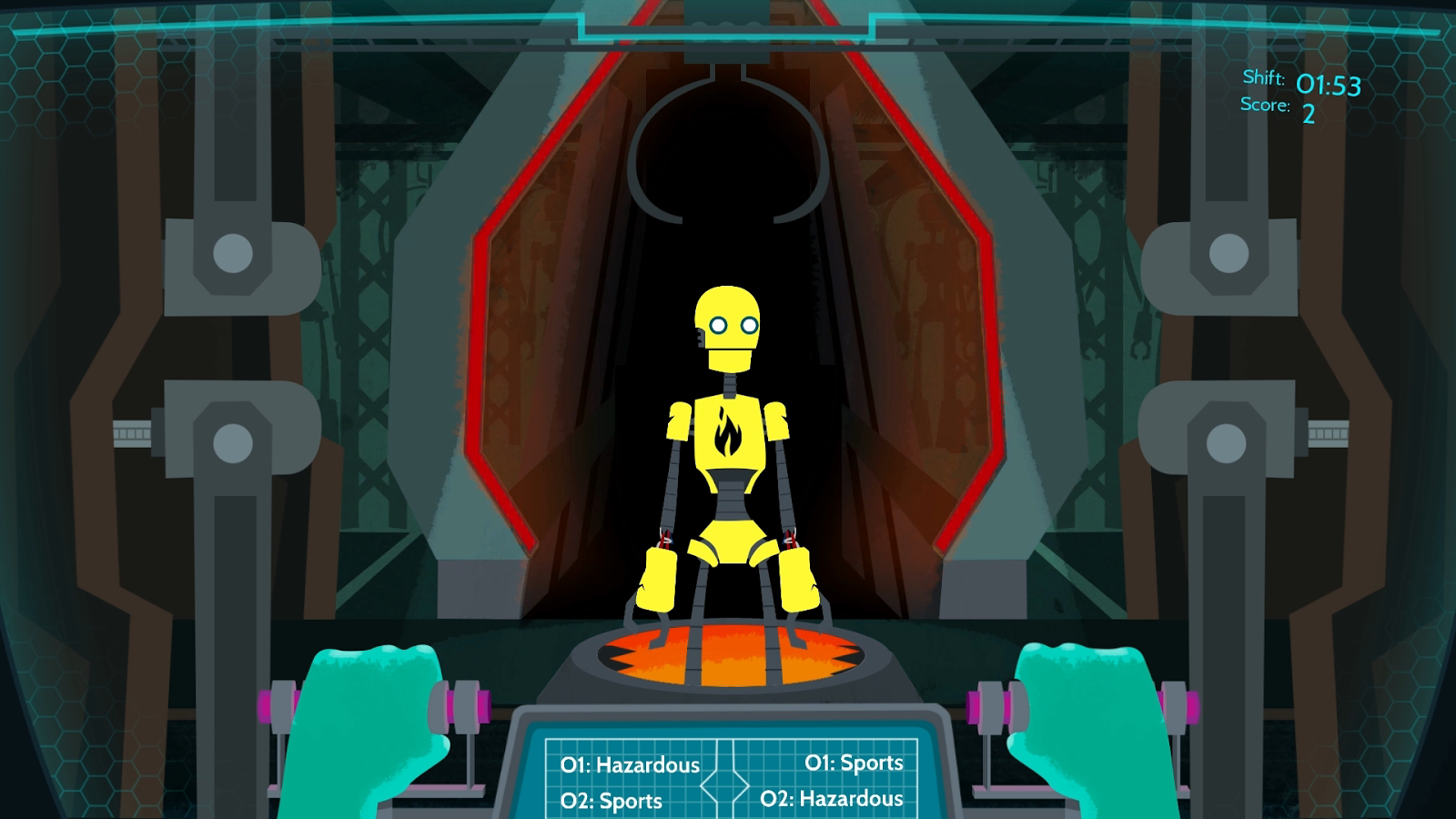 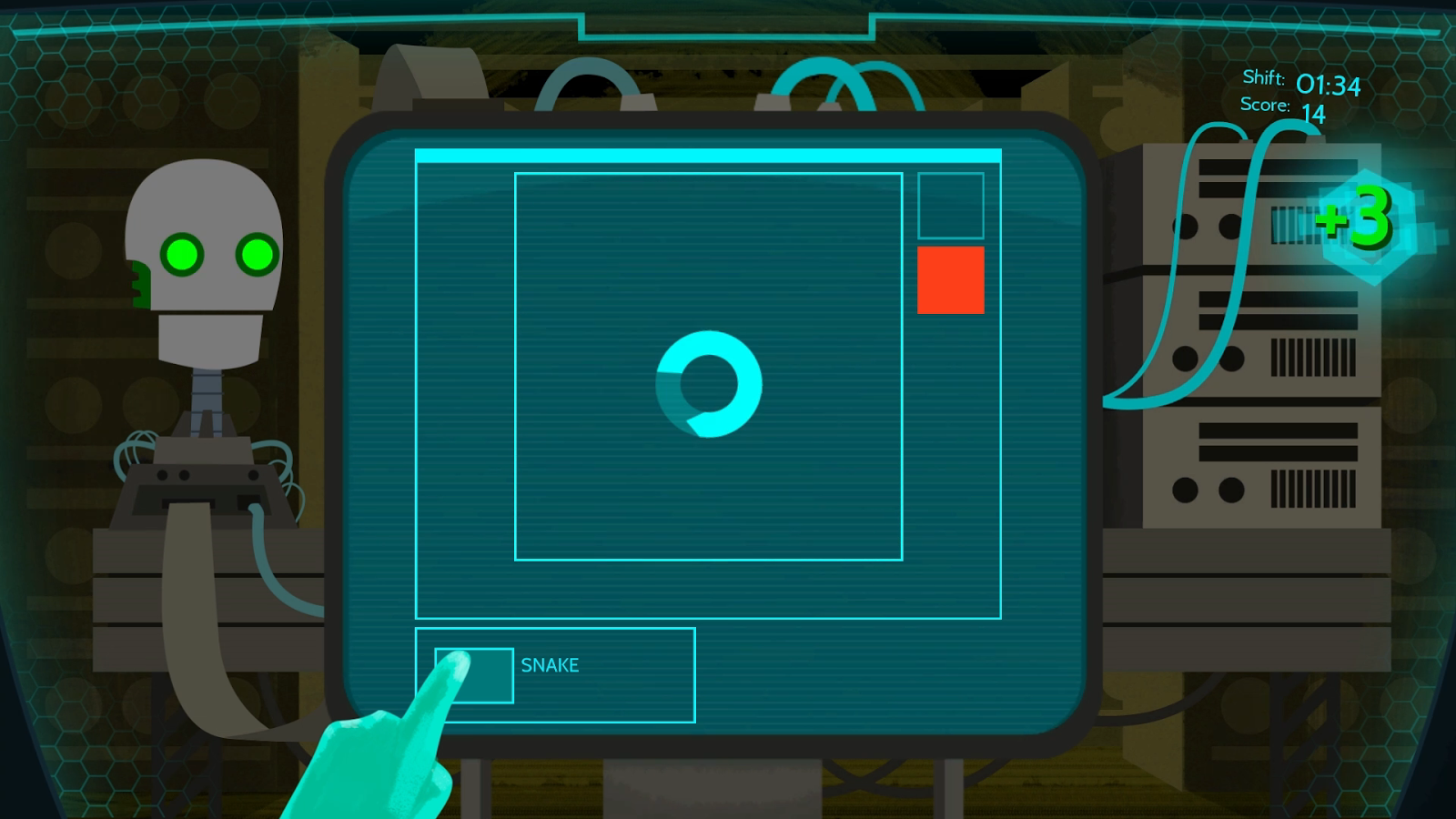 According to Simcoach Games website, reasoning on the basis of diverse, dynamic, and massive data is becoming a routine aspect of many jobs, particularly for the intelligence analyst who must gather and analyze ambiguous data, and communicate time-sensitive inferences and recommendations derived from these under stressful conditions.

The Intelligence Advanced Research Projects Activity (IARPA), the research arm of the Office of the Director of National Intelligence, is funding a rigorous, high-quality research through a program called Strengthening Human Adaptive Reasoning and Problem-Solving (SHARP). The goal of SHARP is to advance the science on optimizing human adaptive reasoning and problem-solving, by testing and validating interventions that have the potential to significantly improve these abilities - with the goal of enhancing the cognitive performance of high-performing adults in information-rich environments.

One research team, headed by Honeywell, asked Simcoach Games to design, develop and deliver a "Serious Game" that would form a central component of their research intervention. The game, which places the player in the context of being a worker in a robot factory, was built from the ground up to engage fundamental cognitive processes that play a crucial role in fluid intelligence. Simcoach Games worked closely with leading experts from major commercial and academic research institutions to design a game aligned with current scientific theory that would also provide endless variety and entertainment over the span of several weeks of training.

Robot Factory is currently being used in active experiments at Harvard, Northeastern and Oxford to test validity of the approach.