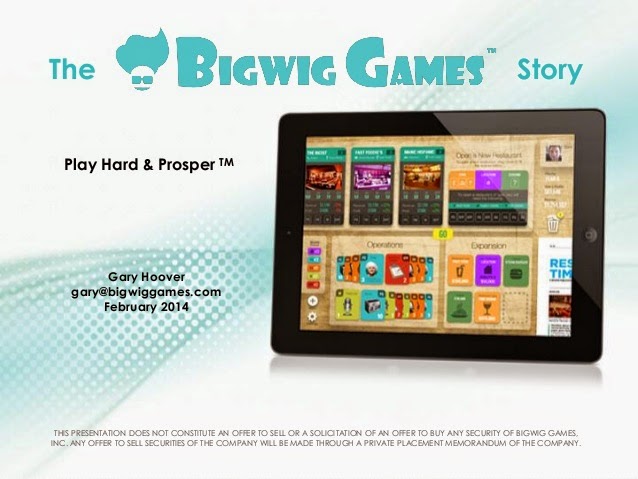 Restaurant Bigwig for the iPad is a business strategy Serious Game that uses real industry data to simulate the excitement and realism of owning and running your own restaurant.

Serial entrepreneur and real-life business guru Gary Hoover (who founded Hoover’s, sold to Dun and Bradstreet, and Bookstop, sold to Barnes & Noble) and the team at Bigwig Games have delivered a unique and compelling Serious Game that is fun to play, while gaining an understanding of the restaurant industry, how it works and how it makes money.

According to the website, Restaurant Bigwig shall be the first in a series of Bigwig Games, each based on actual industry data and dynamics.

Designed from the ground up for iOS 7 and beyond, the game allows players to build their own empire, by creating fine dining establishments, family restaurants or fast food joints. 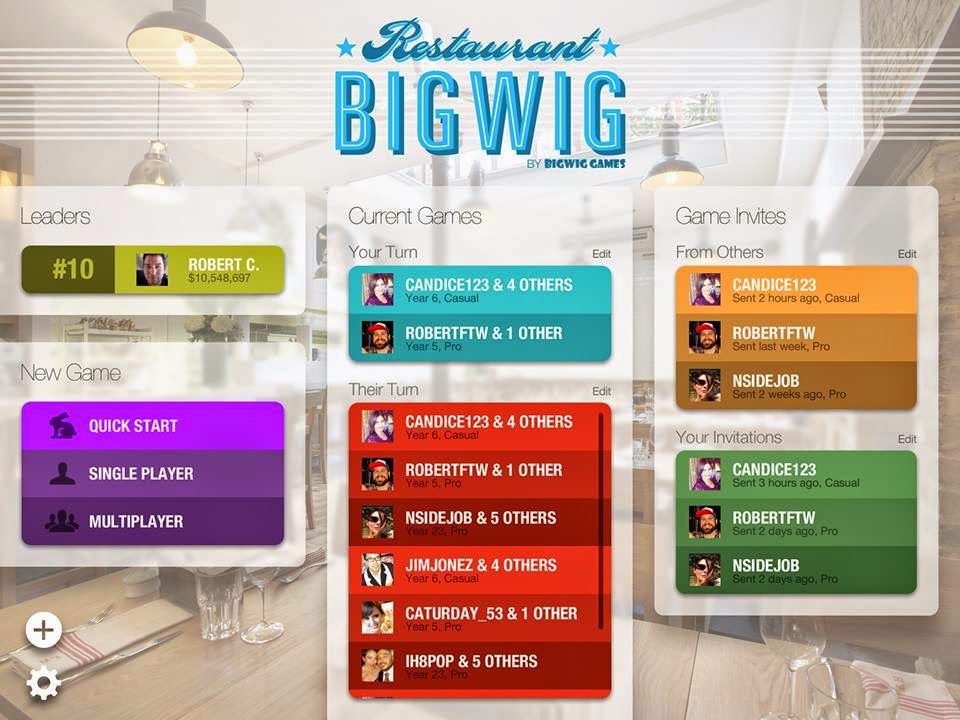 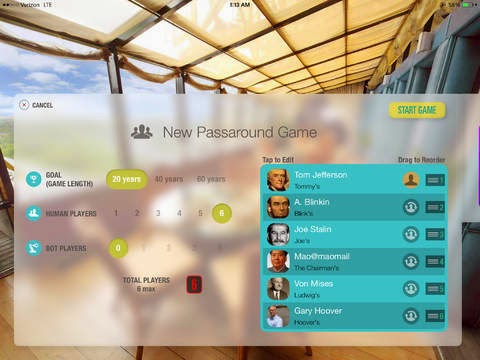 Setting up the game: players can compete against other players or up to 4 bots

In the game, players can choose their own strategy: serve their favorite cuisines, from Asian or Mexican food to Steaks and Burgers; open new restaurants quickly, or open them slowly and invest in your older restaurants; improve the food quality at one of the flagging restaurants, or put energy into controlling costs by making high revenue restaurants more efficient. 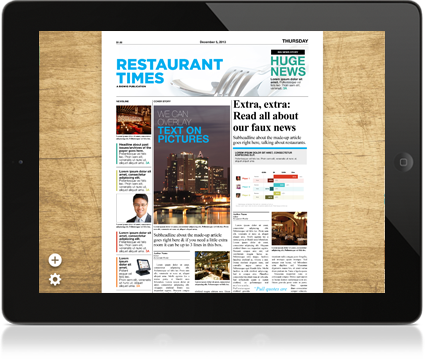 Check out the annual newspaper for important news about your restaurants and those of your competitors. Will you win the best restaurant award from Restaurant Times? 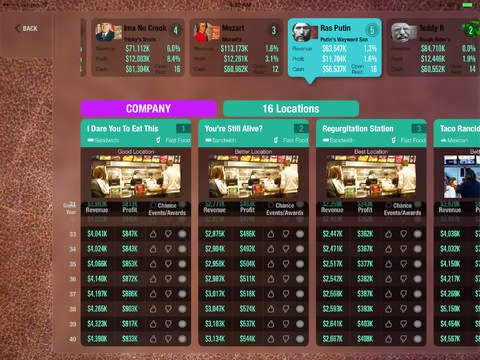 The goal is to achieve the most profit you can by the 20th year of your restaurant empire.
About Bigwig Games

Bigwig Games, based in Austin, Texas, is the brainstorm of Gary Hoover, chief game designer and company CEO.

Gary has been a lifelong student of industries and started making board games to play with his friends by the age of 12. These games were board games that required a lot of bookkeeping and calculations, diluting the fun. When computers came along, the idea of digital versions of his games went on his business idea list. Over the next 50 years, that list expanded to over 300 ideas.

In the 1980s, Hoover first hit it big by starting Austin-based book retailer Bookstop. The company grew to operate in Louisiana, Florida and California before it was bought in 1989 by New York-based Barnes & Noble Inc. for $41.5 million. A year later he started Hoovers Inc., his most successful business yet. The business information provider was acquired by Dunn and Bradstreet in 2002 for about $117 million.

In 2012, Gary and longtime startup associate Alan Chai formed the board of directors of a new company, which soon became Bigwig Games. Their goal is to model every industry they can think of and turn them into exciting business/economic Serious Games, all using real industry and economy data.