The Netherlands Shapes Its Serious Games Market Into A Global Benchmark 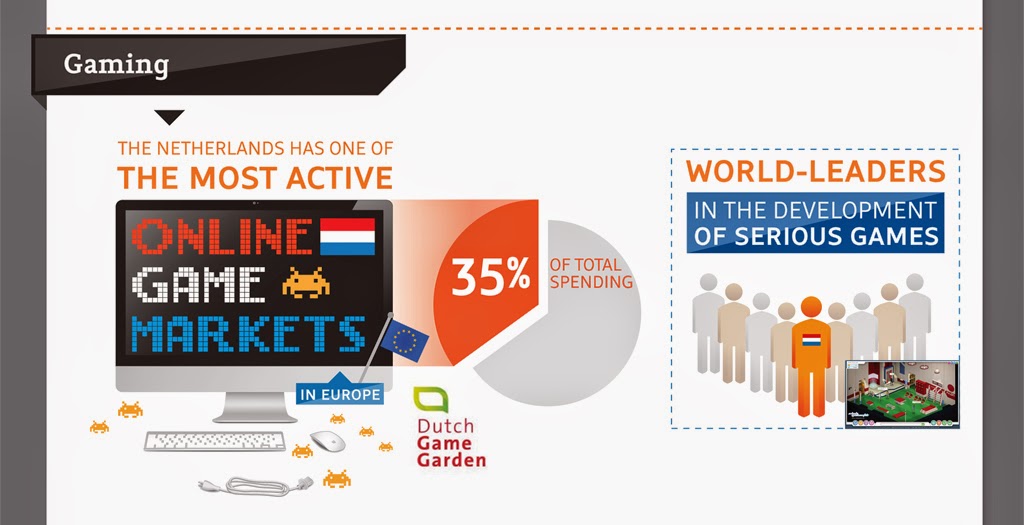 Via: NOM - Investment and Development Agency for the Northern Netherlands – Serious Games: A Serious Matter For The North

The large scale adoption of Serious Games implies disrupting the status quo - in other words, a step change as opposed to a linear one.

According to management guru Richard Pascale, discontinuity is more successfully promoted and sustained when disruptive changes are aligned at personal, social and institutional levels. In this context, alignment stands for linking organizational goals with team and personal goals.

Hard evidence points to The Netherlands as the current global benchmark in aligning those three spheres of influence in support of Serious Games large scale adoption.

According to the recently released PwC's annual Global Entertainment and Media Outlook 2014-2018, the global aggregate spending on video games in 2013 was US$ 66.0 billion.The double digit CAGR experienced in previous years shall no longer be achieved, but with 6.2% CAGR being forecast up to 2018 bringing total video games revenues to US$ 89.0 billion the game industry still has a huge potential.

The Dutch game industry is keeping pace with the global trend in the sector. According to Games Monitor 2012, the game industry - one of the top nine business sectors in The Netherlands - has roughly doubled since the last survey in 2010. Its growth is about 50% higher than any other industry in the Netherlands' region. Generating between US$ 200-300 million each year, it employs more than 3,000 people, mostly in smaller companies: 70 percent of them employ five or fewer people and approximately 10 companies employ 50 people or more.

While the market for entertainment games is dominated by foreign companies, Dutch firms are excelling in the Serious Games Market.

As reported by Control Magazine based on Games Monitor 2012 findings, "The Netherlands house 330 game companies, with 57% involved in the production of Serious Games, while 44 Percent of the Dutch game industry is exclusively dedicated To Serious Games" (often called Applied Games by the Dutch Serious Games community). This percentage is significantly higher than in any other national game industry and Dutch studios are considered international market leaders in Serious Games. 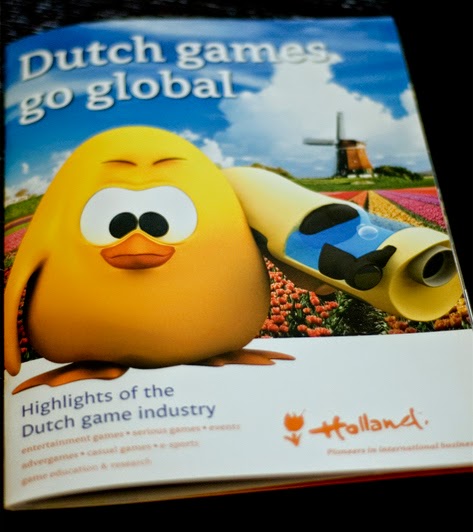 It is notable that the Dutch game industry places the emphasis on Serious Games. Whereas Serious Games account for 10 to 15 percent of turnover in the sector worldwide, in The Netherlands the ratio is roughly fifty-fifty.

In the Northern Netherlands the focus on Serious Games is even sharper: entertainment games are only made to a small extent.

The education sector has responded to these trends by developing courses and curricula to support the development in the gaming sector.

At the higher education level, students at the Hanze University of Applied Sciences can take the Game Design & Development program, and a Game Development specialization has been set up at NHL Leeuwarden. Festivals and competitions are organized and there is a monthly game industry get-together. In order to provide support for the companies, the education sector, public authorities and organizations with an interest in the development of Serious Games such as the Police, University Medical Center Groningen and the publishing company Noordhoff Uitgevers have created the GameAcademy. This initiative is supported by European funding.

Although the sector has not been given the status of northern spearheads such as energy, water, healthy ageing or agrifood, the growth potential is recognized by all, including NOM (Investment and Development Agency for the Northern Netherlands). Serious Games are found in industry, defense, shipbuilding, but also in softer sectors such as education and healthcare. Given the attention being paid to the spearhead Healthy Ageing, there are certainly opportunities for the North in the latter sector.

According to Albert Sikkema, GameAcademy Director, the game industry is on the verge of a breakthrough. “The beginning of April was an important milestone in this context”, he says. “The GameAcademy has convened a meeting for the highest level of the northern business community. We are looking to connect these companies to the game developers, starting off with the larger organizations such as Gasunie, the NAM, FrieslandCampina and UMCG. They have the most options open to work on new developments. After that, the use of Serious Games could fan out to the small- and medium-sized business sector. But those companies will have to give the nod and place orders, otherwise the game industry will not get the boost it needs to rise above first division level.”

“The education and healthcare sectors have recognized the possibilities offered by Serious Games as an instrument for improving skills, but that is less true for the business community”, adds Thijs Helfrich, founder of Wildsea in Leeuwarden. That is where the sector will have to start making its money.”