@ Kickstarter MMO Serious Game As A Platform For Cross-Learning Opportunities 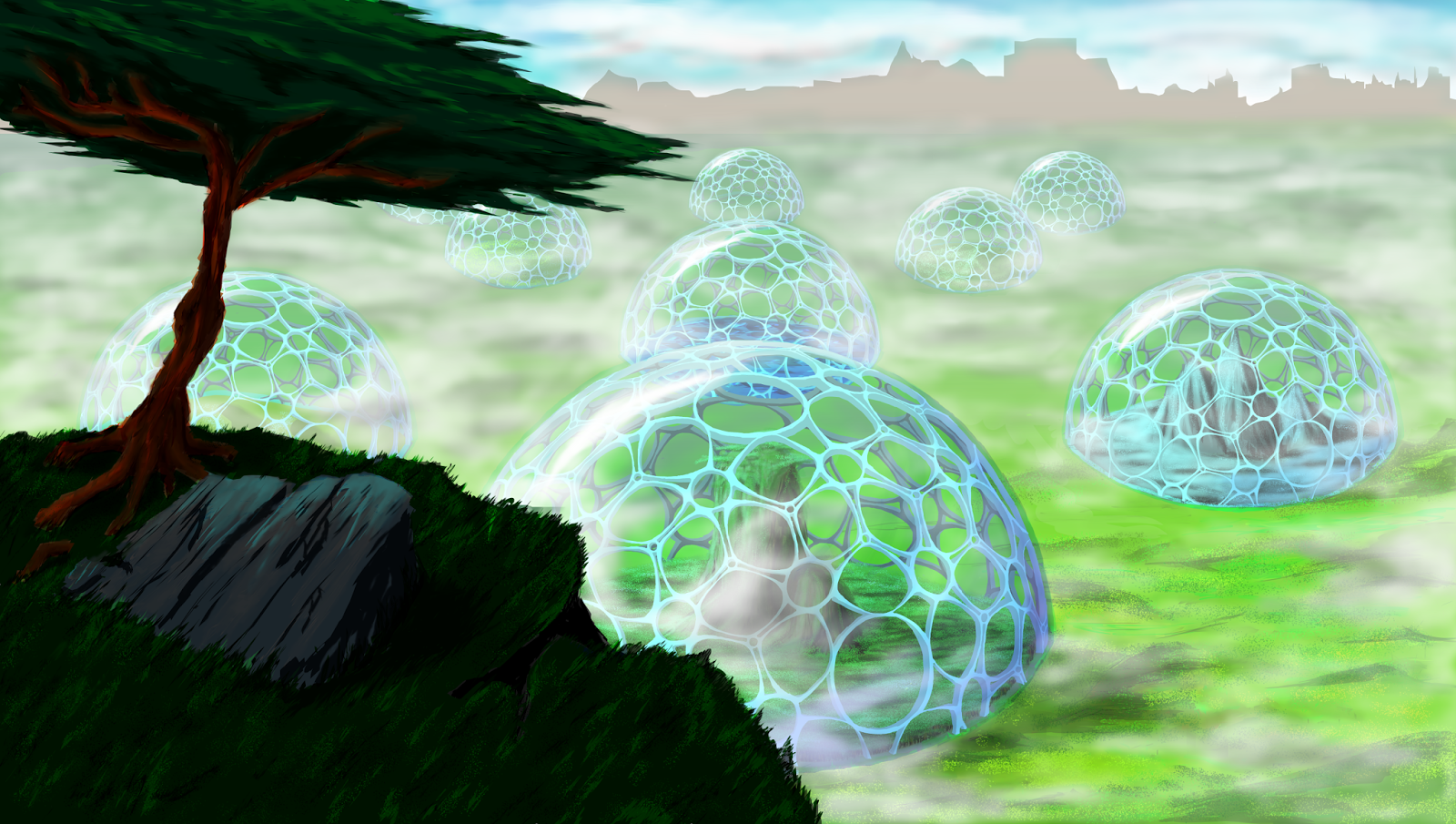 Tyto Online is a new "Serious Game" developed by Immersed Games, a startup based in Gainesville, Florida, that is looking to change the industry of educational games with the release of a MMORPG.

Tyto Online is a social learning game, where students level up their character by completing quests. Lindsey Tropf, Immersed Games CEO, founded the company on the premise that all the learning content should be provided in one cohesive context, crafting a story and environment for relevant social learning experiences.

The company long-term goal is to develop a platform for learning opportunities, with students in 3rd through 12th grade able to complete quests in many different areas such as science, math, entrepreneurship, technology, arts, history and financial literacy.

Last week, Immersed Games launched their Kickstarter campaign to raise $50,000 to fund the creation of their first module for middle school ecology.

The Tyto Foundation was established in 2214 with the goal of partnering teachers, scientists, great thinkers, and volunteers internationally to make progress in the fields of science, medicine, engineering, and technology to prevent the decline of Earth. For decades, humanity advanced technologically at a desperately great speed, inventing faster-than-light space travel, cryotechnology, and life-supporting Biodomes.

In 2288, the Foundation made its proudest accomplishment, and created the very first extra-planetary base on the planet Ovo. The new city, originally intended to be a research base, was called Espeth. Its first citizens were all members of the Foundation who were interested in developing technologies that could be used to create new, sustainable colonies for humankind.

Despite these great innovations, Earth’s decline was not abated. A mass evacuation was ordered in all countries of the world, and humans began leaving the only home they had ever known. Evacuation has been taking place since 2328; billions of people have already been evacuated in large ships called Pathfinders, which hold tens of thousands of people in a cryogenically preserved state for the voyage.

The players awaken from cryosleep as they arrive to this new world after having been recruited into Tyto Academy, which only accepts students with the utmost potential. As new Tytonians, they must learn everything they can, explore the new worlds, and research Earth’s past in a mission to one day restore Earth.

For the first release, the developers are working with the basic set of underlying mechanisms (networking, leveling system, custom character, etc.), the starting city, and a module of ecology linked to middle school science standards. The following are features of the ecology module:

Many of the quests will take place within the Biodomes that the Tyto Foundation set up to preserve Earth’s life. The students will assist the scientists and researchers as they seek to sustain these ecosystems.

Students will learn ecosystem differences, change environmental variables, and complete quests within these Biodomes that will lead to learning ecological concepts. For example, reports say plants in the Rainforest Biodome are turning brown and shriveling so they are asked to solve the problem.

The Biodex is how students will document the flora and fauna they discover in the Biodomes. Think of it as a personally generated Wikipedia. When they come across something new, they will tag it and a new entry will populate in the Biodex. This will encourage exploration and allow them to generate knowledge about cross-over species and their environmental needs. Animals in their Biodex will also be available for generating a custom Biodome. 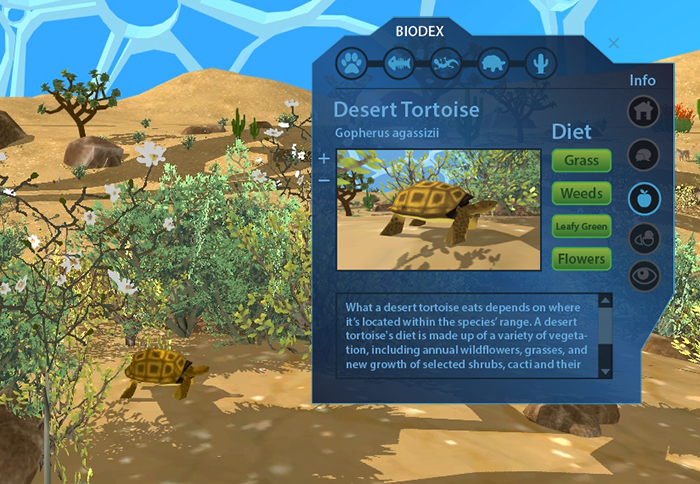 The capstone experience of this module is the Create-Your-Own Biodome, where students will apply their knowledge of ecosystems to create their own functioning Biodome. 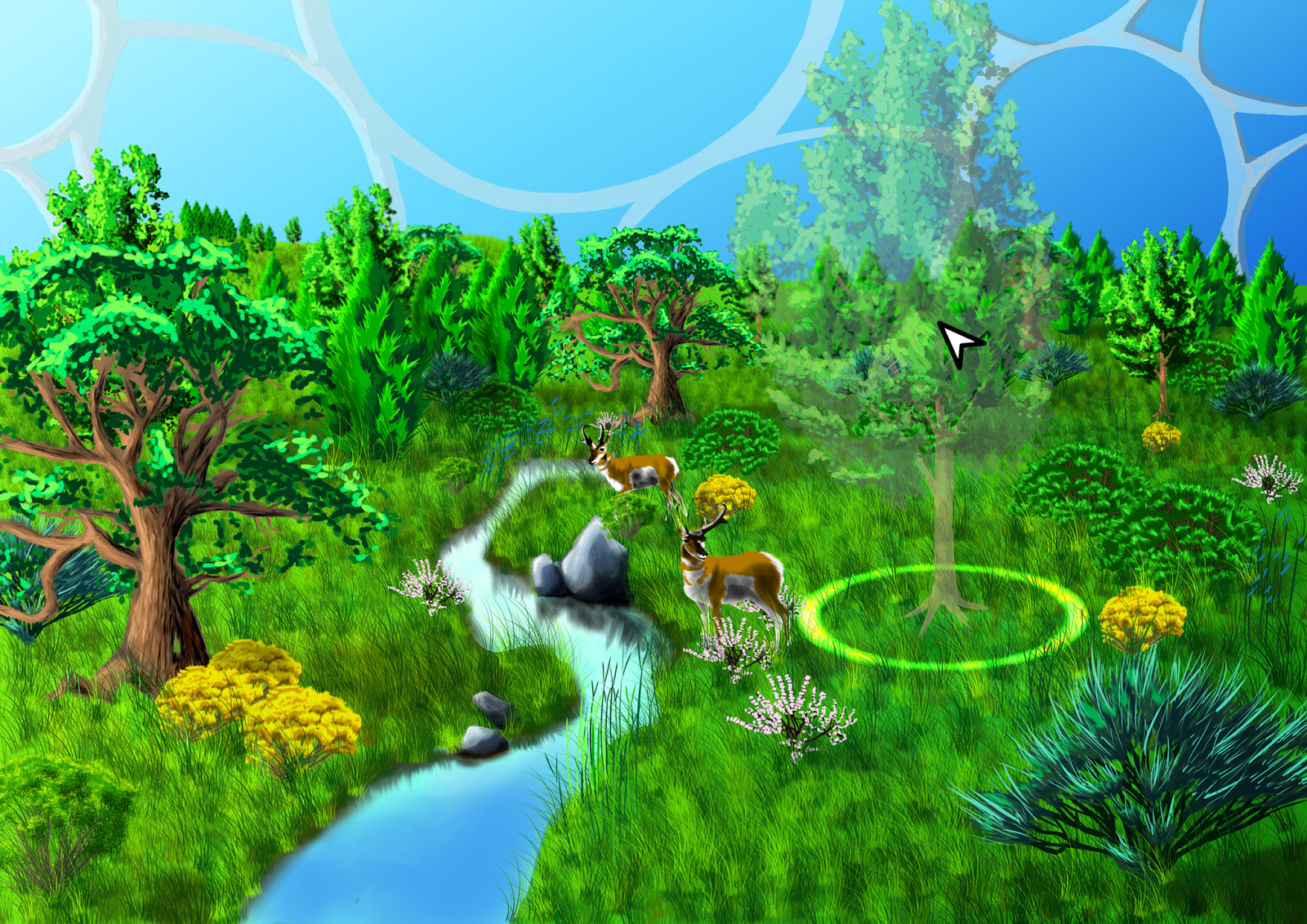 If the stretch goals are met, Tyto Online will promote interaction between parents, teachers and students through different account settings where progress can be monitored. Educators will be able to tailor the game to the class objectives by assigning quests and managing their classes.

These developing features are also intended for parents who might be homeschooling. Along with these inclusions, anybody who has an interest in the game can play, explore and make their own discoveries online in this futuristic universe.

Founded by Lindsey Tropf in the summer of 2012, Immersed Games is an independent game development studio based in Gainesville, FL, with the mission of harnessing the power of video games for learning.

Lindsey Tropf, CEO, is a doctoral candidate in School Psychology at the University of Florida, with a specialization in Program Evaluation and a minor in Research & Evaluation methodology.

Immersed Games has received recognition from organizations like GAAM (Games, Art and Music), The International Society for Technology in Education, the Dell Education Challenge and One Spark for its vision and passion.