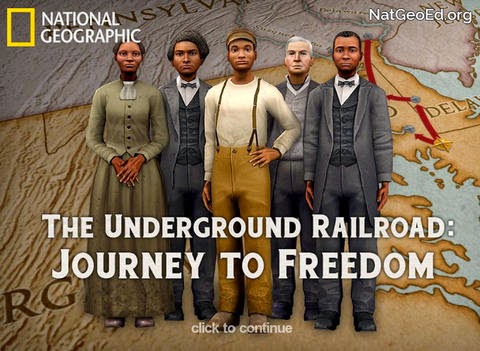 The Underground Railroad: Journey to Freedom, developed by Muzzy Lane Software for National Geographic Education, is one of the Silver Medal Winners of the 2014 International Serious Play Awards.

The Underground Railroad: Journey to Freedom is an online Serious Game (also available as an iOS app) that incorporates 3-D experiences as students make a series of choices that affect their journey from slavery to freedom. Along their journey students encounter challenges and meet key historical figures who provide help and inspiration.

“In the game, you are a slave. You belong to a farmer who owns a tobacco plantation on the eastern shore of Maryland. Six long days a week you tend his field. But not for much longer . . .” 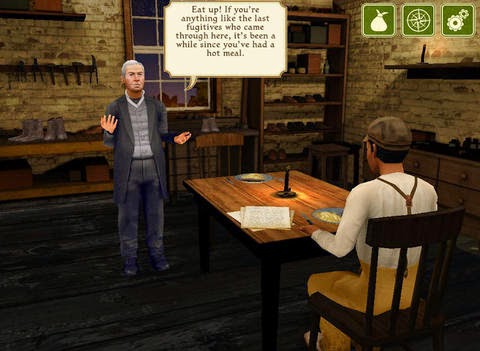 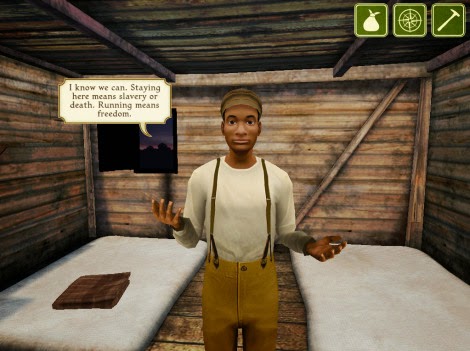 Played from a first-person perspective, in a choose-your-own-journey style, the game immerses students in the action as they escape from a southern plantation and head North toward freedom. Along the route, students will talk to historical figures and get information from primary source documents, making decisions on their path North that will lead them to one of several possible outcomes.

The assessment element is fully integrated with gameplay. As players make a series of choices that affect their journey from slavery to freedom, the decisions made along the route determine one of several possible outcomes. As a result, the game measures and rewards critical thinking. 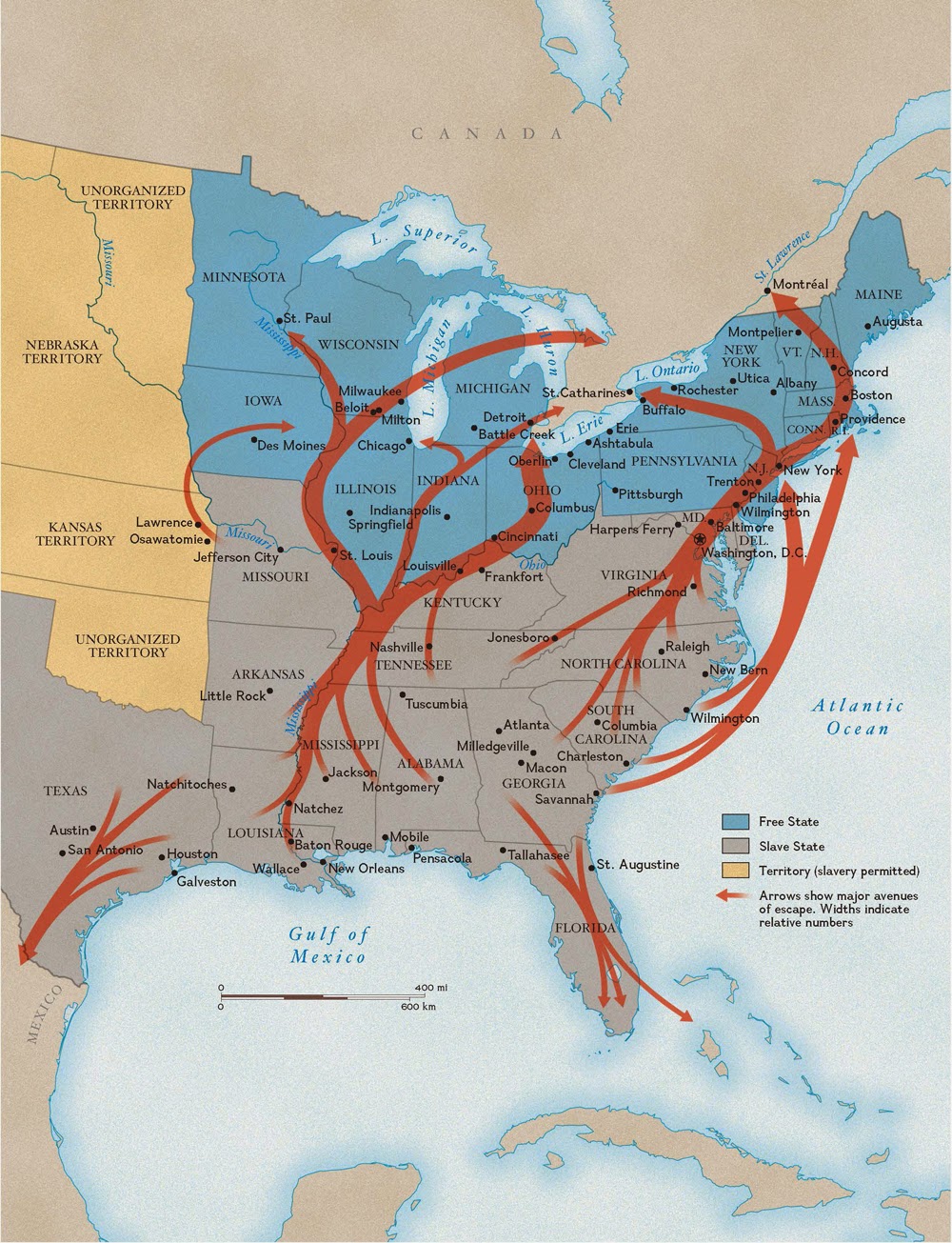 Avenues of Escape on the Underground Railroad 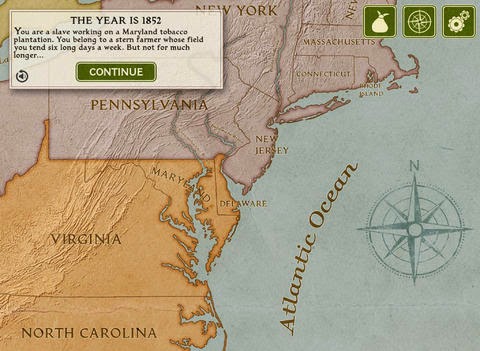 Students can see their progress on a map

The game is designed to be played through once in about 30 minutes if students are playing independently, and in about 1 hour if they are playing in small groups or a classroom setting.

There is a detailed teacher's guide for the game that offers suggestions on how to engage students in Grades 6-10 in a variety of settings, both in and out of the classroom. The educator guide is also a resource for families. Parents or caregivers can act as facilitators, using the guide’s background information section as a reference.

The Underground Railroad was a secret network organized by people who helped men, women, and children escape from slavery to freedom. It operated before the Civil War (1861-1865) ended slavery in the United States. The Underground Railroad provided hiding places, food, and often transportation for the fugitives who were trying to escape slavery. Along the way, people also provided directions for the safest way to get further north on the dangerous journey to freedom.

The people who helped slaves escape were called "conductors" or "engineers." The places along the escape route were called "stations." Sometimes escaping slaves were called "passengers." Sometimes they were called "cargo" or "goods." Conductors helped passengers get from one station to the next. Sometimes they traveled with escaping slaves all the way from the South, where they had been slaves, to the North or to Canada, where they would be free. Sometimes the conductors traveled only a short distance and then handed the escaping slaves to another helper. Engineers, who were the leaders of the Underground Railroad, helped slaves who were running away by providing them with food, shelter, and sometimes jobs. They hid the slaves from people who were trying to catch them and return them to slavery.