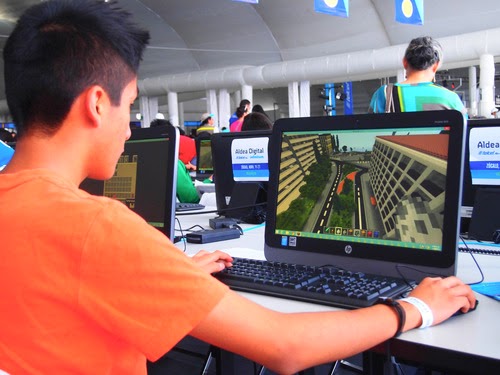 Block by Block is taking part in Aldea Digital (digital inclusion festival in Mexico City). So far over 200 kids have redesigned the Plaza Tlaxcoaque in Minecraft. The three winners will be presented on Sunday 27 April.

The Block byBlock project will be showcased this week at the 11th Annual Games for Change Festival.

Block by Block is an innovative partnership between the United Nations Human Settlements Program (UN-Habitat), the UN agency promoting sustainable towns and cities, and Mojang, the makers of Minecraft.

According to Pontus Westerberg, Digital Project Manager for UN Habitat, the program originally started to get people aged 14-25 involved in planning projects in their communities. Minecraft has turned out to be the perfect tool to facilitate this process.

Block by Block aims to involve youth in the planning process of urban areas by giving them the opportunity to show planners and decision makers how they would like to see their cities in the future. The four-year partnership will support UN-Habitat’s Sustainable Urban Development Network to upgrade 300 public spaces by 2016.

The first pilot project in Kibera, Nairobi’s largest slum, is already underway. Working with Nairobi City Council, who owns the land, and a number of community groups and organizations, UN-Habitat is upgrading the Silanga sports, one of the only publicly available football fields, and its surroundings.

At the start of the program, the UK-based Minecraft modding group FyreUK builds the region inside the game. Have a taste of it at  https://youtu.be/Sg-vvRjFeEg!

Community members are then asked to redesign the public space in need inside the sandbox game, creating a 3D visual representation of the upgraded area that can be easily understood by its residents.

Several cities have already been added to the Block-by-Block program. In the below timelapse videos, FyreUK builds other real world sites to be improved using Minecraft as a communication tool. 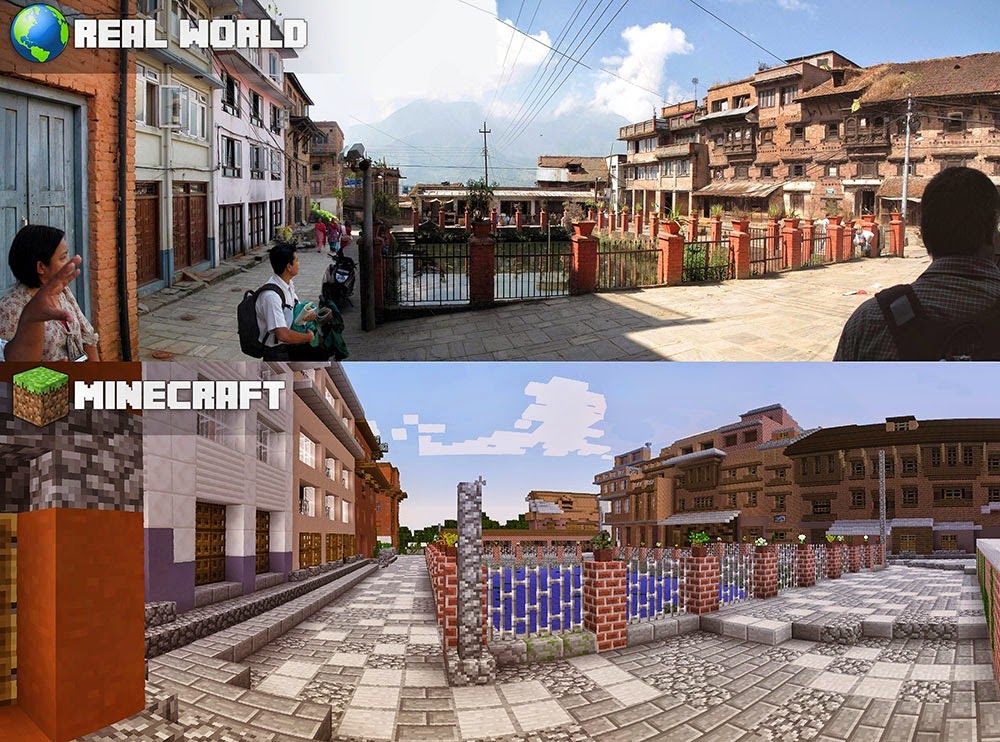 Kirtipur is one of the oldest towns in Kathmandu Valley. In Nepal, public space is closely connected to water, with ponds, stone spouts and wells are traditionally surrounded by public spaces used for relaxation, recreation and rituals. UN-Habitat is supporting Kirtipur Municipality, the Center for Integrated Urban Development (a local NGO) and local communities to improve the water system management, conserve and upgrade existing public spaces for a better community utilization, and initiate a people-centric process to revitalize the public spaces of Kirtipur.

Les Cayes, is Haiti’s third largest city, in which groups of citizens were asked to redesign the city’s waterfront.

The waterfront of Les Cayes is unprotected from the sea and regularly suffers from flooding and erosion which badly affects the inhabitants of the slum settlements nearby. In addition, the waterfront is used as an open latrine and for waste disposal. Starting in an areas called Plage de Touterelle, UN-Habitat is developing an ambitious plan to turn the waterfront into a public urban walkway, usable by all citizens of Les Cayes.