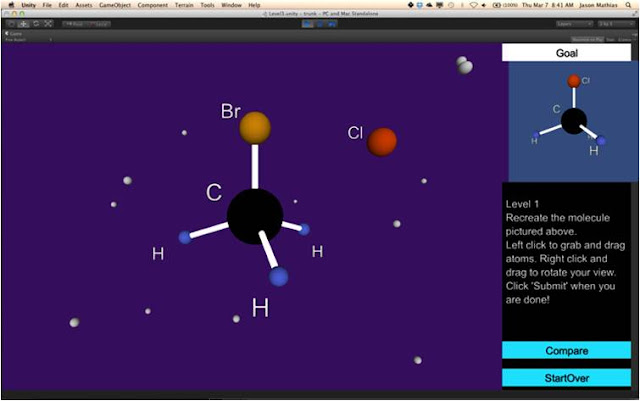 LOS ANGELES – Aug. 30, 2013 – Covalence, an educational "Serious Game" created by Jason Mathias, a student at USC, won Best of Show in the student competition of the 2013 International Serious Play Awards


Covalence attempts to teach players about the covalent compounds, which is a strand of science taught at GCSE-level.

Six other student games were awarded medals.  The awards, announced at the 2013 Serious Play Conference at DigiPen Institute of Technology honor exceptional examples of Serious Games created by students for corporate, healthcare, education or games for good segments.

“We are always excited with the student entries, but this year’s winners were the most impressive yet,” Sue Bohle, executive director, Serious Games Association, said. “The qualities of these titles are a strong indicator of the increased emphasis educators are placing on serious game development and the bright futures that await these students.”

For more information on the awards competition, go to http://seriousplayconf.com/awards/