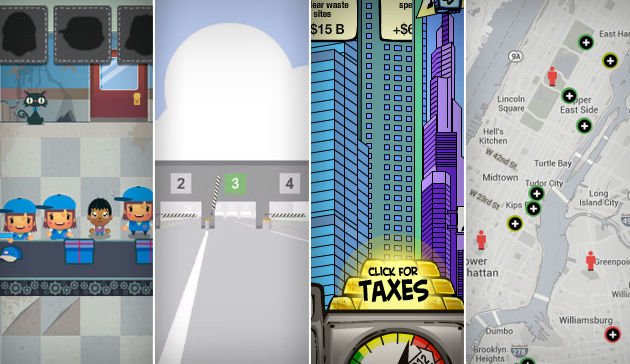 ProPublica has co-published an interesting article with Source titled Creating Games For Journalism, by Sisi Wei. Sisi is the news applications developer at ProPublica, where she builds interactive stories (and newsgames) that serve the public interest. Previously, she was a Graphics Editor at the Washington Post.

The article describes how journalists can learn a lot from video games, a medium that can help users explore unfamiliar worlds and experience stories through the eyes of another person, engaging them in a highly meaningful, memorable and influential way.

It highlights the fact that many people who would never call themselves gamers are playing games and getting familiar with how the medium works. It also refers to the Serious Games community, dedicated to exploring how games can be used in education.

The author states that games can be a great tool for journalists to reach and inform, pushing the boundaries of reader engagement.

“Simulation games create a mock reality that lets players come very close to experiencing something first-hand—close enough to confront the pressures and emotions of the real thing”, says Sisi Wei. “When used to inform the public, such games provide a unique strength: generate understanding through emotional involvement.”

Under the section Games Journalists Have Already Made she provides three examples of how some news organizations have already started using games. 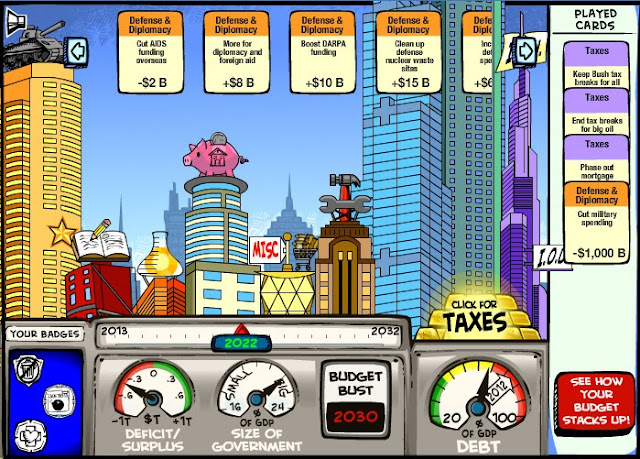 Gauging Your Distraction, by the New York Times
The game asks players to drive and text simultaneously, and requires you to do both well. Throughout the game, players must maneuver between six lanes as directed, all while texting correctly spelled messages back to a friend. 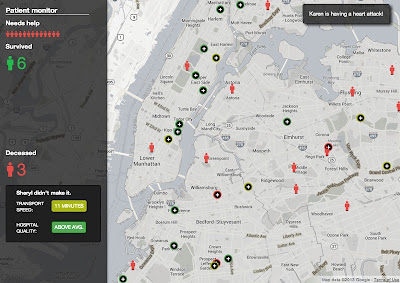 Newsgame HeartSaver by Sisi Wei
Players are shown a map of New York City, and are tasked with getting as many heart attack patients to emergency care facilities as possible. The game used the best data available, including querying the Google Transportation API for real transportation times between two locations, and data from the Emergency Medicine Journal on survival rates for heart attack patients.

See the full article at https://www.propublica.org/nerds/creating-games-for-journalism