Serious Games As Pathways From Architecture To Game Development 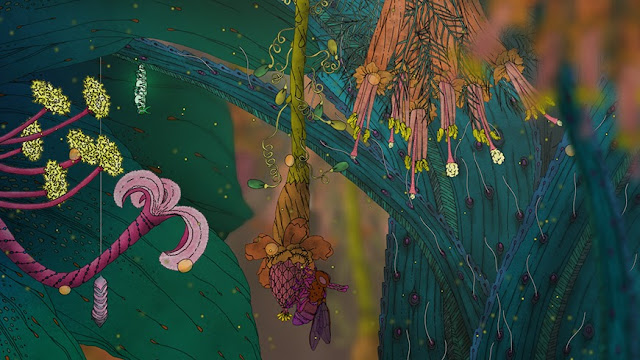 Morphopolis is a game about transformation and discovery

MORPHOPOLIS: CEMENTING THE TRANSFORMATION FROM ARCHITECT TO GAME DEVELOPER
Announcing the point and click adventure with a fine art aesthetic

Initially inspired by point and click adventures like Machinarium and The Tiny Bang Story, Morphopolis is a new game experience crafted by two architects.

Micro Macro founder Dan Walters says “The game is about a journey; taking narrative from the environment, creating places through the division space, and evolving this world as your awareness of scale, mechanics and inhabitants change. These are concepts we discovered in architecture school, but they can be handled so much more playfully in an illustrated world.” 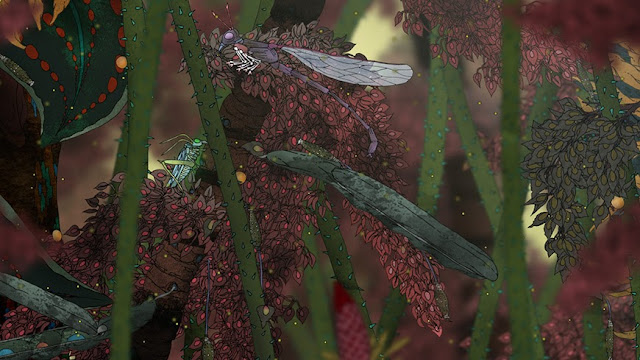 The unique art style uses intricate line drawings and ink wash techniques, that draw on the coloring style of 60s and 70s posters; blending the style of Martin Sharp with the work of illustrators like Edmund Dulac and Maxfield Parrish. This attention to detail creates a charming and magical world for the players to explore.

Game Artist Ceri Williams said “The tone of the game aims to strike a balance between the beauties of the close up natural world with the captivating visceral qualities of the insect kingdom. Familiar, but increasingly alien as you peer closer; we want Morphopolis to appeal to the inquisitive."

Set for simultaneous release on 8 platforms including: Windows, Mac OSX, Linux, Android, iOS, Windows Phone 8, Blackberry and Kindle Fire. Morphopolis has been created over the past 10 months, by just two developers. Together they have had crafted more than 30 hidden object sets, 15 scenes, and many more mini puzzles for players to solve.

Morphopolis is a visually stunning point and click adventure which takes the player on a lucid and fantastical journey of transformation and discovery. Play the role of an aphid grub and embark on an epic adventure to rescue your companion. Explore and interact with beautifully illustrated scenes to find hidden objects and solve puzzles.

Morphopolis has won the Association of Illustrators Award in the Design category for New Talent and will be on display at Somerset House in London during October before touring nationally.


Dan Walters studied architecture for 7 years at Cardiff then later at Cambridge, but has always been passionate about game development, teaching himself to program at the age of 13. His passion for games eventually leads him to become a graphics programmer for an established developer. Dan devotes his spare time to developing innovative games under the banner of indie studio Micro Macro.

Ceri Williams is an architectural designer and illustrator based in London. He has worked for well known architects such as Toh Shimazaki and Asif Kahn, as well as designing and building exhibitions for the Royal College of Art and the Victoria and Albert Museum. Morphopolis is his first video game project and he has been able to use the composition and spatial skills learnt in architecture to develop the game narrative and sequence of scenes.