Serious Games Powered By Next Generation Of Wearable Computing 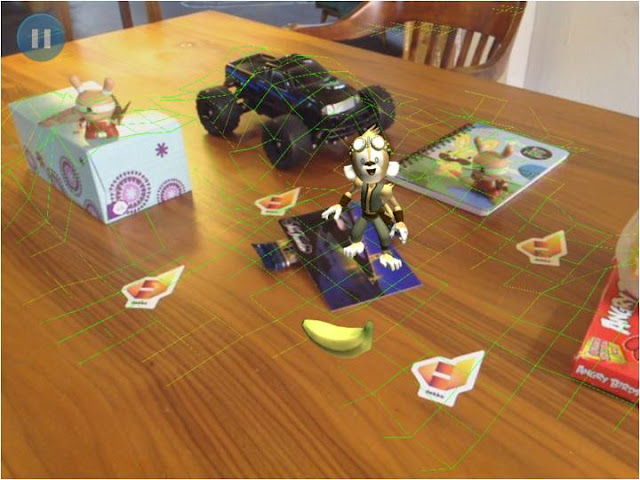 With the impending release of Google Glass, it looks like we're on the verge of a massive wearable computing wave. What remains to be seen is what kind of OS and game experiences that will usher in.

A start-up has developed the technology to power the next generation of wearable computing: Dekko has been developing a real-world operating system for 2 years that will function as the visual layer for wearable computing devices. The technology uses real-time 3D reconstruction, letting mobile devices interpret physical objects and build digital layers on top of them. This has significant implications for what is possible with mobile gaming.

Dekko is ushering in the next level of tech and they're already speaking with the top 3 T1 hardware manufacturers. They are announcing they have closed a seed funding round of $3.2 million and are launching today.

"Just like iOS heralded in the new age of smartphones from feature phones, Dekko's goal is to be the visual layer that takes us from apps inside smartphones to apps running in the world, as seen through wearable computing devices", said Matt Miesnieks, DEKKO CEO.

Dekko's real-world OS uses mobile device cameras (currently works with smartphones but will be compatible with any wearable computing device) to reconstruct the environment around them and track content in real-time. This allows mobile devices to visually interpret the real world and unleashes a whole new range of opportunities for mobile developers in gaming, social networking and tourism.

Here is the full press release

The OS represents a shift from mobile apps that operate inside the constraints of a mobile device to apps that run outside of the box. With Dekko, apps can reconstruct and track the environments around them in real-time, allowing for entirely new and visually stunning mobile experiences.

“Dekko will help usher in a new generation of apps that work outside the confines of a mobile device, truly merging the experience with the user’s life,” said Matt Miesnieks, CEO of Dekko. “Previous attempts at this kind of tech have only provided the world with gimmicky, transitory experiences with no real value or staying power. We were promised the moon and given cardboard spaceships”

Due to its mapping technology, Dekko’s real-world OS is unbound and independent of a physical printout or anchor to interact with mobile devices in real-time. This opens up the potential scale for the platform. While it can currently reconstruct and track an area the size of a table, eventually it will be able to interpret rooms, streets, and cities using 3D mapping.

The real-world OS has massive potential applications in mobile, from social networking and local search to gaming and tourism. The platform also allows for multiple-participant experiences for multiplayer gaming.
“Much like iOS marked the shift from feature phones to smartphones, Dekko’s goal is to be the OS for the wearable computing generation,” said Miesnieks. “Dekko will usher in the next wave of mobile by providing developers with a stunning 3D visual layer for wearable devices.”

Dekko is currently in talks with the top three tier-one hardware manufacturers.

Those interested in working with or learning more about Dekko should contact partnerships at dekko.co or visit http://www.dekko.co/

Dekko was founded in 2011 on the belief that society is entering a transition in how we experience our technology. Dekko is building a real-world operating system to let us see our content in the world, through a screen, not on a screen.