Serious Games For Starting Your Own Video Game Dev Company 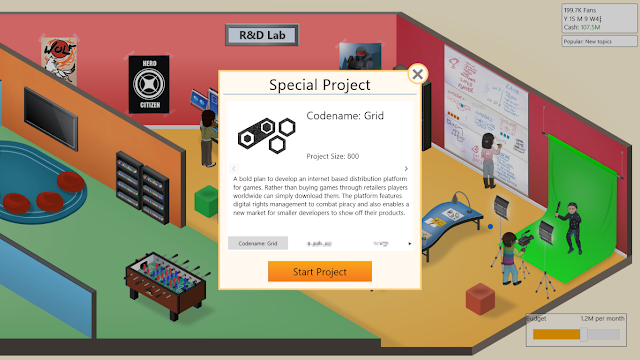 Game Dev Tycoon™ is a business simulation game available for Windows, Mac and Linux as well as on the Windows 8 Store. In Game Dev Tycoon you replay the history of the gaming industry by starting your own video game development company in the 80s.

Charting the career of a game studio as it grows from one man in his house to a AAA company, players create best selling games, research new technologies, create their own custom game engine, forge a world-class development team, and launch industry changing products with the goal of becoming the market leader.

When the game was released late April, Greenheart Games also released a free, cracked version on certain torrenting sites. The cracked version is nearly identical to the real thing except that for those who downloaded the "free" version of the game would later be impossible to progress because piracy of their own in-game created games would cause their company to go bankrupt. 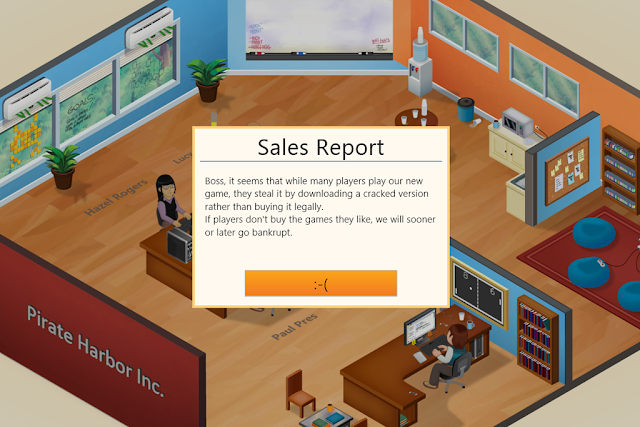 “Boss, it seems that while many players play our new game, they steal it by downloading a cracked version rather than buying it legally. If players don't buy the games they like, we will sooner or later go bankrupt.”

You start your adventure in a small garage office in the 80s, developing your first simple games. Gain experience, unlock new options and create your first game engine. 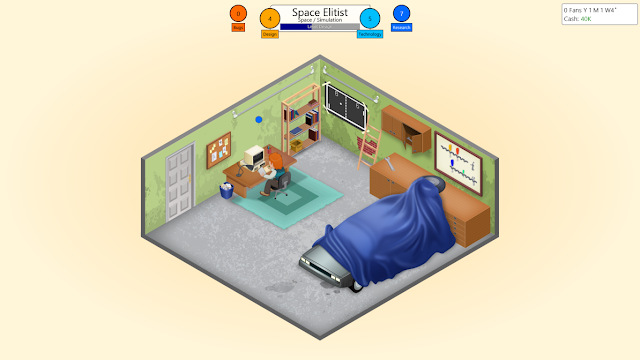 Once you have successfully released a few games you can move into your own office and forge a world-class development team. 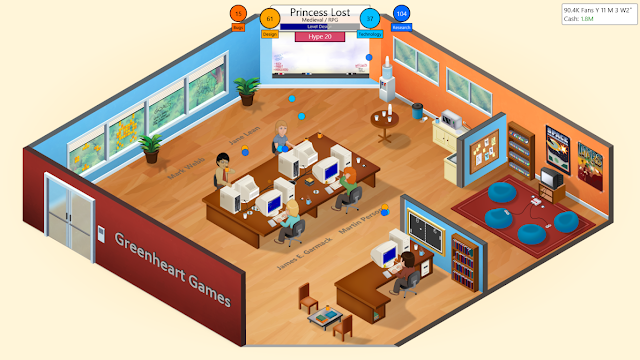 With experience and a good team, you can release larger, more complex games. Larger games bring new challenges and you will have to manage your team well to deliver hit games. 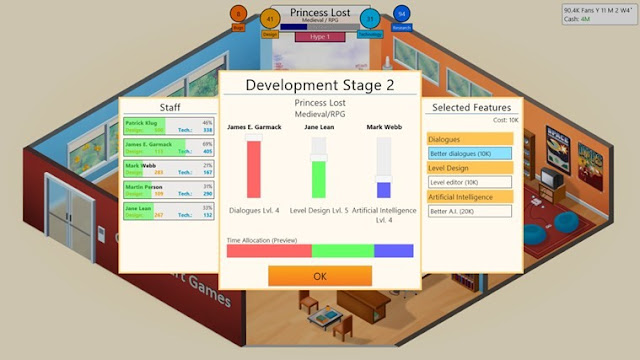 Players can move beyond just releasing games and conduct industry-changing projects by unlocking labs later in the game. There are a number of secret projects that can be completed.

Greenheart Games was founded in July 2012 by brothers Patrick and Daniel Klug with a mission to develop games that are fun to play instead of money grabbers. Less social, less ville, more game is their current motto.

Their first game to test the waters is Game Dev Tycoon, a tycoon style game where you can start your own game development company in the 80s. Game Dev Tycoon was inspired by Game Dev Story (by Kairosoft), which was the first ‘tycoon’ game they enjoyed playing on the iPhone; however, from the start, they wished the game would work and look differently. They wanted a game development simulation which would be less random, more about your choices and a little more realistic. They began working on what would become Game Dev Tycoon in 2011 and created the concepts and game mechanics as well as the game itself from scratch.