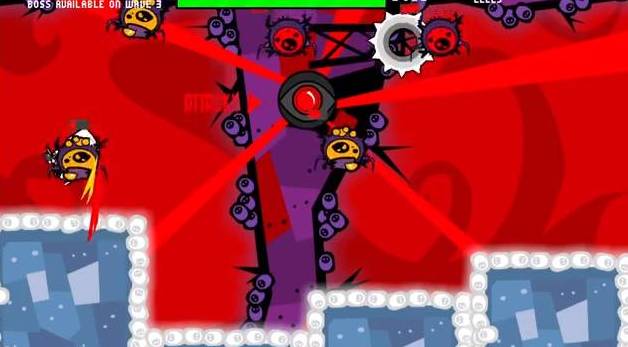 Re-Mission 2 is a collection of six online games created by the nonprofit HopeLab to help young people with cancer take on the fight of their lives. The games are an evolution of the original Re-Mission, inspired by the vision of HopeLab founder Pam Omidyar to fight cancer with gameplay.  Based on scientific research, the games provide cancer support by giving players a sense of power and control and encouraging treatment adherence. 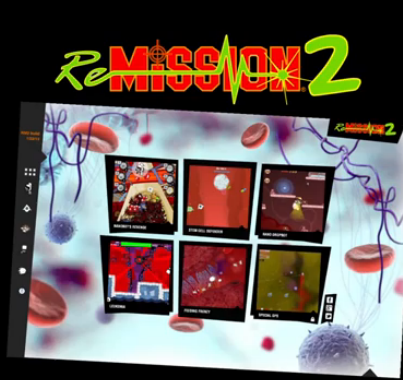 The gameplay parallels real-world strategies used to successfully destroy cancer and win. Each game puts players inside the human body to fight cancer with an arsenal of weapons and super-powers, like chemotherapy, antibiotics and the body’s natural defenses.  The games are designed to motivate players to stick to their treatments by boosting self-efficacy and positive emotions and by shifting attitudes about chemotherapy.

All the games can be played free online at http://www.re-mission2.org/games/

You are a nanobot, a powerful microscopic robot designed to blast away cancer.
Players use an ever-increasing arsenal of powerful chemo attacks to crush the cancerous forces of the Nuclear Tyrant, firing targeted treatments on a growing tumor to prevent cancer from escaping into the blood stream.

You are a mighty nanobot designed to protect white blood cells from a bacteria invasion – and you’ve got what it takes to win. Drag-and-drop gameplay maneuvers the nanobot to grow good cells to fight off a nasty bacterial infection. Powerful antibiotic bombs are used to wipe out the invading bacterial army.

This bonus game is unlocked by playing 5 levels of each of the other Re-Mission 2 games. Players destroy cancerous worms invading the body in iconic shoot-‘em-up arcade-style gameplay. The game is downloadable and available for play offline.

Re-Mission™ Attitudes Study in the Brain
Data published in the scientific journal PLoSONE.