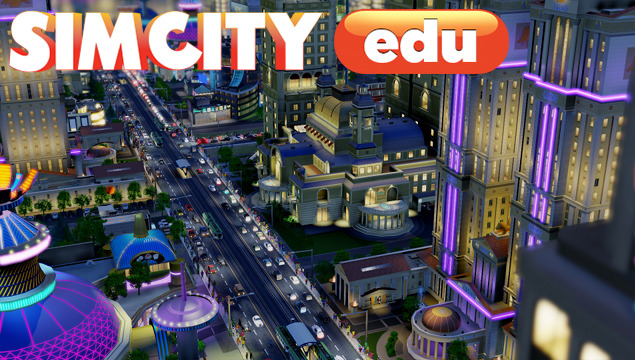 Understanding why players become so absorbed and focused that they seem to be achieving the state of “flow” that psychologists use to describe master musicians and champion athletes, but gamers get there right away instead of having to train for years, is part of the challenge educators shall face to get the most from "Serious Games" in the classroom.

The Assessment Challenge For Institutionalizing Serious Games In Education

In my previous posts Serious Games Embed New Metrics and Disconnects between Serious Games Wins and Report Cards for Students ’ Classroom Skills I had surfaced one major challenge for institutionalizing Serious Games in Education: “How do we measure success when facing discontinuity?”

As potentially every education program, every curriculum, can be reshaped over the next few years by the use of Serious Games, I anticipated that traditional standardized measurements of varying levels of comprehension within a subject area will tend to become obsolete for a variety of reasons, among them:

• The concept of grading is static while gameplay is dynamic
• Games don’t separate learning and assessment: they give you feed back on the learning curve you are on
• Subject areas are often four-walled whilst gameplay cuts across multiple disciplines
• Grading mirrors the past, thus inhibiting burning platforms
• The above can produce mixed report cards for students’ classroom skills: grades may be falling whilst gaming skills are rocketing
• When facing discontinuity, the first thing we want to ensure is that we are creating, not destroying, value

The Value Creation concept is often difficult to convey but once we agree upon what constitutes value and the Value Metrics to be used, it becomes one of the best anchors for discontinuity.

As gaming is all about problem solving, and not about knowing a lot of facts, here is a head start:

How do we measure and subsequently institutionalize the value of collaborative problem solving and critical thinking?

How do we reward collaborative effort continually while also providing occasional unexpected rewards?

. Value of Failure In Pursuit Of The Next Level

One of the most profound transformations we can learn from games is how to turn the sense that someone has ‘failed’ into the sense that they ‘haven’t succeeded yet.

How do we reward the value of failure in pursuit of the next level or the epic win?

. For Teachers: The Value of Video Games Shaping Classroom Curriculum

How do we measure the increase of students’ engagement in the context of a Serious Games-based curriculum?

Now MindShift reports that “GlassLab in collaboration with Electronic Arts, assessment experts and those versed in digital classrooms, are working to build SimCityEDU that grew out of research conducted by the MacArthur foundation on how gaming can mirror formative assessments [PDF].

Their research found that games gather data about the player as he or she makes choices within the game affecting the outcome. SimCityEDU, funded by the Gates and MacArthur foundations, will provide assessments that are aligned with Common Core State Standards. The EDU version uses the same code as the commercial game, but with the addition of using students’ choices during challenges as a method of assessment.

As MindShift also reports, not all education experts agree that assessment should be built into games:

“The game should be a place of play and experimentation,” said Henry Jenkins, the professor on the forefront of game-based learning. “Meta-gaming is where the learning could be without disrupting the ecology of the game.” The “meta-game” is the world outside the game often composed of fans who discuss what they are making in the game with one another, write fan fiction and in other ways continue to create material even when not playing.”