Pushing The Boundaries of Serious Gameplay Into Semantic Search 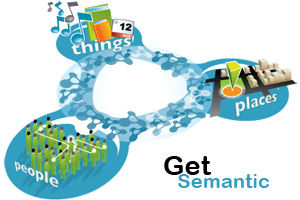 Semantic Search Is A Serious Game

Following my prior posts Serious Games, Serious Money: Google's Web Reshaping, and Google+ Turns Spheres of Connections Into Serious Games, Google Knowledge Graph is the latest piece in the giant puzzle Google is trying to put together in reshaping the Web.

Google launched Knowledge Graph in May 2012, announcing the feature as “a critical first step towards building the next generation of search, which taps into the collective intelligence of the web and understands the world a bit more like people do”. 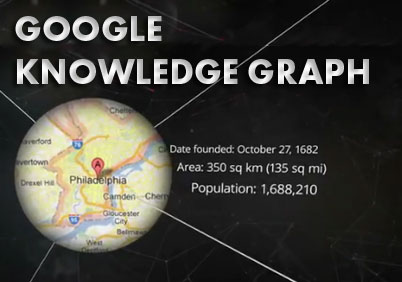 As described by Google, the Knowledge Graph collects information about real world objects --objects being a person, a book, a movie and many other items. By understanding the relationships between those objects, Google can do a better job in understanding what exactly we are searching for or even predict our next questions before we consider them, thus adding educational value to what we originally wanted.

Google aspires to go far beyond providing information based on keywords. Instead, Google wants to educate “players” by being a knowledge-base.

Google says the Knowledge Graph will allow us to “get a more complete picture of what we’re curious about, exploring collections from the Knowledge Graph and browsing lists of items, like museums in NYC below, helping us research the topic faster and in more depth than before. 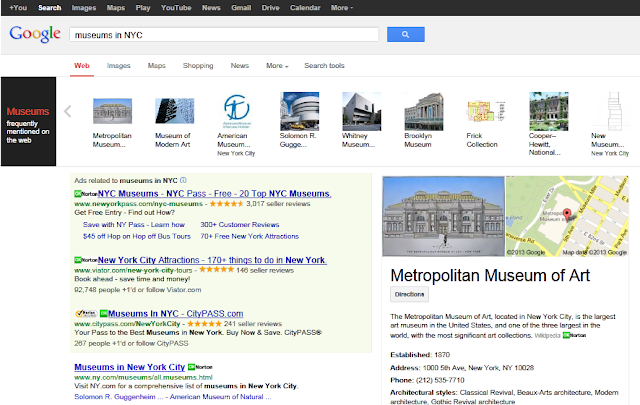 As stated by Social Caffeine – Optimizing the Buzz in Your Life “Google’s search is getting more intelligent. It’s all about search engines thinking more like human beings. Knowledge Graph is the first step towards search engines with human understanding”.

About The Semantic Web, Semantic Search and Education

The term Semantic Web was coined by Tim Berners-Lee, the inventor of the World Wide Web, who defined it as "a web of data that can be processed directly and indirectly by machines." In his article for the Scientific American Magazine in 2001, he described his vision as “a new form of Web content that is meaningful to computers and will unleash a revolution of new possibilities”.

The Semantic Web is a vision of the integration of information drawn from diverse sources. The ability for machines to record how data relates to the real world, and a shift from the need to access a series of data bases through a series of searches, to the translation of content into machine readable information that can be accessed through one unending data base.

The ability of teachers and students to draw on authentic and even ‘real time’ data from across the world offers significant opportunities for learning and the curriculum to become a ‘first-hand experience’.