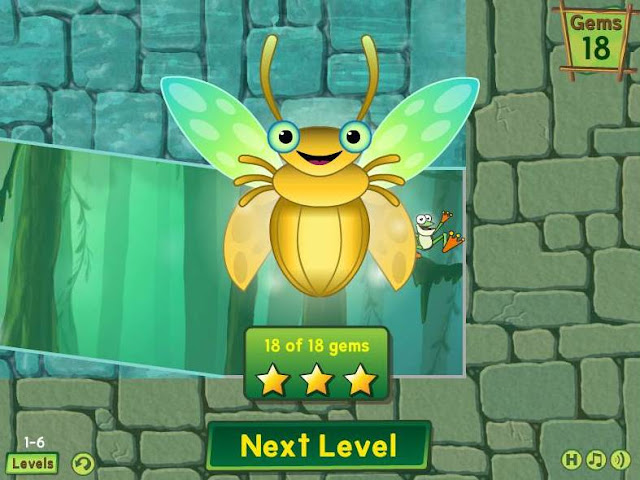 Via: Center for Game Science

Makers of free online Serious Games for Learning and Expert Performance that include fraction Games such as Refraction and Creature Capture, the Center for Game Science also offers its STEM Serious Games for scientific discovery and discovery of optimal learning pathways; for cognitive skill training and creativity; and for exploration of collective over individual intelligence.

Their latest Serious Game is Treefrog Treasure, a platformer game that allows players to explore different worlds as a frog and learn fractions and numberline concepts. When certain obstacles are reached, a player must properly identify a target symbol, whole number, or fraction on a numberline to collect gems and complete the level.  Hints are provided to help the player reach the correct answer when mistakes are made. 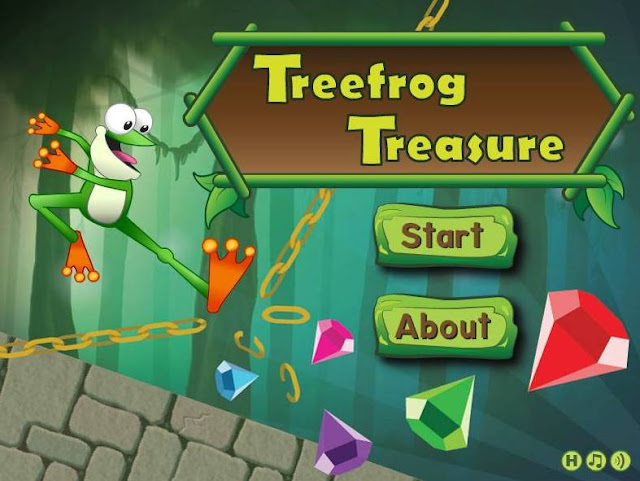 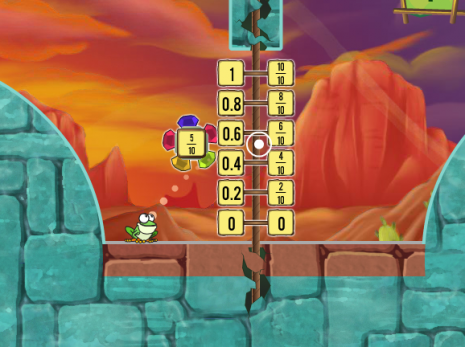 The team went through a number of prototypes that were able to address their math goals. One of their main teaching goals was to provide scaffolding to aid players that are struggling by giving them more and more help if they are unable to solve a given numberline problem. On a simple numberline with two endpoints and a fractional target, the player has the opportunity to collect 5 gems by jumping into the correct point on the first try. If the player misses their first try, the line is divided into the appropriate denominator and they are able to collect 3 gems. If they continue to miss, additional labels are provided and eventually the target fraction is displayed on the line to show the answer. This design lets any player complete a level without requiring math reasoning, but quickly players realize that the most effective way to beat the game is to use their knowledge of fractions to get the answer right on the first try.

They’re hoping this approach will make the game accessible for players who have never seen a numberline before, and they've seen positive results when playtesting with kids as young as kindergarten-age.

CGS research is focused around creating the best learning experience for students and providing the best support for teachers. Their current project looks at how they can make Treefrog Treasure dynamically adapt the progression of numberline concepts based on each student’s performance in the game. Here, the game looks at how the student did on past levels, and selects the next challenge so that it will maximize both learning and engagement. The goal is to dynamically create a personalized progression for every student.

Another current project involves the development of a support tool for teachers called the Teacher Portal. This tool provides a web interface where teachers can see detailed information about the progress of their students in the game. If a teacher assigns a set of levels in Treefrog Treasure to his/her class, he/she can immediately assess performance across a variety of concepts through this Teacher Portal. They are working with teachers to refine our design and make this an effective tool to support the use of Serious Games in the classroom.

About the Center for Game Science

The Center for Game Science focuses on solving hard problems facing humanity today in a game based environment. Most of these problems are thus far unsolvable by either people alone or by computer-only approaches. The Center for Science pursues solutions with a computational and creative symbiosis of humans and computers. For this symbiotic problem solving engine to work, two things need to co-evolve:

. People need to be brought to a high level of expertise specific to each problem,
. Computer tools need to adapt to best complement human problem solving and creative abilities.

The Center for Game Science believes that these two objectives can most naturally be framed within the game environment which promotes extended involvement by people and that allows for game tools to adapt based on analysis of data from human interaction.

For this reason they are currently developing data-based theories of human engagement, expertise acquisition and learning, as well as automated generation of engaging game content that self-adapts to each human player.

Their initial domain focus is on scientific discovery games, games that discover optimal learning pathways for STEM education, cognitive skill training games, games that promote human creativity, games that explore collective over individual intelligence and many more that we will be announcing shortly.