The Learning Games Network (LGN), established in 2007 as a non-profit spin-off of MIT’s Education Arcade and the University of Madison-Wisconsin’s Games + Learning + Society Center, released their ethical and critical thinking "Serious Game" Quandary in September 2012.

Quandary was developed by a team of experts across the fields of child development, social and emotional learning, moral development and game design. Scholars from Harvard and Tufts University devised a prototype that was tested for viability. Designers at the MIT Education Arcade and the Learning Games Network refined the game, which was produced by FableVision, an award-winning digital production and learning company.

Quandary is a unique gaming experience that puts players in charge of a colony on the planet Braxos, where human settlers are trying to create a thriving civilization. Players will have to consider urgent moral and ethical dilemmas that are integral to the livelihood of their colony. Each decision will have serious consequences for the settlers of Braxos.

In their interactions with other settlers in the colony, players must consider facts, opinions and solutions, just like in real life.

Though the game’s setting is a futuristic colony, the genuinely tough situations that players encounter are translatable to the ones they are likely to face day-to-day. The skills players develop while playing Quandary – such as critical thinking, perspective-taking and decision-making – will help them recognize ethical issues and deal with ethical situations in their own lives. 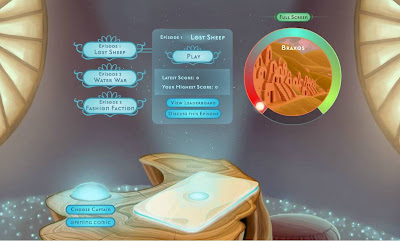 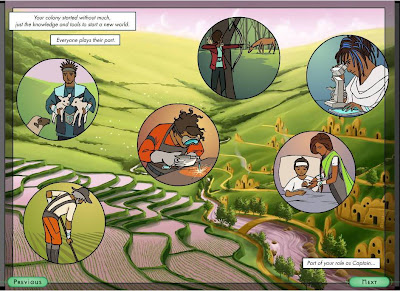 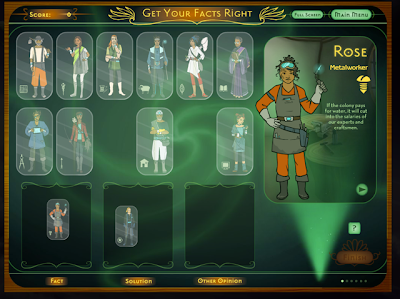 There are three episodes (scenarios) in Quandary. Each takes about 10-30 minutes to complete, depending on the speed of the player.

Quandary's registration system allows players to save their progress after each episode and return by logging-in at a different time. It’s not necessary to register to play the game, but the progress will not be saved.

Quandary received the Most Meaningful Game Award at the International Academic Conference on Meaningful Play 2012 at Michigan State University.