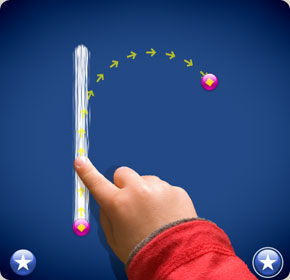 Serious Game LetterSchool, by Boreaal, turned one late December and on January 10, 2013 was crowned Best Younger Children’s App by the KAPi Awards at the Consumer Electronics Show (CES®). This is the cherry atop an impressive stack of awards and accolades the app has won in its first year (Please find also Serious Games For iPad Put Children In The Education Driver's Seat)

In the game, children practice the complicated art of handwriting without even noticing it’s difficult, thanks to a truly compelling gaming experience. The wide variety of entertaining games captures the attention and keeps players practicing their letters and numbers, over and over again.

Though it is a newcomer on the mobile market, the Educational Serious Game has managed to reach the top of the App Store’s Education category—and to stay there.

On the surface, LetterSchool may look like just a beautifully crafted handwriting game with a lot of flash and fun, but there’s a lot more to it.

Learning how to write is a tremendous challenge for young children. They must visualize and reproduce a huge number of complex letter trajectories and memorize dozens of related phonics. Letter sounds must be associated with words and numbers with values.

LetterSchool ensures that kids absorb all this knowledge as they develop the fine motor skills they need. This optimal preparation for handwriting gives them a head start upon entering school. 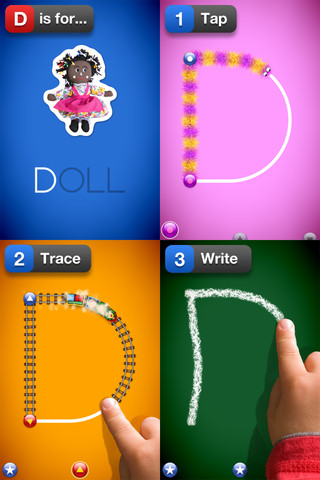 LetterSchool does everything possible to simplify the learning process. LetterSchool makes exclusive use of visual information to demonstrate letters. The Serious Game guides kids by providing subtle yet highly effective visual and auditory feedback when it intelligently detects that they need a hand. That way, young players are completely free to explore the mysterious world of letters, acquiring letter and number fluency in their own, intuitive way.

Achievements are rewarded with amazing special effects and every successfully written letter or number is recorded with a star in the menu screen. A complete set of stars provides access to the gold level, unlocking a whole new set of games. 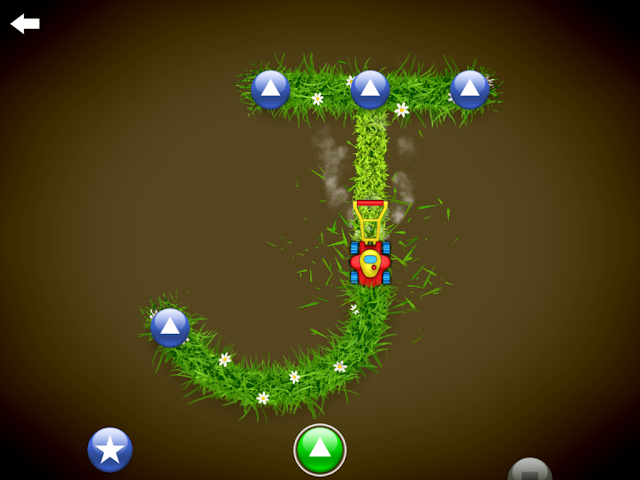 Kids learn correct letter shapes before having to worry about fitting them between lines. First all their attention must be focused on the letter shape and trajectory. This approach leads to fluent movements and, most importantly, to growing self-esteem.

Here is the full press release:

The KAPi Awards were presented on January 10, 2013 at the Consumer Electronics Show (CES®). This is the cherry atop an impressive stack of awards and accolades the app has received in its first year.

In the past few weeks LetterSchool has appeared on several best of 2012 lists, and earlier in 2012 the app was crowned Best Educational Game in the Best App Ever Awards, Best Educational App and Best Mobile App for Homeschoolers in the About.com Reader’s Choice Awards and Editor's Choice Award in the Children's Technology Review—and that’s just the top of the iceberg.

Everyone is impressed by the game’s innovative approach to handwriting instruction, its outstanding quality and its high replay value. A non-exhaustive list of the app’s awards and experts’ reviews is available at LetterSchool.com.

Collaboratively organized and produced by Living in Digital Times and Children’s Technology Review, the fourth annual KAPi Kids at Play Awards honor the best of the best in children’s technology. This year’s KAPi Award winners were selected from a pool of 712 apps, video games, toys and other commercial digital products designed for children, as well as individuals who have made their mark in the world of children’s tech.

Of the 10 awards, only two went to apps—one of them LetterSchool. The KAPi Awards panel of judges consisted of 13 journalists and experts in children’s interactive media.

LetterSchool has already been introduced into many homes, schools and therapy practices all over the world.

The game’s greatest achievement is that it creates a very stimulating learning environment, offering children a truly compelling gaming experience. The wide variety of entertaining games captures the attention and keeps players practicing their letters and numbers, over and over again. By doing so, children are practicing the complicated art of handwriting without even noticing it’s difficult. That is the likely source of the app’s success with not only children but also parents, teachers and therapists. The response has been overwhelmingly positive, and the most frequent comment is a desire for the sequel. The continuous highly positive response underscores LetterSchool’s important role as an innovator in handwriting instruction.

Install the free lite version of LetterSchool, which will allow you to reach the gold level and test-drive the free-form writing game more quickly. Reporters can also request a promotional code for the full version. Feel free to ask for our media kit containing high-resolution artwork on the contact page of our website.