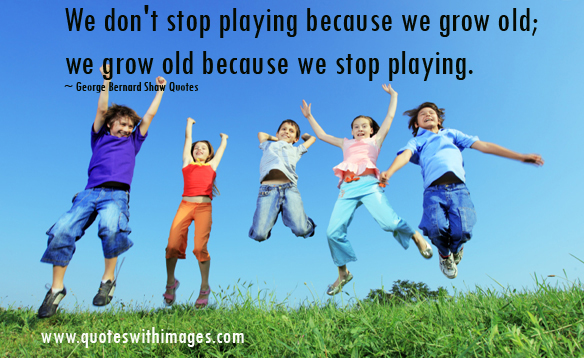 I had already addressed Wouter Grove’s Master thesis on the topic of "Serious Games" in my prior post Online Serious Games Delphi Expert Panel.

Wouter Grove CEO of Gamechangers Pty Ltd, a Serious Games consultancy based in Cape Town, is especially interested in the intersection of the trends of ubiquitous gaming, ubiquitous computing and social networks and has recently written an article for Human Capital Review - Game-Based Learning: Fad or Future?

In the article, Wouter maps the current gaming landscape and identifies the characteristics that social gaming develops in its players.

Playing at work or working at play?

Some distinctive features of multi-player, on-line games such as team collaboration, problem solving, and group decision-making have caused a lot of interest from practitioners in business, government and the military. The engaging and fun nature of games can also have piqued the interests of academics and practitioners alike.

Gartner identifies a strong trend towards workplace utilization of games:
“By 2015, more than 50 percent of organizations that manage innovation processes will gamify those processes, according to Gartner, Inc. By 2014, a gamified service for consumer goods marketing and customer retention will become as important as Facebook, eBay or Amazon, and more than 70 percent of Global 2000 organizations will have at least one gamified application.”

Kriz and Nöbaueriii stressed that learners should be stimulated to take on joint responsibility and to be proactive in shaping their own learning processes. The approach of problem-oriented learning requires the following:

a) Complex and authentic contexts, encouragement toward experience-oriented learning;
b) Multiple contexts, variety of perspectives and methods;
c) Social contexts, team learning, and teamwork; and
d) Instructional contexts, appropriate support from the teacher or trainer via debriefing by paying attention to experiences such as problem-solving strategies, cooperation, conflict, resolution, and so on.

Because gaming simulation propels these principles into action, it is an extremely useful learning methodology. Gaming simulation is an interactive-learning environment that makes it possible to cope with authentic situations that closely mimic reality.

One of the most important benefits of games, and especially simulation games, is the manner in which productive failure and creative adaptability is encouraged. Fear of punishment, either formally or socially, is typically low in social games, encouraging experimentation and creative workarounds to reach mutual goals.

Game designer, Jane McGonigal refers to this pro-social emotion being encouraged and experienced by gamers as “happy embarrassment”.

In contrast with the almost bleak picture that executives are often presented with regarding the unleadable, unlearnable, unruly and “disobedient” nature of Generation X and Y, Jane McGonigal argues very passionately that gaming has created in this generation a group of “Super Empowered Hopeful Individuals.”

The emergence and growth of computer gaming has led her to conclude that social gaming leads to the development of the following characteristics in its players:

Urgent Optimism- Incorporation of games specifically designed to align players with real problems centered in the discipline being studied, provides learners with a sense of urgency to solve the problems they encounter, and gives them a sense of optimism, both in terms of solving the immediate problem and any other problems they may encounter.

Social Engagement - Games provide the content, structure, and medium for focused social interactions aimed at solving problems. In the gaming environment, in the classroom, organization or campus, the injection of game-based problems provides learners with a reason for learning, interacting, and working together in ways only rarely seen on the traditional campus by extending learning beyond the classroom and beyond the campus.

Blissful Productivity - People are happiest when they are working hard toward attainable goals. Gamification helps students to become blissfully focused on virtual problems by asking insightful questions and developing solutions to real issues.

Epic Meaning - Theory without application has little place in a world that is all about hands-on experiences, interacting with the world, and creative thinking. Students learn best by doing and college/organizational learning should be about helping learners to change the world. The gamification of higher education and business education bridges those areas by providing students with the skills and knowledge needed to effect the changes they want to see in the world.

Online Social Gaming as a learning design and learning technology can prove particularly valuable as leadership and skills development tool within the Digimodern world.  As with any management tool, circumspection in application is required for utilization of game-based learning. The dynamics of introducing these tools in the business environment is not without a great amount of inherent complexity. Leverage points need to be identified so that change initiatives can be introduced with minimum operational risk, while simultaneously maximizing outcomes.

Everyone is a player?

The socio-cultural phenomenon of digital gaming has become pervasive. According to Fast Company it is estimated that 97% of 12-17 year olds play computer games. What is, however, more interesting, is the fact that so do almost 70% of the heads of American households.

According to Jane McGonigal, the director of game research and development at Palo Alto–based Institute for the Future, globally 350 million people spend a combined 3 billion hours per week playing computer games.

The computer gaming sub-culture is about forty years old. This has, however, been a very busy forty years. It is estimated that gamers have spent the equivalent of 5.7 billion years gaming. McGonigal puts this in some perspective by pointing out that this is how many years have elapsed since the first primate began walking upright!

The virality and stickiness of social networks is fueling this growth. DoubleClick estimates that Facebook receives 33 billion visits from its user base per month. Those users click on 31 pages per visit and stay for more than 23 minutes, generating a stunning 1.4 million user‐years per month. According to App Data, the top five social app/gaming companies on Facebook now reach a combined 430 million monthly active users.
CityVille, a popular Facebook game by Zynga went from zero users to 100 million users in 41 days!

Games have very clearly become mainstream entertainment for all ages. Some of the most successful video games even exceed movie sales.

Call of Duty: Modern Warfare 3, which launched in November, 2011, was the most successful product launch in history, grossing more than $1 billion in its first 16 days of sales. In comparison, the most successful movie of 2011, Harry Potter and the Deathly Hallows Part 2, only grossed $381 million.

Many business leaders are asking themselves how they could leverage this trend. More and more businesses are using game-based learning very successfully. One of the primary workplace benefits of gaming is that it can teach players effectively about complex systems through cause-and-effect realizations.