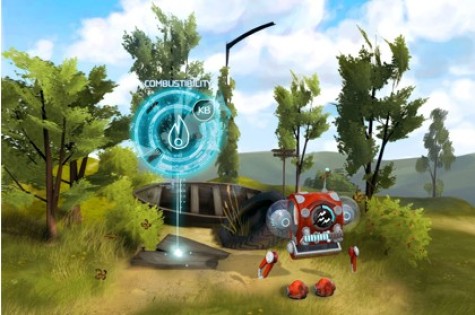 Via: OVOS – Knowledge Rules the Game

Steam Greenlight is a system that enlists the community’s help in picking some of the new games to be released on Steam. Developers post information, screenshots, and video for their game and seek a critical mass of community support in order to get selected for distribution. Steam Greenlight also helps developers get feedback from potential customers and start creating an active community around their game during the development process.

Ludwig is a 3D adventure game on the topic of renewable energies, set in a sci-fi context, for players aged 10 years and older, that offers a new dimension to physics education. It is 100% based on the physics curriculum (two physics educationalists were involved) and is about collecting and analyzing data, finding resources, exploring the interactive 3D-world, and solving quests.

Taking 3D point and click experiences to the next level, Ludwig adventures across a beautifully designed world as he tries to find parts to fix his broken spaceship. In order to do so, Ludwig must come to understand the complex physics that govern this strange world called “Earth”. Through a series of upgrades to his mechanical body, Ludwig unlocks more robust tools to analyze and understand an ever growing knowledge base of physics concepts and renewable energy sources.

2098! Mankind has left the Earth and is now living in space colonies.

Ludwig, a research robot from a faraway civilization and his spaceship are looking for forms of new energy. Unfortunately, mankind´s new space colonies are not listed on his interstellar maps, which results in a fateful crash with the physis, the biggest station with a billion inhabitants.

The crash does not only tear a huge hole into the physis´ protective cover, but also damages Ludwig´s spaceship badly enough for him to lose control of it and crashland on planet Earth. Now it´s up to the player to clean up this mess! 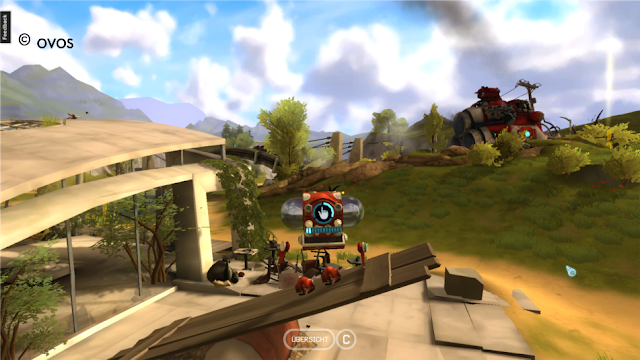 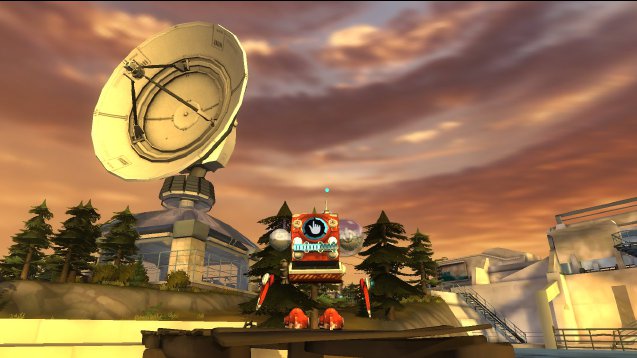 While following the storyline Ludwig has to learn about the human technologies on earth. Starting with the most basic form of energy production – combustion – he has to advance through a techtree to find and learn about more sophisticated forms of renewable energy.

Ludwig doesn´t know anything about the laws of physics on earth. So he uses his scanner to find and analyze physical phenomenon which appear in the game world. All the knowledge is stored in a dynamical concept map – the knowledgebase.

The knowledgebase is empty when you start the game. While playing, it fills step by step with new nodes. You will end up with a huge concept map of physical knowledge on renewable energies (developed together with physics teachers and educators).

The game features 4 unique “theme worlds”. The quests in each environment are based on a specific topic: combustion, water power, wind energy, solar energy. 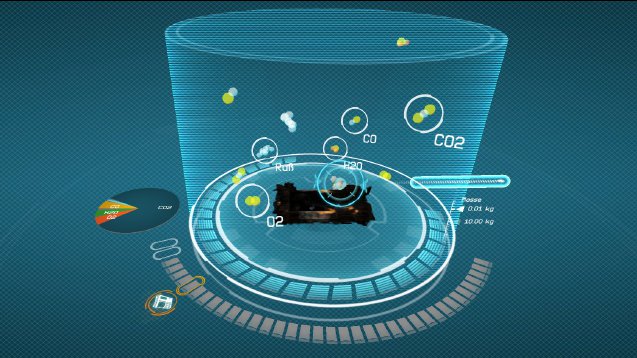 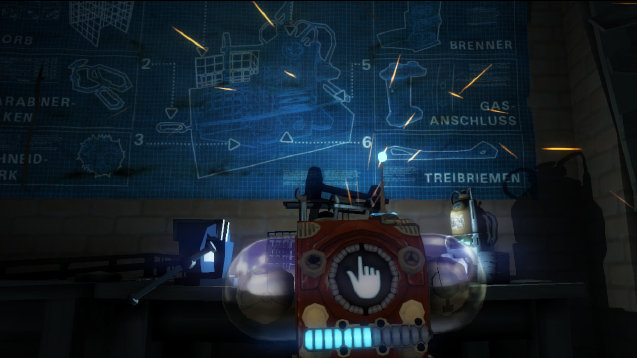 Ludwig was created by OVOS, an interdisciplinary design company from Austria, that took a unique approach to game development by looking at the core standards of some of the most common scientific curriculums and used that as a framework to build Ludwig’s journey. The concepts, and the order in which you learn them, run parallel to any major physics textbook found in a grade school classroom. This unique method allows Ludwig’s game and learning objectives to fit in to any starting curriculum, allowing students to learn traditionally and alongside Ludwig.

Play Ludwig and have fun!

The interactive agency OVOS Realtime3D has developed Ludwig in close cooperation with renowned partners who are advancing the development of Educational Serious Games in Austria: the Austrian Federal Ministry for Education, Arts and Culture, Danube University, Graz University, Vienna University and Departure – the creative agency of the city of Vienna.

OVOS realtime3D was established as the 3D development lab of OVOS Media Consulting GMBH and is mostly engaged in developing Serious Games, apart from designing and implementing interactive 3D applications.

Ever since it started in 2004, OVOS has been convinced that having fun is the best way for people to absorb content.

OVOS consists of a core team of 15 people with the most diverse backgrounds. They are trained architects, painters, computer scientists and technicians. This interdisciplinary approach constantly triggers mutual inspiration.