Serious Games As Medical Animation For Surgeon and Patient Education 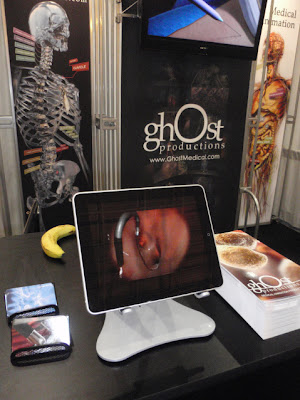 According to Ghost Productions website, “nothing explains complex surgery, anatomy, or medicine as well as 3D animation. A study performed in 2005 found that medical students who viewed 3D Animation teaching methods outperformed a control group (who viewed only surgical videos) not only in topographical understanding but also in theoretical understanding”.

Ghost uses the most advanced and efficient 3D animation software available. It is the very same platform used by blockbuster animation and special effects companies like Pixar, Industrial Light & Magic, and DreamWorks, but modified to specifically produce medical animation.

Ghost both specializes in medical animation and has mastered the art of character animation. This makes Ghost a first choice for clients who need to explain medicine accurately as well as inspire their audience with rich storytelling and novel characters.

Ghost has had the opportunity to work on some pretty interesting projects. On their Demo Reels page we may find animations created for Medtronic, Johnson and Johnson, DePuy, Osteomed, Biomatlante, Spiracur, Spineology, Cardiovascular Institute of the South, and many others. These demo reels highlight the strength of medically accurate surgical techniques as well as demonstrate Ghost’s ability to produce story-driven character animations.


He began designing with a computer in 1986 with a Macintosh 512k. It was in a summer job as a presentation designer at Metropolitan Medical Center that he discovered his true calling. While creating a slide show, his boss asked him if I he could make the graphics move. He was sent to the computer store with the corporate card and purchased his first piece of animation software.

He remained a self-taught animator a few years until he was accepted into the last 6 months of a 2-year animation program at SCA. He graduated and took his demo reel to the Burbank Animation Opportunities Expo. He interviewed with Disney, Pixar, and Dream Quest Images–to name a few. Toy Story was still very new and computer animators were pretty rare. So his whole class got some great offers. He wanted to work on movie production at Dream Quest, but he had also been offered a position at a local medical development company.  Stephan Kuslich says: “I learned a lot working in medical development. I mostly learned that I couldn't stomach the rhetoric of corporate structure. I left, re-energized Ghost Productions and began making a new life beyond the constraints of the status quo.”