e-virtuoses Evaluating And Measuring The Impact Of Serious Games 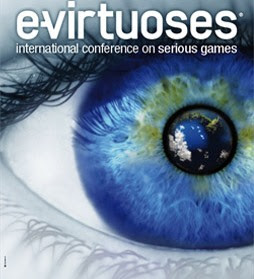 Via: e-virtuoses – International Scientific Symposium - Evaluate and Measure the Impact of Serious Games

On May 23rd in Valenciennes, e-virtuoses are organizing a scientific symposium called “Evaluate and Measure the Impact of Serious Games” during the International Conference on Serious Games to be held on May 23-24, 2012.

The event aims at enabling the projection of theoretical frameworks to evaluate and measure the impact of Serious Games, and also to report on factual results from a scientific point of view.

The impact notion is described here as the effect or influence that Serious Games generate both on users and the learning ecosystem.

The event will explore Serious Games impact at the individual, social and institutional levels, so-called micro, meso and macro levels. Organizers intend to illustrate those three levels via a) the study of a Serious Game user feedback (micro); b) the interactivity between groups of users (meso), and c) the interaction generated by a Serious Game in an organized system of any size: institution, enterprise, city or county (macro). Those three levels may make use  of different methodologies, depending on the respective scientific metric.

The event overall objective is to create a fruitful context for a debate on comparative approaches to different  disciplines  such as sciences of education, information and communication, psychology, sociology, management, computing, neurosciences,  and Arts.