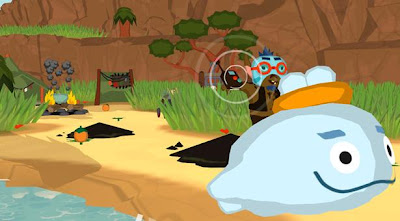 USA TODAY reported last week the growing movement of ecologically conscious Serious Games that deals with the real destiny of our actual habitat.

USA TODAY article covers Fate of the World, object of my prior post  Red Redemption Porting Fate Of The World Serious Game To Platforms Other Than PC, “the PC strategy game where players try their hand at juggling sociopolitical events, energy consumption, population growth, food production and natural disasters. As the head of a fictitious world environmental organization, the goal is to improve the global climate-change patterns over the next 200 years.” 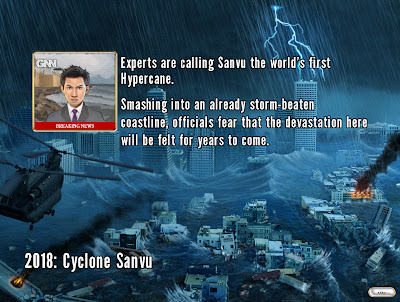 Fate of the World - U.K. studio Red Redemption, created the game after finishing the Flash-based Web game Climate Challenge for the BBC in 2006

According to the article, “while unlikely to overshadow the steady stream of mainstream video game releases, the growing green game wave is spreading from computers to home console systems and smartphones.”

As the cost of development has dropped, games have gained in popularity as a method to spread environmental messages. "Many different organizations want to put out green messages, be associated with the environmental movement and develop competence and conviction in saving energy," says Clark Aldrich.

Serious Games with environmental and ecological themes are becoming a tool for non-profits and governmental groups because, "This is an issue that resonates with the next generation," Aldrich says. "Both the inclusion of emotion and engagement make the messages stickier, and it speaks the language of the students." 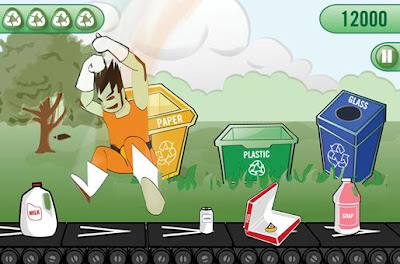 Face the Waste  - Toxic Tim tries to thwart players as they sort trash into the correct recycling bins. Find the game on the iPhone or iPod Touch for 99 cents.


The article also provides examples of Recycling Serious Games for the iPhone/iPod Touch, Web games, with a wide variety of free-to-play Flash-based games addressing environmental issues, as well as Downloadable games, like the upcoming game Okabu that will be available on the PlayStation Network (later this fall).