Via: Hannibal and Me – The Sociological Breakthrough Of Google+

by Andreas Kluth on July 20, 2011
Re-shared from Larry Ferlazzo on Google+

Among the zillions of posts trying to explain Google+ phenomenon (please find also Google+ Turns Spheres of Connections Into Serious Games ), the one that has recently drawn my attention is Andrea Kluth’s post The Sociological Breakthrough Of Google+.

“My last Facebook update said: Too busy playing on Google+ to check FB. And that was five days ago.” 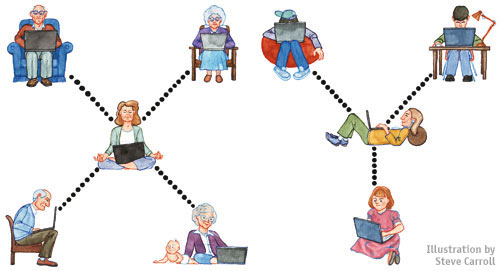 “The truth is that I’ve long been too busy doing anything to check Facebook. I’ve secretly, and increasingly, loathed Facebook since I joined it, which was relatively early (beginning of 2007, I believe), because my beat at The Economist back then was Silicon Valley, and it was simply part of my job to be fiddling with stuff like this.”

“And it is fundamentally indiscreet because it is architecturally indiscreet. (Forgive me that word play.) Meaning: you cannot distinguish easily between different degrees of intimacy among the people in your social graph. The various relationships are not discrete, not separate.”

“I still recall meeting Mark Zuckerberg, who was not yet used to meeting anybody, much less the heads of state and glitterati that surround him now, and who was awkward even by the standards of Silicon Valley’s skewed autism spectrum “Mark’s vision (as he told it to me back then) was to be a “mapmaker” (like the heroic explorers of the Renaissance) of human connections. To him that was an algorithmic challenge. I always knew that his premise was unsound sociologically.”

“Tell me: In real life, how often do you walk up to somebody and request to be “friends”, and then begin “sharing” pictures of your naked baby?”

“So now we have Google+. It has not even officially been launched yet, but seems to have passed 18 million users today. We all thought that sheer fatigue would keep all of us from filling out yet another profile. But LoL, everyone I know is already there, and we’re playing happily.”

“Google+’s crucial innovation (among many others existing or planned) is Circles. You can make as many of them as you like. They can contain 1 person, 2 people, or the entire web. Because there are things you want to share with just one person, or with 2, or with lots, or with everybody.” 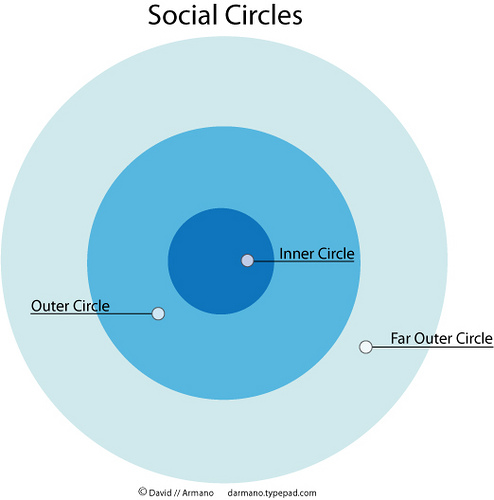 “You also don’t have to ask anybody to be your “friend”. Nor do you have to reply to anybody’s “friend request”. You simple put people into the discrete/discreet spheres they already inhabit in your life.”

“Now, if you had asked me which company I considered least likely to come up with such a sociologically simple and elegant solution, I might well have answered: Google.”

“Its founders and honchos worship algorithms more than Mark Zuckerberg does. Google then seemed to live down to our worst fears by making several seriously awkward attempts at “social” (called Buzz and Wave and so forth).”

“But these calamities seem to have been blessings. Google seems to have been humbled into honesty and introspection. It then seems to have done the unthinkable and consulted not only engineers but … sociologists (yuck). And now it has come back with … this.”