Google+ Getting Serious About Games Stream 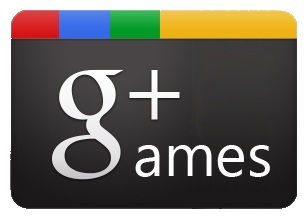 It looks like Google has some big features planned for Google+  including a Google+ Games product.

Google’s Help Pages for Google+ have officially confirmed the upcoming Games Stream, a place where results from Gaming (or Serious Gaming, who knows?) would be pulled together:GamePro reports today: “It looks like the addition of Social Gaming to Google+  service is happening soon, if the official help document is to be believed.”

”If you’re looking for updates shared from games, check out your Games Stream” the help article suggests, though this morning the link it mentions was leading to a 404 page.

GamePro also reports today: “It looks like the addition of Social Gaming to Google+  service is happening soon, if the official help document is to be believed.”

Google's help document as pictured earlier today, with a reference to the Gaming Stream service (circled in pink). Update: The mention of Games Stream has now been pulled from the help page.

GamePro says “When the addition of games to Google+ was first rumored, many questions were raised about how people would be able to avoid game notifications if they weren't interested. Would users have to manually add gamers to their own separate Circle? Would there be a means of filtering specific content out? No-one knew.”

“However, it seems Google has paid attention to users' concerns”, GamePro adds, “and has decided to constrict game updates to their own separate stream. That sounds like a good solution for everyone involved. Those who enjoy a game of CityVille (you know who you are) can play and send all their begging notifications to their friends while the rest of the community can remain blissfully unaware if they so please.”

“The exact nature of gaming on Google+ has not been detailed, though the search giant has confirmed that APIs will be available for third-party developers to hook into the network. Leaks suggest that Google was already in talks with some gaming companies. However it’s also possible that Google+ could be used to pull in Android game results, turning the site into an online leaderboard of sorts.”