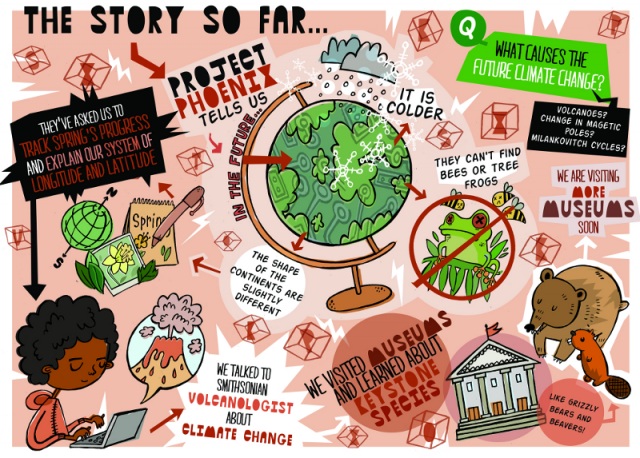 Vanished is a special science-mystery Serious Game created by MIT researchers on behalf of the Smithsonian Institution, as a novel experiment in alternative science education

Vanished" is a two-month-long game, which debuted the week of April 4 and will end by May 31, 2011, meant to inspire engagement and problem solving through science and intended for middle-schoolers aged 10 ½ - 14 years. Players can sign up any time, since the game provides recaps to cover what was missed. Participating in Vanished is free, and players can spend as much or as little time as they want.

The premise is that people living in the future have contacted us in the present, to answer a question: what event occurred between our time and theirs that led to the loss of civilization's historical records?

Students must decode clues in hidden messages, and in response find and provide information about Earth's current condition, such as temperature and species data, to help people in the future deduce what wound up happening.

Vanished  is intended to take the problem-solving and critical-thinking skills kids often develop playing other forms of videogames, and translate those habits into a scientific context; the goal is to help students experience science as an engaging process of mystery and discovery.

Developed and curated by MIT's Education Arcade and the Smithsonian Institution, Vanished also provides a unique opportunity for players to collaborate with Smithsonian scientists, MIT students, and their peers online.

More than 5,000 students have registered for Vanished and approximately 4,000 messages are being posted daily on the site's forums, where participants discuss clues and share information.

Players can only solve the mystery by using real scientific methods and knowledge to unravel the game's secrets. Most of Vanished investigations take place at the computer, or collecting scientific data in player’s backyard or school yard.

Students can also hunt for clues at 17 Smithsonian-affiliated science museums nationally. Participants may or may not have a museum in their area. However, museum events are optional: players can have a full experience even if they don't go to a museum - they can attend online videoconferences with Smithsonian scientists instead. 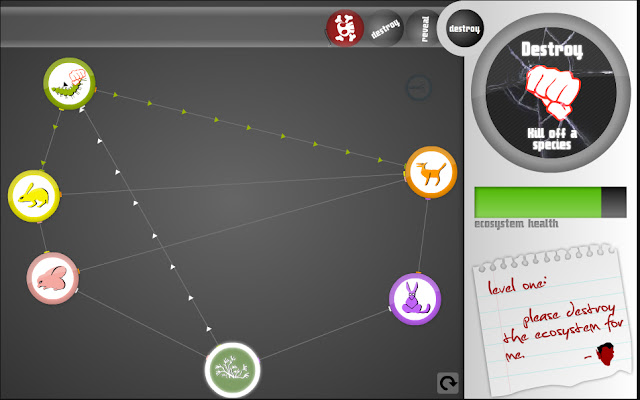 A mini-game in the Serious Game Vanished teaches kids about how organisms interact in an ecosystem.
Credit: MIT Education Arcade

There aren't prizes in Vanished - the reward is solving the mystery together.  The ending of the story can only be discovered with the help of the players' investigations!

MIT researchers hope that participating in Vanished will help break down myths among students, and help them realize that in asking questions and hunting for information, they are performing tasks central to science.

A Model For The Future

The creation of Vanished took place after the MIT researchers won the grant to develop the game from the National Science Foundation (NSF) in 2009.

The NSF has an interest in projects such as Vanished due in part to the agency's findings, over many years of research surveys,  that much of the public science knowledge comes from outside the classroom. The grant for developing the game came from the NSF's program in Informal Science Education, which seeks new ways to interest students in science.

Scot Osterweil, research director of MIT’s Education Arcade, is one of the masterminds behind the game.

As Osterweil says, "We're convinced that game playing is a lot like science: there is problem-solving, exploration, collaboration, hypothesizing, testing and learning from your failures.”

Vanished was produced by a team of researchers in Comparative Media Studies and several students in MIT's Undergraduate Research Opportunities Program (UROP). The MIT researchers hope to use the game as a model for the creation of future online science-education tools, and have created metrics to assess its performance.
﻿