As reported by GamePolitics, “the Department of Defense has developed a new simulation technology to help the Navy track enemy submarines and they are testing it by rolling it into a computer game.” 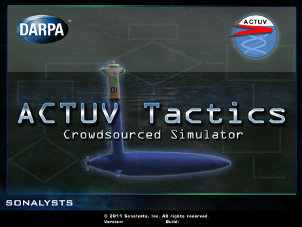 "Serious Games" players are going to test the new technology.  DARPA has integrated it into the Dangerous Waters computer game by Sonalysts Combat Simulations and is making the ACTUV Tactics Simulator available online as a free downloadable Serious Game

Sonalysts, Inc., under contract to the Defense Advanced Research Projects Agency (DARPA), has released the crowd-sourced computer simulation, "ACTUV Tactics". This freely downloadable PC simulation from DARPA will allow players to operate the ACTUV (Antisubmarine Continuous Trail Unmanned Vessel) as it attempts to track an unknown submarine threatening the coast of the United States. By analyzing how the best players use ACTUV to complete their missions, DARPA hopes to gain insight into optimal tactics and capabilities to be implemented in the prototype system.

Tracking a submarine is dangerous and difficult mission for conventional Navy systems. If a robotic vessel could be built to do the job, it might offer more reliable ways to keep track of the subs and free up valuable ships and crews for other vital missions. DARPA has studied the problem and come up with a concept for a vessel that looks like it has the right tools for the job. But what would be the best way to use these new tools? What behaviors should the future ACTUV computers employ in order to follow a submarine? What are the best tactics for ACTUV to acquire and track a submarine while safely navigating, complying with the “Rules of the Road,” and dealing with all of the challenges of operating at sea? That's where the ACTUV Tactics simulation is designed to help.

Using the sonars and other sensors of a simulated ACTUV vessel, the players will try to find and follow a submarine in a series of missions of increasing complexity. At the end of each mission, the players will be requested to send the results of their game play to DARPA to be analyzed to see if they have discovered an optimal strategy. There will also be five variants of the ACTUV available in the game, providing insight into which characteristics are most valuable. High scores for each ACTUV variant will be shown on a public leader board on the DARPA website.

ACTUV Tactics is based on the Sonalysts Combat Simulations - Maritime Simulation Engine, used for many naval training and simulation projects. The engine was used for the "Dangerous Waters" commercial naval combat game, released in 2005.

DARPA has released a free game developed by Military Sim Company Sonalysts. The game tasks you with tracking submarines while negotiating waters filled with non-combatants. As players progress through the scenarios they have the option of uploading their winning tactics to DARPA, which will integrate them into the Serious Games used to train naval officers in anti-submarine tactics. 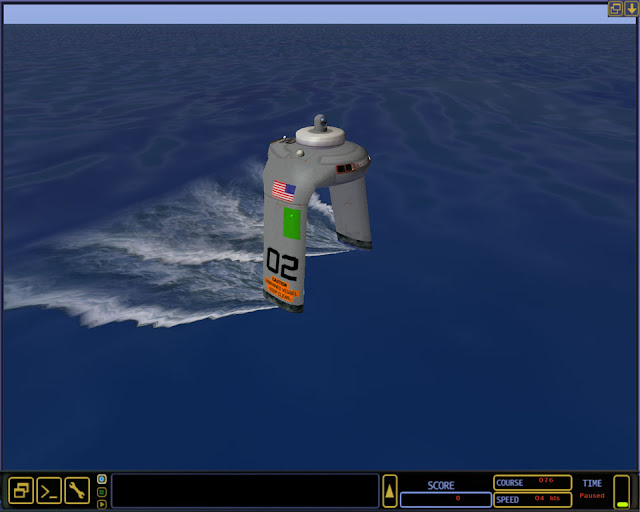 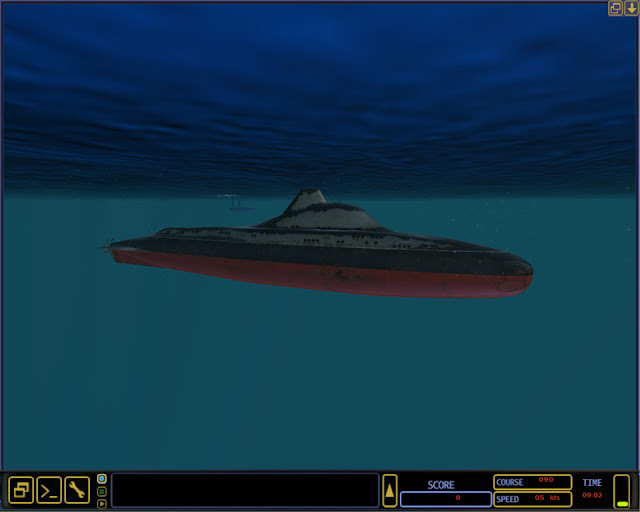 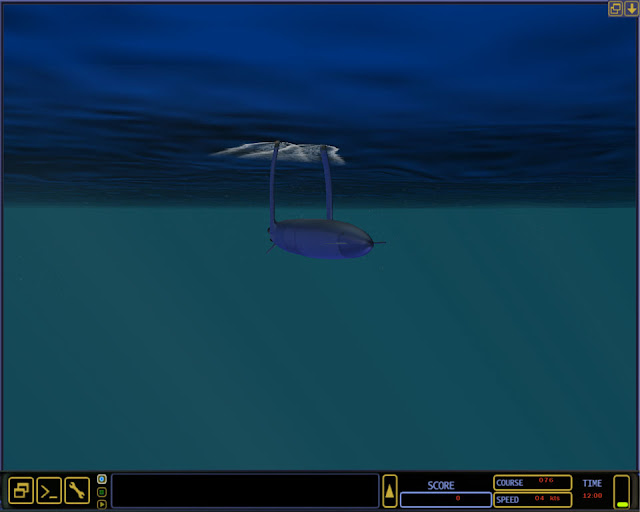 DARPA’s ACTUV program is developing a fundamentally new tool for the Navy’s ASW toolkit and seeks your help to explore how best to use this tool to track quiet submarines. Before autonomous software is developed for ACTUV’s computers, DARPA needs to determine what approaches and methods are most effective. To gather information from a broad spectrum of users, ACTUV has been integrated into the Dangerous WatersTM game.

This software has been written to simulate actual evasion techniques used by submarines, challenging each player to track them successfully. Your tracking vessel is not the only ship at sea, so you’ll need to safely navigate among commercial shipping traffic as you attempt to track the submarine, whose driver has some tricks up his sleeve. You will earn points as you complete mission objectives, and will have the opportunity to see how you rank against the competition on DARPA’s leader board page.

You can also share your experiences and insights from playing the simulator with others. As you complete each scenario in the simulation, you may submit your tracking tactics to DARPA for analysis.  DARPA will select the best tactics and build them into the ACTUV prototype.