Serious Games Helping To Push Cereal Boxes Off The Shelves 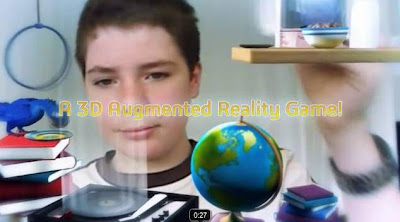 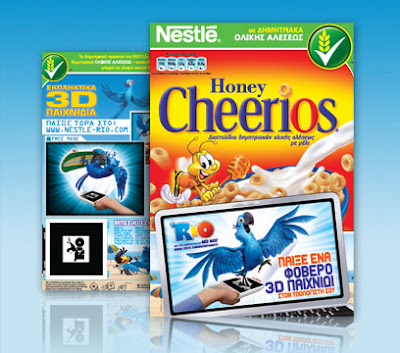 Since mid March consumers in over 50 countries have been able to purchase select Nestle cereal and play RIO online using just their cereal box and a webcam.

Players of the RIO AR game must lead Blu, the main character of RIO, to a big bowl of cereal on screen using a marker from the back of the cereal box. Webcams read this marker as a cup carrying small bits of cereal. Players scatter these cereal bits throughout the level to lead Blu to the giant bowl at the end﻿.

RIO, the 3D Augmented Reality Game, is the third AR game Dassault Systèmes has worked with Nestlé to produce. However, it is the first of these games to launch worldwide in 29 languages and on 26 million cereal boxes.

According to Juniper Research, the use of Augmented Reality by major brands to advertise their products is driving interest in the technology from both developers and consumers.

They forecast that, by 2015, global revenues from AR applications and services will approach $1.5 billion driven, in part, by the huge adoption of smartphones capable of running AR apps - up from 8 million in 2009 to more than 100 million in 2010.

3DVIA® is the newest of Dassault Systèmes’ six brands. Their philosophy is simple: establish 3D as the universal language for businesses and consumers to communicate.

Their suite of products makes it easy to create experience and share your visions accurately and without boundaries, besides your imagination.

"Fortune 500 companies like Nestle, Boeing and BMW are realizing the potential of what gaming technology can do for them, whether it is a sales tool, a marketing piece or serious training," Jonassen said.

The first time 3DVIA put augmented reality markers on Nestle cereal boxes was in France, where the company's share of the cereal market reportedly grew 1.6 percent. "It helps push cereal boxes off shelves," Jonassen said. "It is a pretty effective tool."