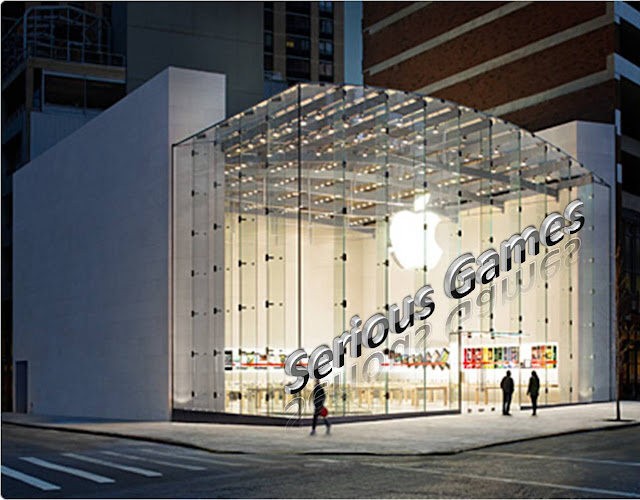 Red Redemption believes that "Serious Games" can be done on a commercial scale, making them a viable business for publishers that are becoming increasingly risk averse.

However, as with all game development it's a struggle to realize the final product. Red Redemption spent as much as £200,000 raising £1 million from investors, faced death threats over the subject matter and had to work the system in order to score more finance through the R&D tax credits offered by the UK government, according to CEO Klaude Thomas.

"I just felt that there was there was a market here, and it was actually feasible to develop Serious Games commercially," said Thomas, of his decision to leave big budget games development and enter the Serious Games market.

"We're still away from quite proving that, but I think it's a high concept that I'd like to prove. We'd also like to get into a position where we can ourselves sponsor other projects in this area - that would be incredible."

As big publishers aren't yet convinced enough to invest in Serious Games, the easiest route to finance is through venture capitalists, according to Thomas, who warned of the high costs involved in raising money.

"Altogether, we raised about £1 million, but we didn't spend all of that on the game. I would guess that we spent at least £100,000 or £200,000 just on raising the money and administrating that," he said in an interview published today.

"This is a really important thing if anyone else is thinking of raising money this way. It takes a lot of work and time and money to do the administration. We spent quite a lot of legal and setting up our licenses and distributor. We spent something - not enough, probably! - on promotion. All told, we probably spent £500,000 or £600,000 on developing the game itself, probably about £400,000 on other things."

"That's quite an important component - that's usually enough money to run the studio for a few months. It's very important to do, and to be very assiduous about, and that will be more so in future.

"The UK is basically a terrible place to do games development work in terms of any advantages from tax and so on, but our experience has been that HMRC has been basically very cool to deal with on the R&D at least."

Thomas also believes that an interest in Fate of the World's climate change subject matter helped score the VC investment.

Based on the research of Dr. Myles Allen at Oxford University, Fate of the World simulates the social and environmental impact of global climate change over the next 200 years. Fate of the World is a dramatic global strategy game that puts all our futures in your hands. You must manage a balancing act of protecting the Earth's resources and climate versus the needs of an ever-growing world population, who are demanding ever more food, power, and living space. Will you help the whole planet or will you be an agent of destruction? 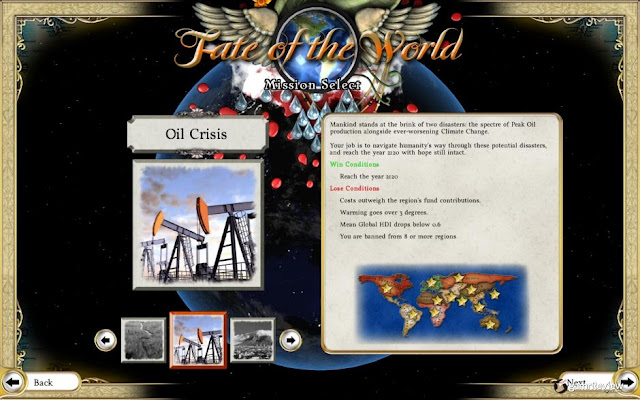 "No-one ever came by and put money in without looking at the business plan and what they might receive and return, but equally I don't think anyone came to us looking solely at making a straight game investment.

"It's definitely because of the hook, because it was of interest to the wider society. It wouldn't even necessarily need to be climate change, but I bet you'd have a really hard time getting funding this way from a fantasy game or sci-fi game."

Red Redemption has encountered some resistance from those that consider serious subjects inappropriate for videogames, but they are in the minority, according to Thomas.

"We had one person saying that we should either be locked up or executed. And we've had some people quite against the whole idea, but that's really the minority. I would say less than 5 per cent of respondents. Most people have been really positive about it."

As Red Redemption now looks to take Fate of the World to other formats - Mac, Android and iPad - Thomas highlighted the opportunity for game developers to make Serious Games where currently there is enthusiasm from academics who don't necessarily have the right background.

"I looked at a lot of Serious Games at the time, and essentially most of them were taking a subject and pushing it onto a game. That's not really the right way to do it. The gameplay has to emerge out of the subject, ideally, or map very tightly to it."

"I think that's because a lot of the Serious Games community are not people who are out the outset game-makers, but they might have been teachers, or someone with a particular interest in a subject. So what they're doing is often not really doing the job of fabricating a game, but taking a dressing of a topic or political point and then lying that onto an existing game - that might not produce a very good mapping."