RECAP: Serious Gaming And The Psychology Of The Reward Schedule 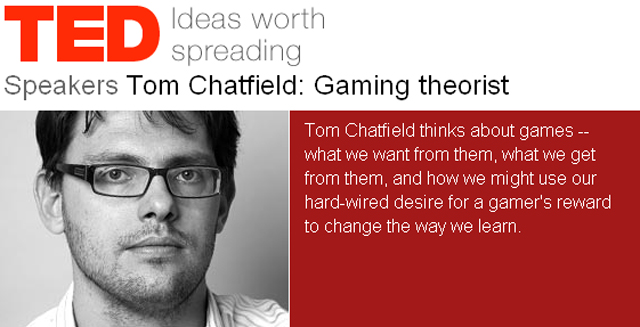 Though this is not a brand new TED Talk it is definitely timely, namely due to the depth to which Tom Chatfield explores the psychology of Serious Gaming reward schedule and reward-driven behaviors.

As we bring gameplay into more aspects of our life, Tom Chatfield talks about one compelling aspect of Serious Gaming: its measurability. Parceling out rewards at carefully calibrated percentages, games collect realms of data about what humans truly find rewarding, and precisely how hard we're willing to work for a win.

It can be difficult to wrap one's mind around the size and the reach of modern video- and online-game culture. But gaming is not only outstripping more-traditional media in revenue (it overtook music in 2008), it's become a powerful lens to re-examine our culture at large. Tom Chatfield, a longtime gamer, is the arts and books editor at the UK current-affairs magazine Prospect. In his book Fun Inc.:Why Gaming Will Dominate the Twenty-First Century, he argues that games, with their immersive quests and deeply satisfying (and carefully designed) virtual rewards, are a great place to test new approaches to real-world systems that need a reboot.

More than a game journalist, Chatfield is a game theorist, looking at neurological research on how games engage our pleasure centers -- and then looking at a world where millions of videogame-veteran Generation Z'ers are entering the workforce and the voters' rolls. They're good with complex rule sets; they're used to forming ad hoc groups to reach a goal; and they love to tweak and mod existing systems. What if society harnessed that energy to redefine learning? Understanding the psychology of the videogame reward schedule, Chatfield believes, is not only important for understanding the world of our children -- it's a stepping stone to improving our world right now.

TED Talks is a daily video podcast of the best talks and performances from the TED Conference, where the world's leading thinkers and doers give the talk of their lives in 18 minutes. TED stands for Technology, Entertainment, Design, and TED Talks cover these topics as well as science, business, development and the arts. 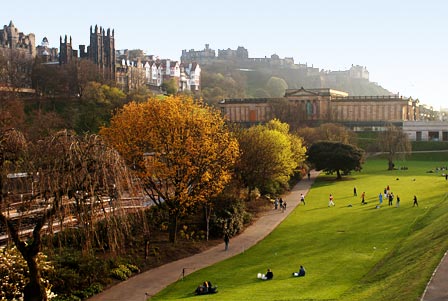 In 2011, TEDGlobal will be held for the first time in Edinburgh, Scotland, July 11-15, 2011, at the fantastic Edinburgh International Conference Center. Its beautiful main theatre, its foyer and its vast spaces, right in the middle of downtown, will be the central hub of TEDGlobal.
﻿